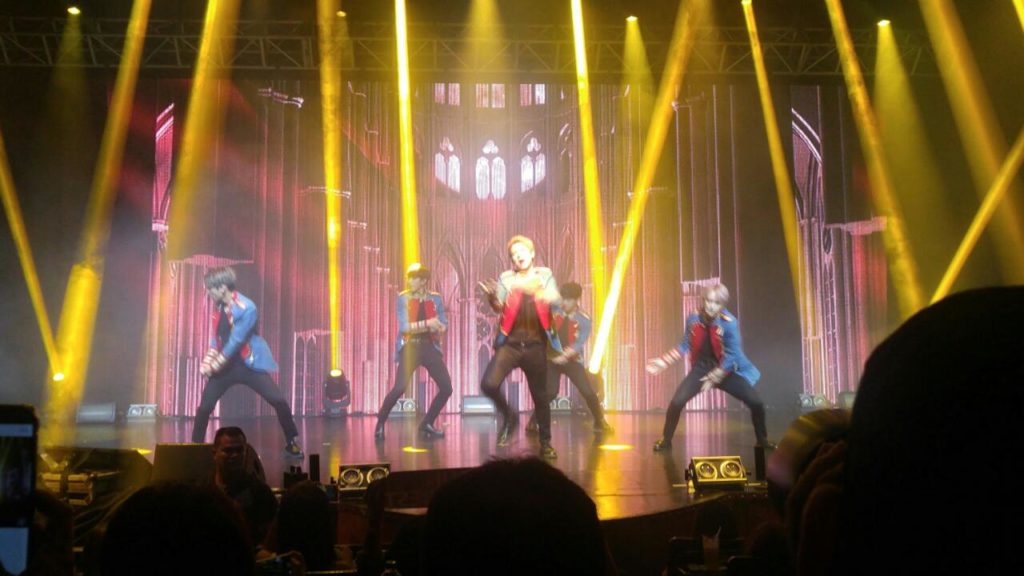 The boys of B.I.G set the stage on fire during their first fan meeting event in Manila entitled “B.I.Ginning: B.I.G Asia Tour in Manila” last September 2 at the Music Museum.

Staged by All Access Production, the event gave BEGINNINGs (B.I.G’s fandom name) a chance to interact closely with their idols.

Apart from performing original songs like “HELLO HELLO,” “1.2.3,” “APHRODITE,” “ARE YOU READY?” “Between Night n’ Music,” and “HELLO (Annyeong Haseyo),” they treated Beginnings to solo and special unit stages.

Benji treated their Beginnings to a soulful violin performance. He was then joined by J-Hoon and Gunmin, forming their vocal unit, and sang Justin Bieber’s “Love Yourself.”

Their rap unit members, Heedo and MinPyo, also displayed their skills in a thought-provoking performance. J-Hoon showcased his love for EDM as he played a special performance where he was joined by Gunmin for his solo dance stage.

During their performance of their ballad song, “U Hear Me,” fans reciprocated their love as they threw dozens of paper planes to the stage towards the end of the song.

Aside from the paper airplane fan project, fans also prepared video greetings and various gifts for the boys which were all presented onstage.

B.I.G ended the night on a high note with the members appearing behind the crowd giving away candies to fans and performing a medley of KPop songs by artists like PSY, Im Chang Jung, BLOCK B, Twice, BIGBANG, and G-Dragon.