Some Korean Pop idols have come a long way from being talented performers—through their singing and dancing skills on stage—to convincing acting on cam these days. They slowly enter the television drama industry and have been greatly acknowledged by continuously being offered a supporting or even lead roles.

As a matter of fact, it attracts a lot of viewers than ever before because of the fans behind these K-pop idols who give their utmost support in every drama which features their favorite Korean stars.

Below are some of your favorite female K-pop idols who have also made their mark in the Korean television drama industry with their hit Korean TV dramas.

Well-known for her title as “Nation’s Sweetheart” of South Korea, Lee Ji Eun or IU for stage name basis is a soloist who started off in LOEN Entertainment as a trainee back in 2007. At an early age of 15, she already made her debut album, Lost and Found. Although it was from her lead single, Good Day, from Real album which led her to ultimate stardom from going on top of music charts for a long time. She can also produce and write songs in her albums. 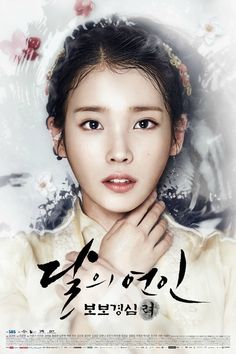 “Moon Lovers: Scarlet Heart Ryeo” is IU’s first historical drama and her most recent drama aired last 2016 which led her the Heart-wrenching Award under the Idol Academy Award and Best Couple of the Year with her co-actor and leading man, Lee Jun Ki, in the 2016 SBS Drama Awards.

In the beginning, IU played Go Ha-Jin, a 25-year-old woman in the 21st century until she was later transported in the Goryeo era after a total solar eclipse. There she wakes up in the body of a young girl named Hae Soo who always gets involved in the complicated lives and issues of the royal princes of Wang family. 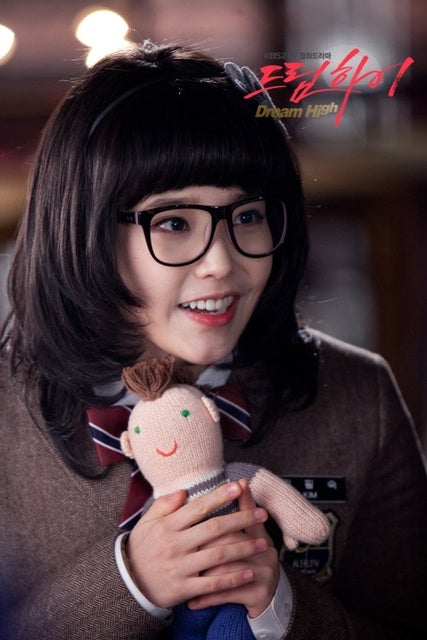 “Dream High” marked IU’s acting debut in television drama as one of the main casts. Here she was nominated for KBS Drama Awards for Best New Actress, Best Couple with Jang Wooyoung, Baeksang Arts Award for Most Popular Actress (TV) and Mnet Asian Music Award for Best O.S.T. for her song, “Someday.”

She played the role of Kim Pil-Sook who was initially overweight. She then works hard to lose weight to pursue her dream of being a singer. Her perfect pitch makes her stand out among the rest.

Highly regarded as “Nation’s Ideal Type” in South Korea based on plastic surgeons who ranked her as no. 1 in facial proportions, Im Yoon-Ah or mostly referred to as Yoona is also the face of the “Nation’s Girl Group” which is SNSD or Girls’ Generation. She has gone through 200 auditions before officially debuting as a member of the leading Kpop group. She spent five years of training on singing, dancing and acting. 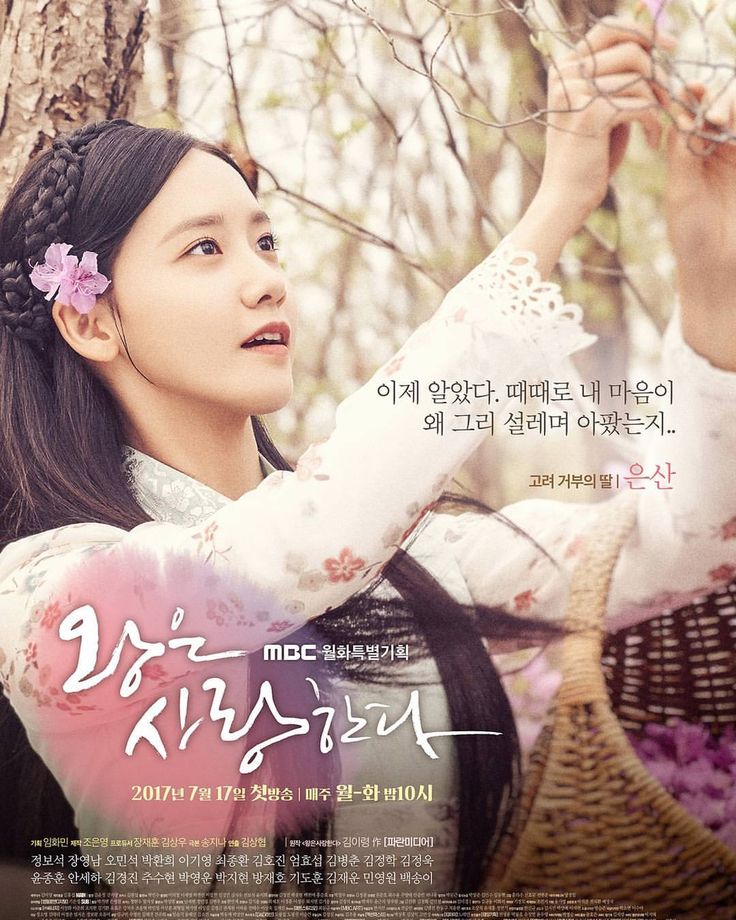 Based on the novel of the same name, “The King in Love” is Yoona’s second historical drama after God of War set in China last 2016 but this is the first one which is set in South Korea. This Korean drama is still currently airing since July 2017. It was scheduled to end this late September 2017.

Yoona has two identities here as Eun San and So Ah because despite being born as a noble daughter with strong will and striking beauty, she hides her identity in order to survive. 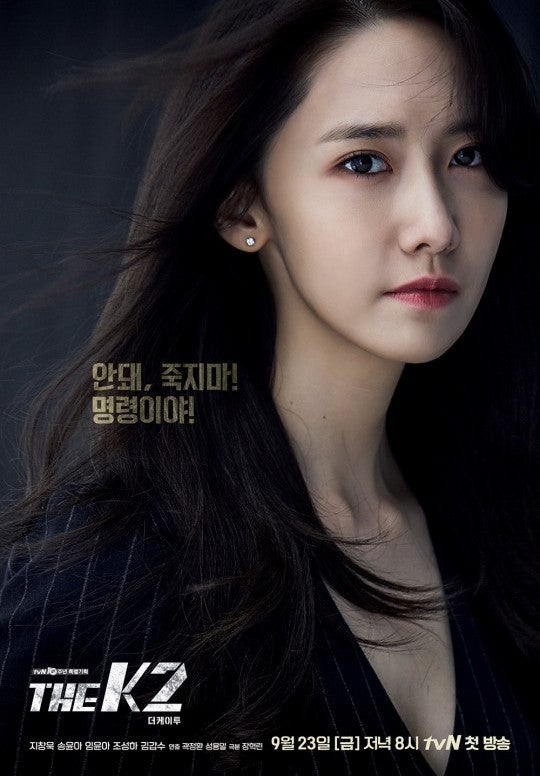 Deviating from her bubbly image in her previous romantic comedy dramas, Yoona took the role of Go An-na in the action, melodrama “The K2” last 2016. Her character suffers from social phobia from traumatic experiences in her early childhood. She gained positive reviews upon her acting skills in this drama based on both viewers and critics.

Bae Suzy of Miss A

One of the Korean actresses who earned the “Nation’s First Love” title alongside Descendants of the Sun’s Song Hye Kyo & Legend of the Blue Sea’s Jun Ji-Hyun, Bae Su-Ji or better known as Miss A’s Suzy is under JYP Entertainment for getting scouted and trained for just a year after she auditioned for Mnet Superstar K. She was regarded to be the first female Korean celebrity to reach 100 million followers on Twitter and also the first to win a singer, movie and drama rookie award. 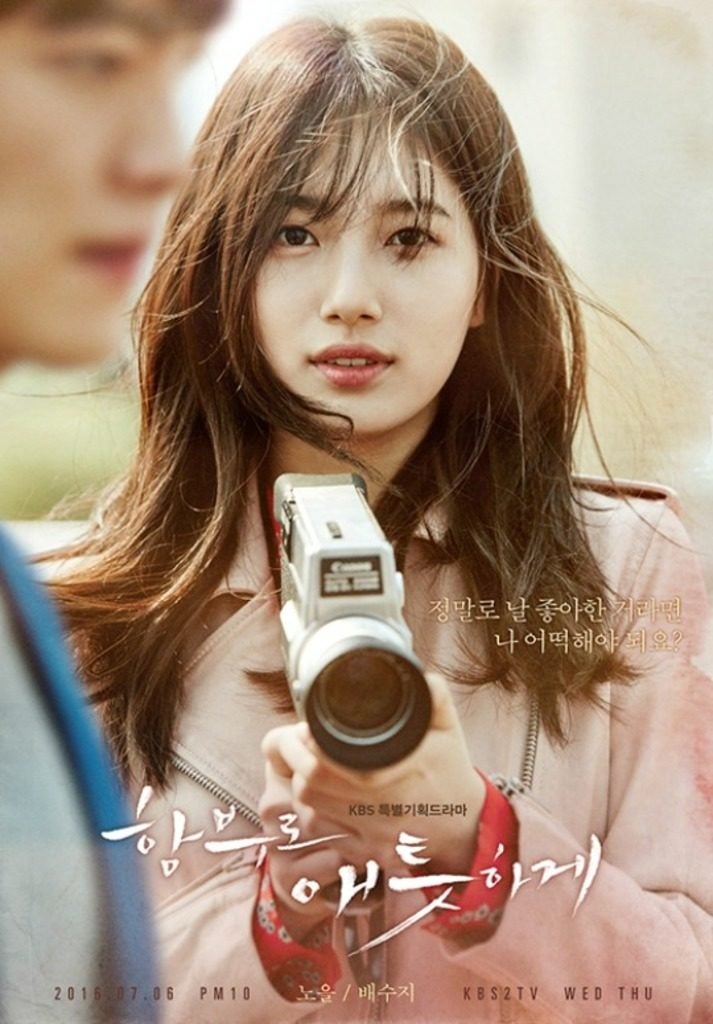 Suzy portrayed the role of Noh Eul, a documentary producer. She had a tough childhood and was separated to Shing Joon-Young (Kim Woo-Bin). They later met again as an adult due to a documentary project. 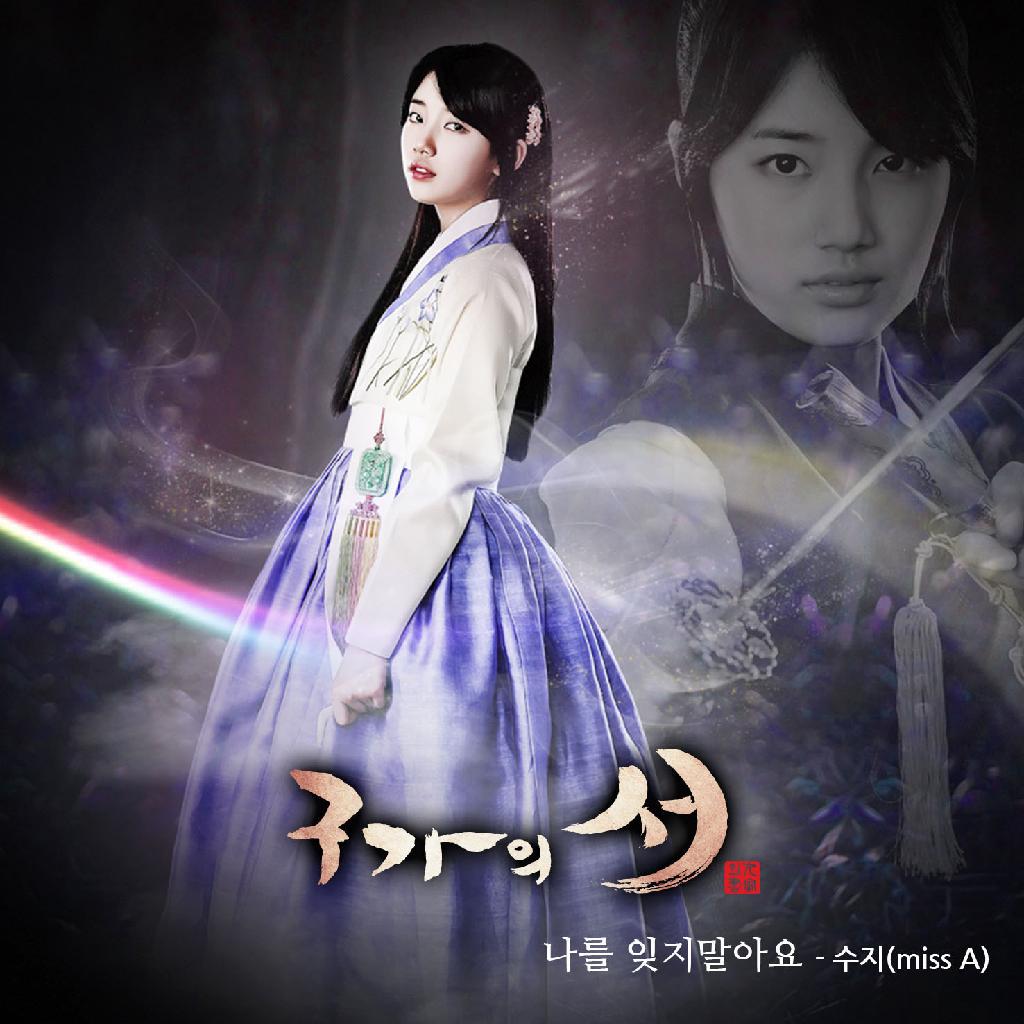 “Gu Family Book” challenged Suzy’s acting skills in this fusion martial arts action historical drama as a martial arts instructor named Dam Yeo-Wool for her expertise in using bow and arrows. This role landed her the most acting awards and nominations after her television debut, Dream High.

A multi-talented singer, songwriter, actress and voice actress,  Jung Eun-Ji is mostly known as the Kpop group, Apink’s main vocalist after passing an audition on November 2010 even without any professional training background. She debuted as a solo artist with her mini album, “Dream,” containing six tracks on April 18, 2016. 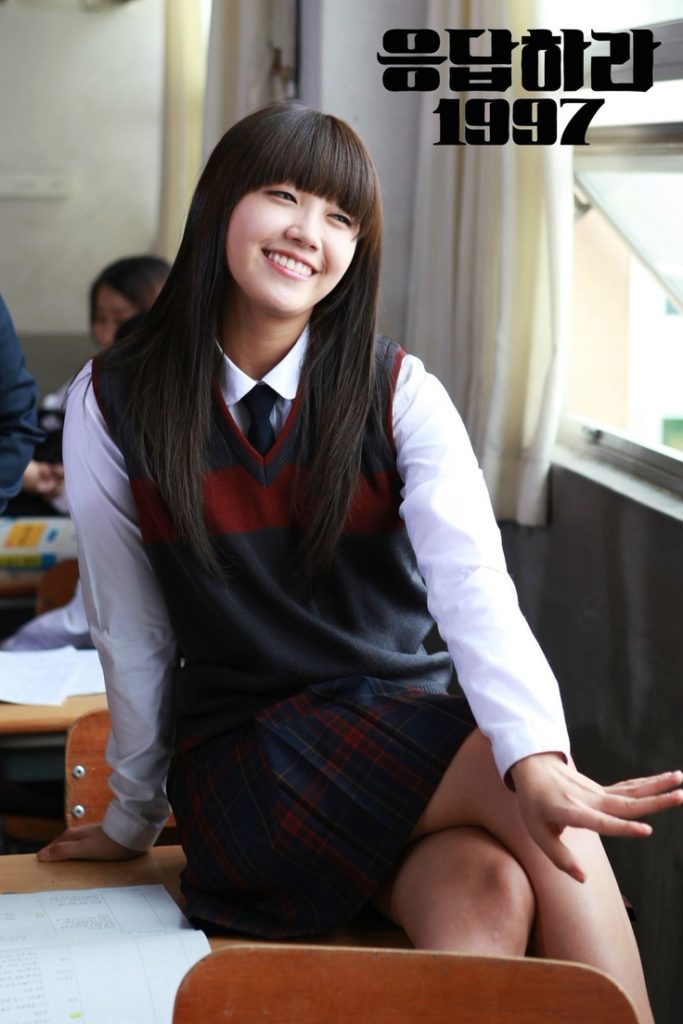 In 2012, Eunji made her acting debut in a coming of age story and considered as one of the most high-rated Korean series on cable television as Sung Shi-Won, an ultimate H.O.T. fangirl in the third drama of Reply Series named “Reply 1997.”

Although still a beginner here, she was praised by critics and viewers alike for her natural performance and getting a lead role in her first drama. She received numerous awards not just for her acting but her singing ability as well, having sang an OST with her leading man, Seo In-Guk, entitled “All For You.” 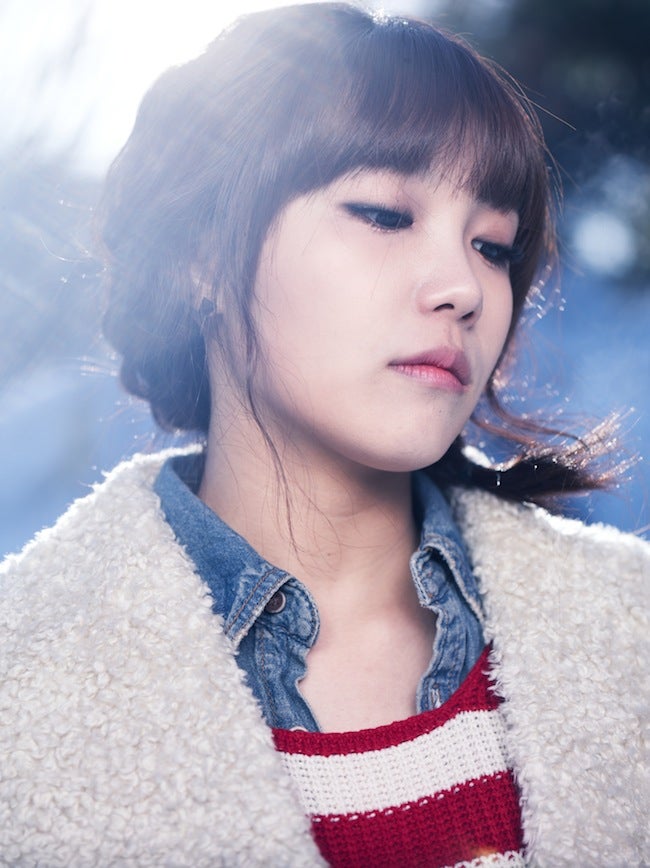 “That Winter, The Wind Blows” is Eunji’s second drama in a supporting character role. She was Moon Hee-Sun, a happy-go-lucky person who loves flowers. She won two acting awards despite not being one of the lead roles. She received the Best Performance Award in the 2nd APAN Star Awards and the New Star Award in the SBS Drama Awards.

An American singer and actress based on South Korea, Jung Soo-Jung or better known for her English name, Krystal Jung rose to popularity as the lead vocalist of Kpop group, f(x), back on September 2009 after getting spotted by SM Entertainment with her elder sister, Jessica Jung who debuted as part of SNSD / Girls’ Generation. She started off in the entertainment industry by appearing in television commercials on 2002 and was trained for three years before officially debuting as a part of f(x). 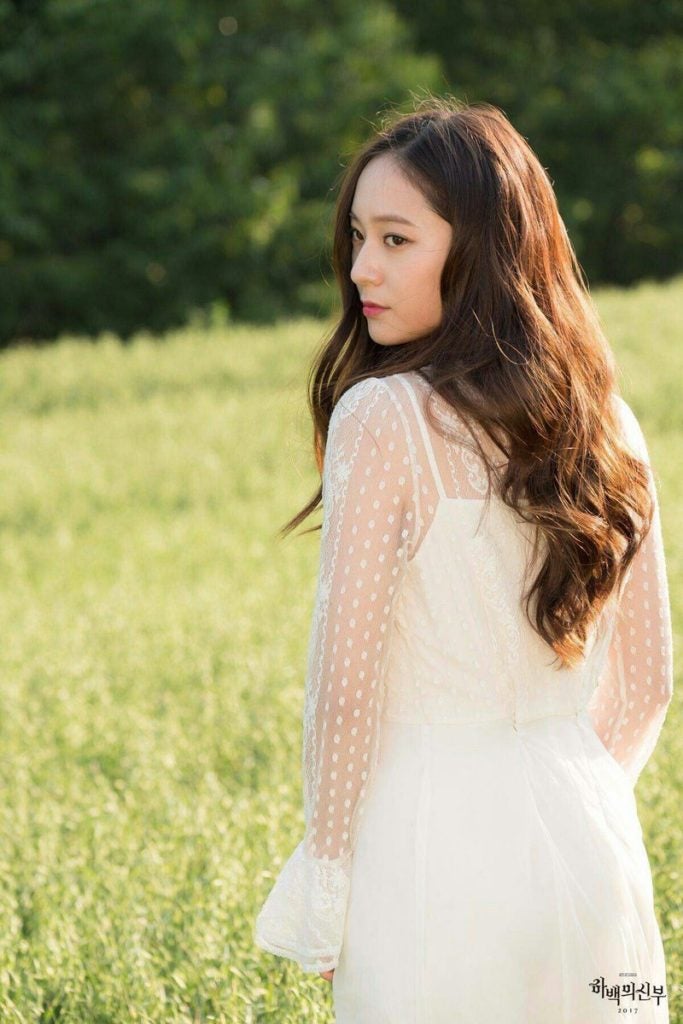 “Bride of the Water God” is Krystal’s latest drama of 2017 which is still currently airing since early July and scheduled to end this late August. It is a live action version of a Korean manhwa relocated to a modern day Seoul. She acts as both Moo-Ra and Hye-Ra for having two identities: a water goddess and an actress. 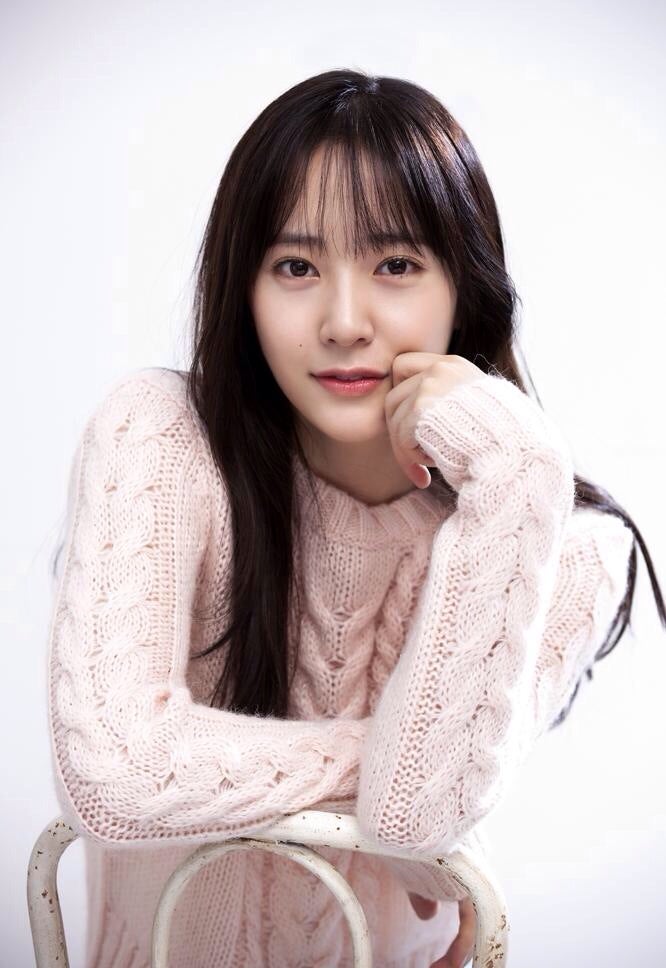 “My Lovely Girl” provided Krystal’s first leading role back in 2014. She portrayed the character of Yoon Se-Na, an aspiring singer & songwriter. She also got to showcase her singing skills in her “All of a Sudden” OST. She also won the Most Popular TV Actress in the 51st Baeksang Arts Awards through this drama.