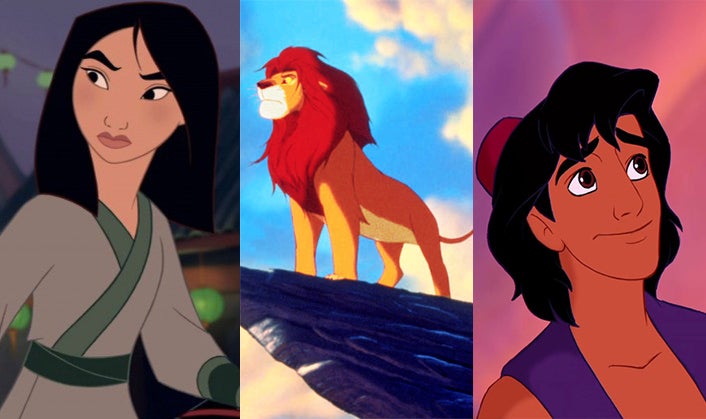 Get excited! Disney will bring 19 more animated movies to life

After the success of the live-action adaptations of Cinderella, Maleficent, The Jungle Book, and Beauty and the Beast, people will get to relive some of their favorite Disney classics in a live-action remake.

Recently, it was revealed that the next in line is the remake of Mulan which will be released in November 2018. The film slated to be directed by Niki Caro, earned outrage from fans after it was first announced that unlike the animated version, the live-action adaptation won’t be a musical and the male character Li Shang won’t be in the film. However, recent news claimed that Caro cleared that there might be music after all but there’s still no update on Li Shang’s status on the film.

The Lion King will also get its own remake which will be directed by Jon Favreau who previously directed the remake of The Jungle Book. Favreau announced on Twitter that Community actor Donald Glover will play Simba and Star Wars alum James Earl Jones will reprise his role as Mufasa in the upcoming film. Beyoncé is said to be the top choice to voice Nala, according to Variety.

Tim Burton, who previously brought Alice in Wonderland to life, will also work in the reimagining of the Disney film classic Dumbo.

We’ll probably see a background story of the Genie in Aladdin in a prequel movie called “Genies”. Although it seems exciting to see and know more about the Genie, it makes our hearts ache a little to know that iconic actor Robin Williams won’t be the voice of Genie anymore and it won’t be the same again.

We’ll also see a whole new world of Aladdin as it will also get a revamp with director Guy Ritchie. Producers said that the film will definitely cast Middle-Eastern actors and promises that the film will be diverse and authentic to its world.

Before winning an Academy award for her lead role in La La Land, Emma Stone was previously confirmed to play Cruella De Vil. Emma will be starring in Cruella, an origin story about the iconic Disney villain.

While we’re seeing a lot of mermaid movies these days, The Little Mermaid will always be our favorite. Luckily, we’ll get to experience the world under the sea again in a live-action adaptation of The Little Mermaid.

Winnie The Pooh’s own remake will center on an adult Christopher Robin returning to Hundred Acre Wood to meet up with his childhood companions.

Despite several live-action adaptations of Peter Pan, Disney will take us again to Neverland as a new live-action Peter Pan film will land on the big screens soon.

And because life needs a little bit of magic sometimes, Tinker Bell (with her pixie dust) will have her own movie spin-off! Disney earlier confirmed that Reese Witherspoon was tapped to play Tinker Bell in the new live-action adaptation.

Most Disney film classics have had Prince Charmings present in the story to capture the hearts of Disney Princesses. This time, Disney will venture into a story centering about several Princes throughout Disney history.

The Disney animated film The Sword in the Stone chronicles the humble beginnings and the legend of King Arthur. Brian Cogman who has written several episodes for HBO’s Game of Thrones is said to be writing the upcoming live-action version of the Disney film, and people can expect that it might have a touch of the action-packed and intense Game of Thrones series.

13. James and the Giant Peach

Disney did a claymation version of Roald Dahl’s book in 1998. For its remake, Academy Award winner Sam Mendes is slated to direct the live-action of James and the Giant Peach.

A Pinocchio live-action version which will be loosely based on the 1940 animated film is also in the works. However, Disney may be competing with Warner Bros. where Robert Downey Jr. will be taking a break from his Iron Suit and will play Pinocchio’s creator Geppetto.

Based on the “Night on Bald Mountain” sequence from the 1940 Disney animated film Fantasia, the live-action film will center on the demon gargoyle Chernabog, “…a dark winged creature who raised spirits from the dead,” the Hollywood Reporter said.

16. Snow White and the Seven Dwarfs

Disney’s first animated feature Snow White and the Seven Dwarfs will also have its own reboot with new music from those who wrote the lyrics for La La Land.

18 & 19. Maleficent and The Jungle Book Sequels 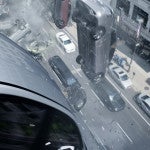 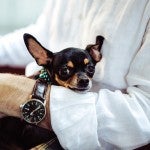 There’s a legit “Bring Your Dog to Work” day in Scotland and it’s definitely Paw-ntastic!