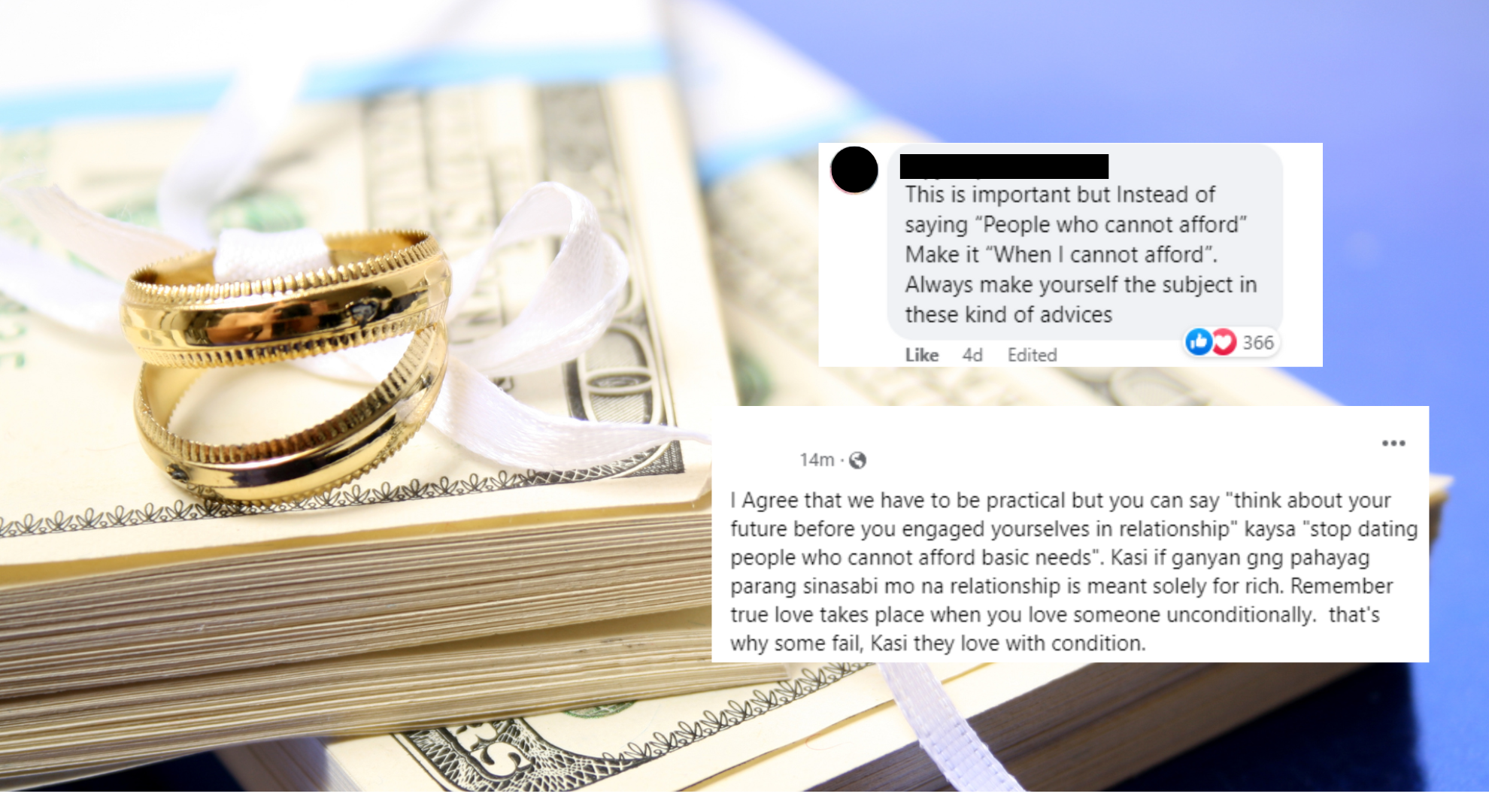 Dating beyond your social class: The real cost of being in a relationship

Growing up, we were made to believe that love conquers all.  Some fairy tales tell us it’s possible for one to simply possess beauty and kindness to enamor a prince’s kingdom, and films like Crazy Rich Asians say that no towering wealth of Singapore’s most eligible bachelor can intimidate his greatest love for a working-class woman.

One can truly dream to live life through rose-colored glasses. However, here’s the brutal reality that’ll wake you up from your slumber: people online are debating whether one’s bank account can define their capacity to be in a relationship.

One Facebook user posted a “CTTO” post that as of writing has garnered 59k reactions, 1.7k comments, and 58k shares,with the message asserting that people should stop dating those who “cannot afford basic things”.

While some could relate, many rebutted and felt that this statement has elitist and classist written all over it.

But because there are two sides to every story, let’s try to understand why this statement is both realistic yet somehow reflects a classist way of thinking when weighing one’s financial status versus their capacity to be in a relationship.

Let’s be real, when we are asked about the things that we want to see in our future partners, a well-thought-of list ranging from physical qualities, personality, principles, and capabilities that we probably spent so much time altering, pops up in our head.

But besides the preferred individual attributes and relationship dynamics, sharing your life with someone also entails that one would open up their lifestyle to a completely new person. And that’s either they possess similarities and understand your daily obligations and must-haves, or be in complete shock as to how they would live with it without feeling intimidated or uncomfortable.

This is where material inequality, class differences, and power dynamics come into play.

It’s not to say that dating outside your social class is not realistic, but rather, it’s a manner of preferences and non-negotiables.

In an article by Fast Company,*Ruchika is someone who came from money and comfort while her husband is from a middle-class family in India. Knowing their sizable difference in upbringing and values, the couple immediately aired their concerns about money early in their relationship— “we were able to talk about money, where we wanted to live, our long-term goals, and how many children we wanted,” this was where Ruchika’s husband said that he feels uneasy taking money from her family.

The couple then set their boundaries and compromises like when Ruchika took down the offer from her family to pay the downpayment for their house, and her “non-negotiables” such as allowing her mom to buy her plane tickets every time she visits Singapore.

Besides their tangible differences, their class divide also lurches to the surface from the way they approach their professional life. For Ruchika, no job satisfaction is more important than the amount of salary she gets paid—which she admits is a hugely privileged statement given the way she was brought up. Conversely, her husband sees that no job difficulty can amount to the financial security that it can give.

Ruchika and her husband’s setup, however, is an ideal example of couples who were able to make it work despite their differences. On the other end of the spectrum, some can’t imagine dating or being in a long-term relationship with someone outside their social standing.

A 2019 research from the University of North Carolina called their findings a pattern of “assortative mating” where 45% of their upper-class participants said they would not consider even entering a relationship with anyone from a different social class.

While some prefer to stay inside their circle of comfort, whether it’s from hard-earned money or trust fund from their upbringing, others don’t mind compromising after finding the significant half that fulfills them in unexplainable ways that money talks simply can’t.

At the same time, one’s obligation to share their fortune differs from the relationship dynamic of couples who already swore the oath of marriage versus those who are still basking in the early years of their relationship. If the former is already an obligation to your other half,  the latter simply can’t put the burden of their lifestyle on their partner if they can’t sustain it for themselves to begin with.

Put simply, being upfront with your intentions, limits, and expectations on the get-go solves everyone the headache in the long run.

But to completely ignore the bearing that class and money weigh in a relationship is naive according to Dr. Jenny van Hoff, a sociologist of personal life.

“The view that relationships abstracted out from material inequality is naive. Inequality and power affect all aspects of everyday life, including love and relationships,” she said in an article with Dazed.

The Power of Privilege

Whether we like to admit it or not, being in a relationship costs something.

Quality time means doing leisure activities costs money, transportation fees, paying more than the meal that you would usually have at home, and sometimes even paying for their half as a sign of your admiration.

But to draw the line and claim that people can’t date those who “cannot afford things”, as said by the Facebook user in question, is a statement framed wrong and classist.

So do we mean to say that people from the impoverished side of society can’t enjoy the bliss of being in a relationship?

Opportunities don’t come easy for everyone, especially in a third-world country that suffers from unemployment and massive economic inequality, it’s considered a privilege to have one in your early years.

Your family’s economic condition, the resources available, the community you live in, your innate capabilities, the education that’s afforded to you, and the network of people that comes with it, all play an important role to understand one’s privilege.

While you’re filling up your resume by joining all of your university’s organizations or signing up for that first decent-paying job, others spend hours on the road just to attend their community school, some even can’t afford education because they had to work to keep their families fed.

If you were able to save up enough money to enjoy your early 20s or have financial backing from your family (read: Generational Wealth) that granted you a hefty savings accounts, others had to cut their paycheck to provide for their families, taking into context the Filipino culture of “utang na loob”–the centuries-old concept of being indebted to someone who did you favors before. In Filipino culture, sons and daughters are indebted to parents for raising them, so now it is their obligation to take care of their parents now that they are older and can take care of the finances of the household.

What does it take for one individual to say that they have their basic needs fulfilled?

Is it to be able to eat three meals a day or a fridge full of your weekly run to the grocery? Is it to afford the daily public transportation fee that keeps on rising due to inflation or to have your car filled with gas to take you places?

Does reward for you means that you can finally buy yourself bags, clothes, a nice dinner, or a day at the spa? Or does it mean to be able to buy your family what they need?

So maybe the next time you assert yourself as someone who can afford and can proudly call out people who can’t, try to do a reality check first.

Per referenced article, *Pseudonym has been used to keep anonymity

Edging, the P spot, zombieing: Dating terms to know in 2022 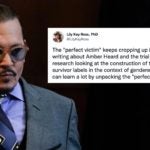 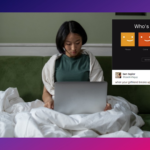