Live Nation Philippines is thrilled to announce that 7x GRAMMY winner U.S. pop sensation Billie Eilish brings her hotly anticipated Happier Than Ever, The World Tour to Manila on August 13 at the SM Mall of Asia Arena.

Marked as her first live dates in Asia, Eilish will headline arenas and stadiums in other key cities which includes Seoul, Kuala Lumpur, Singapore, Bangkok, and Tokyo. The shows come off the back of her #1, critically acclaimed sophomore record Happier Than Ever – out now via Universal Music. Eilish’s tour dates in North America, the U.K. and Europe were recorded sold out since it started in May 2021.

Tickets to Happier Than Ever, The World Tour in Manila will be available starting on June 27, 10AM, Monday, via smtickets.com and its outlets. Fan Club Pre-sale is on Friday, June 24 at 10AM – 11:59PM (online exclusive) and exclusive for Live Nation PH members on June 25 at 10AM – 11:59PM (online exclusive). Register as a Live Nation Philippines Member at LiveNation.ph/register to get access to concert news and updates.

In just four years, Billie Eilish has become one of the music industry’s greatest success stories, with an incredible 7x GRAMMY wins and 10x nominations, her music accumulating over 73 billion streams globally.

Debuting at #1 on Album Charts worldwide in July 2021, the new album Happier Than Ever… “fully establishes Eilish as one of her generation’s most significant pop artists,” wrote NME in their 5-star review. Rolling Stone called it “heroically

honest,” while DIY Mag noted it’s “not just a triumph in progressing a signature sound into new territories, but a lesson in how to own your reality with confidence and class.” Weaving razor-sharp wit, everyday observations, secrets, and escapades, Happier Than Ever explore what it means to be a complex human being navigating the modern world. Eilish has delivered her rawest, most confessionary work to date.

One of the most crucial pop artists of our time, on September 3, 2021, Eilish made her Disney+ debut with Happier Than Ever: A Love Letter to Los Angeles – a cinematic concert experience filmed on the stage of the legendary Hollywood Bowl and featuring an intimate performance of every song on Happier Than Ever in sequential order, performed for the first and only time. 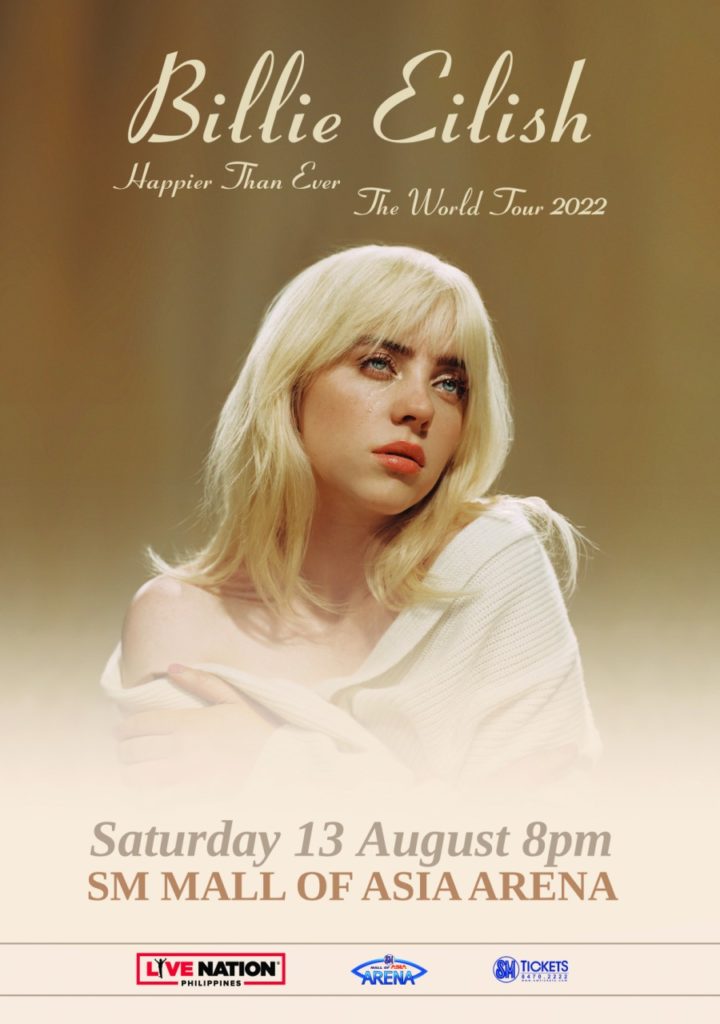 On her Happier Than Ever, The World Tour, Eilish will continue her work with sustainability partner REVERB, which focuses on climate action and climate justice, hosting and supporting local and global environmental organizations and a comprehensive program via REVERB’s Music Climate Revolution campaign. In addition to reducing the tour’s environmental footprint, the initiative will support projects that directly and measurably eliminate greenhouse gases. These collective efforts will make the tour Climate Positive; eliminating significantly more emissions than the tour creates. 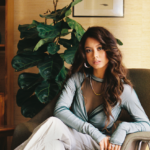