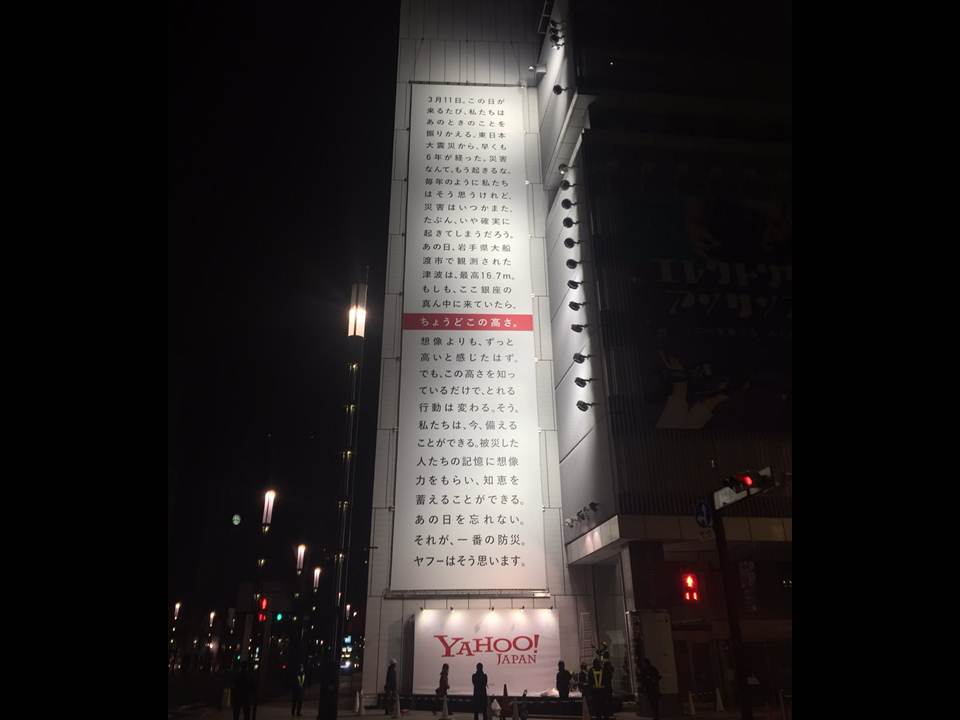 A sign showing how tall the tsunami that hit Japan six years ago was put up by Yahoo! Japan in one of the skyscrapers in Tokyo.

The Sony Building in Ginza district will hold the chilling sign until March 12 in commemoration of the tsunami that hit Ofunato City located in Iwate Prefecture last March 11, 2011 — killing more than 300 citizens and destroying 3,500 homes.

The sign depicts how high the wave was — marked with a red line at 16.7 meters (54.8 feet). The said height was reported by Yahoo! Japan but Kyodo News Media estimated that the wave reached 23.6 meters moving it further up above the marked red line.

The visual representation makes it even more terrifying to imagine.

Aside from marking the height of the tsunami, Yahoo! Japan leaves a somber message that serves as a warning for the next disasters, and a reminder of how short life can be:

Every year, when 3-11 comes, we look back on what happened on that day. Six years have already passed since the Great East Japan Earthquake. We tell ourselves that disasters won’t happen again. But someday, a another disaster will probably, no, definitely occur.

On 3-11, in Iwate Prefecture’s Ofunato City, the maximum height at which the tsunami was observed was 16.7 meters. If the tsunami had happened here, in the middle of Ginza, it would be exactly this [the red section’s] height.

It’s higher than one would imagine. But just by knowing how high it is, the actions we take can change. We can make preparations here and now. We can receive the understanding and knowledge through our memories of the victims.

We won’t forget what happened that day. Yahoo believes that this is the most important part of disaster preparedness.

As we remember 3/11, let us not dwell on the horrors it has brought, but how people continue to thrive through unity and solidarity in spite of it. 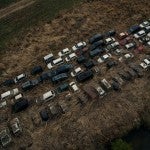 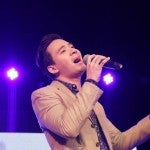 IN PHOTOS: Erik Santos directs his own benefit concert and pays tribute to OPM icons in “Powerhouse 2”