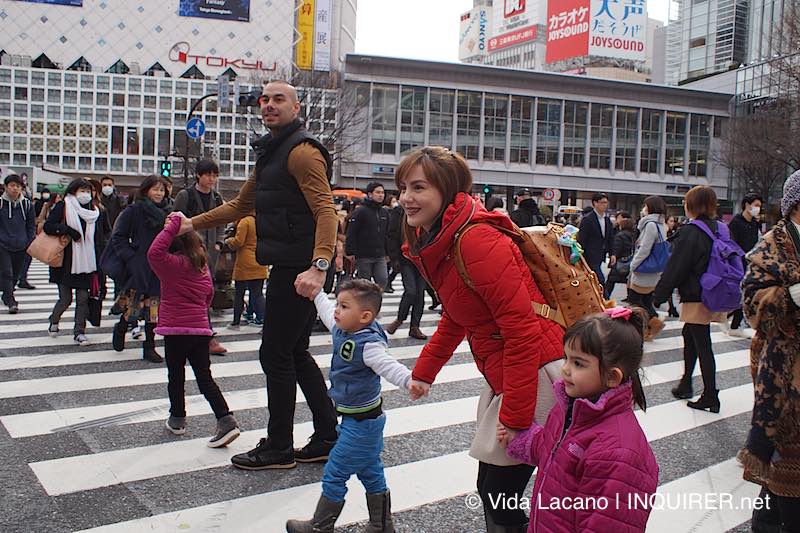 Japan, as a country, is known for its great economy, wonderful cycle of seasons, technological advancements, historical landmarks, and its highly efficient population. Japan, as a culture, is known for its rich traditions, amazing cuisine, unique art, and kawaii (cute) contributions in the world of pop culture. With the richness of Japan’s culture and heritage that’s available for travelers and tourists to experience anytime, it’s no surprise that Japan is always among the top picks of travel bureaus around the world

But you already know that.

This time, we look at Japan–specifically Tokyo–from the viewpoint of one of the most influential families in Philippine entertainment: none other than Team Kramer! The Kramer family, comprised of basketball star Doug Kramer (the dad), actress Cheska Garcia-Kramer (the mom), and celebrity endorsers Kendra, Scarlett, and Gavin (the kids), were flown by Japan National Tourism Organization to Tokyo, Japan last January 12, 2017 to experience Japanese life and culture, first-hand. The family arrived at the Narita airport late in the afternoon to a chilly 5-degree weather, a welcoming experience for a family who lives in a country with tropical climate. The Kramer kids had an undeniable look of amusement on their faces as they were welcomed by a gust of ice cold afternoon wind, which Doug was able to document on his Instagram account.

After being driven to Dai-Ichi Ryogoku Hotel in Ryogoku, Tokyo for a quick unpacking and resting, the family changed into fashionable layers of clothing suited for the cold Japan weather. The family wasted no time in exploring the beautiful Tokyo metropolis. The whole family and crew immediately went to Odaiba, where they spent the remaining hours of the day visiting DiverCity Tokyo Plaza, home of the world’s only full-sized Gundam statue. Doug and Cheska were able to see a part of their childhood in its full, larger-than-life glory. This may be specially bittersweet not just for the two, but also probably for the many tourists present at the time, as the Gundam statue is set to be torn down by March this year. Team Kramer was also able to enjoy the Tokyo sunset amidst the view of the Rainbow Bridge. Here is a photo of Cheska and Doug doing their trademark “flying kiss” photoshoot with the Rainbow Bridge in the background.

For Day 2, the group went to Sumida Hokusai museum early in the morning for a rundown of the cultural contributions of Katsushika Hokusai, a ukiyo-e type of artist whose artwork is rendered on woodblocks. The second half of the day was spent in Tokyo Disney Sea, where the whole family was able to see and interact with some of the most iconic Disney characters to date. It was delightful in the sense that the kids were able to experience the Disney magic in an environment that’s closest to the US version.

Day 3 saw an even more culturally-rich itinerary that, without doubt, the Kramers enjoyed. In the morning, the family was taken to a place that features an interestingly odd facet of Japanese culture, which is creating plastic food samples!

The Yamato Sample store in Toshima, Tokyo, lets visitors and tourists create their own miniature food sample made of silicone blend and numerous rubberized tiny versions of food ingredients such as fruits and pastries. The place not only offered a venue for creativity, but also a respite for the intensifying cold weather outside that was noticeably dropping every hour. The Kramer girls Scarlett and Kendra enjoyed creating their own plastic dessert models, which the store manager gladly taught them. Everyone was able to bring home their own creations, nicely boxed and ready for display.

Team Kramer then had lunch at a very quaint ramen restaurant just a few minutes away from Yamato Sample. The restaurant, which specializes in ramen and other soup-based Japanese dishes, offered piping hot meals to the Kramer family as well as the staff and crew, which was very fitting for the weather that was already way below 3 degrees at the time.

After having momentarily recovered from the icy cold weather, the team went on their way to visit one of Tokyo’s main tourist attractions–the Shibuya Crossing. The Shibuya Crossing is a staple Tokyo tour destination as it offers a peek into the lifestyle, modern culture, and even fashion of cosmopolitan Japan.

Doug led the whole Kramer family to pass through the famed crosswalk, even getting the opportunity to carry Kendra for an Instagram-worthy shot in the middle of the busy location. Right after crossing Shibuya, the family also gathered around another famous tourist spot within the area of Shibuya–the Hachiko monument. The Hachiko monument is Japan’s ode to the country’s most famous loyal dog; the kids had the opportunity to have their photo taken beside the bust of what is probably most famous akita dog in the world.

What made the short Shibuya visit even more amazing was that while the Kramer team was thinking of ways to fully maximize the area, Tokyo experienced a 15-minute rush of snowfall that made everyone squeal out of excitement, including the Kramer family as admittedly it was their first time to experience. “I don’t care what they say,” quipped Doug in between thrilled shrieking. “It’s our first time and we’re excited!”

Afterwards, the rest of the team and crew spent the afternoon touring Harajuku, another area in Tokyo packed with retail outlets, shopping centers, food stalls and kiosks, Kiddyland Toy Story (where the whole family momentarily shopped for toys at) and…a candy laboratory. That’s right–a candy laboratory for all ages!

The shop, Candy Show Time, allows tourists to see the marvelous creation of sweets, much to the delight of The Kramer kids who watched candy magic happen from mixing to packing. As the sun started to set, the weather temperature dropped down to zero degree, forcing the tour guide to cancel the last stop for the day which would have been Akihabara, the famous area of Tokyo that’s haven for otakus, or fans of anime and manga. The family and crew decided to eat dinner earlier than the scheduled time, enjoying melt-in-your-mouth wagyu beef in an upscale yakiniku (barbecue restaurant) somewhere still in the vicinity of Akihabara. Due to the weather dropping below zero, everyone had to be taken back to Dai-Ichi Ryogoku Hotel. The Kramers huddled for warmth for the rest of the stroll in Akihabara, a very adorable sight in an already freezing Tokyo.

On the last day of the tour, the Kramer family and their whole entourage started the day earlier than usual as hotel check out had to be done. After checkout, the Kramer family was taken to a rickshaw station just a few strides away from the famous Asakusa Temple in Tokyo. Rickshaw rides, a more basic form of our standard horse carriage or kalesa wherein carts are pulled not by horses but by people, are staple tourist activity in the area. Cheska and Doug split the family and crew among four rickshaws, and were hauled all over the Asakusa area, with the zero-degree weather wind blowing on their faces.

As the weather for the day was a little too cold for the kids, the tour guide once again had to cancel the visit to Asakusa temple. But not wanting to miss out on this opportunity, the Kramer family quickly stopped by the area to have photos and videos taken, before proceeding to the Tokyo Skytree for lunch and last stop of the tour.

At the Tokyo Skytree, which is currently the tallest man-made structure in all of Japan, the team ate a delicious lunch of assorted tempura and miso soup and celebrated the youngest Kramer’s birthday. Gavin turned four in Japan.

After lunch, the family and crew went on to visit the viewing deck of the Tokyo Skytree. Usually recommended for evening visits for a look at Tokyo’s nighttime skyline, the day trip offered a fresh view of Tokyo from 1,150 feet where one can see the tower overshadowing a few areas of the city.

The Kramer family and its crew spent the rest of the Skytree visit taking photos and selfies, before going down to a enjoy a few more minutes of frenzied shopping time at the Skytree inside the Tokyo Solamachi, where shops ranging from baked goods to fashion to all things Pokemon were busy with tourists doing last-minute shopping.

After 45 minutes, the whole group was driven back to Narita airport for their business class flight back to Manila via Japan Airlines. Even inside Narita airport, the family was still able to enjoy a bit more time of shopping and wandering, as there were still a lot of shops to visit and sights to see inside the airport.

Even a few weeks after their Tokyo trip, the Kramers continued to upload photos and videos of their January travel–hard proof that the family enjoyed the four days that they roamed the city that’s full of wonderful surprises and endless possibilities.

It’s still winter in Japan until March 20th! Whether you plan to make the most out of the remaining winter season this March, or plan to start your Japan winter vacation December this year, get first dibs on all your travel information from the Japan National Tourism Organization. Click or tap here for more details. 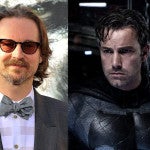 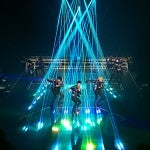