Rakrakan: OPM Against Drugs Festival! In less than 3 days 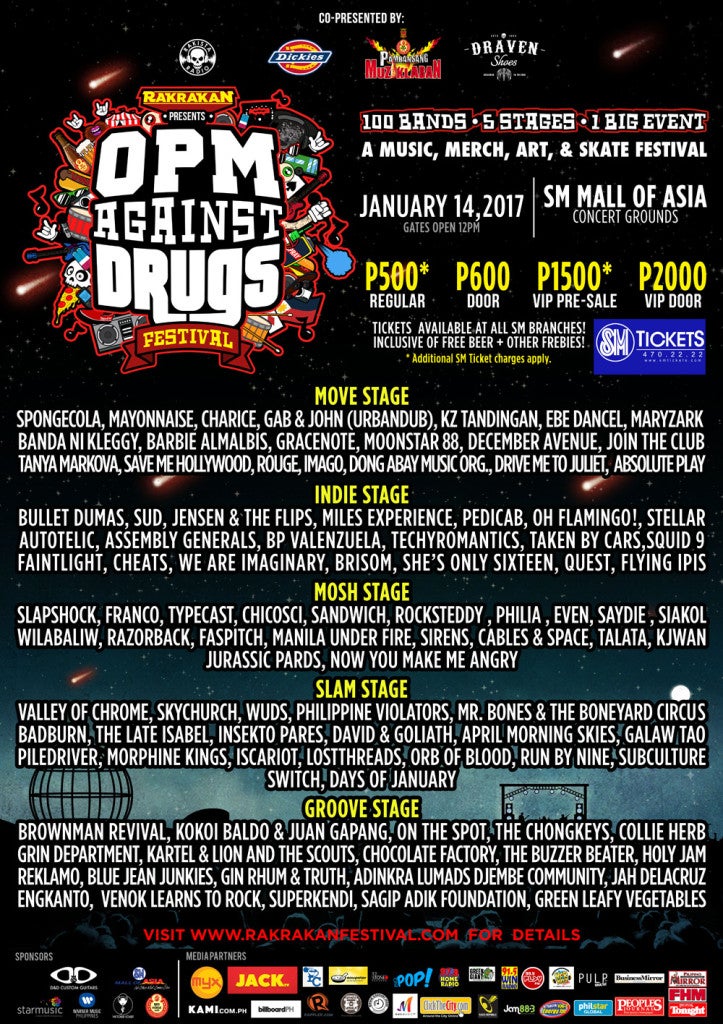 In less than 3 days, the rough, rugged terrain of the SM Mall of Asia Concert Grounds will be invaded by masses of OPM fans ready to scream, dance, and jump their hearts out at perhaps the biggest, loudest, and most exciting all-OPM festival brand to start the new year: “Rakrakan: OPM Against Drugs Festival!”

Materializing on January 14, “Rakrakan: OPM Against Drugs Festival” will now feature 100 mainstream and indie artists on 5 stages: Mosh, Move, Groove, Slam, and Indie. The Mosh stage will showcase the biggest names in the loud-and-heavy rock scene such as Slapshock, Wilabaliw, Chicosci, Typecast, and Kjwan; crowd favorites Mayonnaise, Gracenote, Drive Me to Juliet, Barbie Almalbis, and Tanya Markova will move crowds at the Move stage once more; while reggae-heads and skankers will again indulge in the music of Brownman Revival, The Chongkeys, Chocolate Factory, Kartel at Lion & The Scouts, and Reklamo at the Groove stage. Hardcore kids and metalheads will find their paradise in the pandemonium of moshpits caused by Valley of Chrome, Skychurch, Mr. Bones & the Boneyard Circus, Switch, and Lostthreads at the newly launched Slam stage; while lovers of the “chill” will get their satisfaction from the soothing, upbeat melodies of BP Valenzuela, Cheats, Brisom, and Autotelic at the Indie stage.

Aside from its impressive band lineup, “Rakrakan: OPM Against Drugs Festival” will again have its annual Merch Bazaar featuring more than 70 local brands which include Nick Automatic, Evil Genius, Frankenstee, Drone Clothing, Merch Box, and Kensuke Creations; a free-for-all skateboarding area with competitions on the side c/o Dickies and Street Art challenge c/o Bosny paints; and “OPM Against Drugs” efforts focusing on preventive education and rehabilitation information drives. Other activities such as face painting, graffiti, band meet-and-greet (for VIP pass holders), and tons of Red Horse beer and discounted items from Dickies and Draven shoes will be there to complement everyone’s Rakrakan experience.

Early-bird tickets are still available at all SM Tickets outlets nationwide for Php 500 with a Barkada Promo of 5 tickets + 1 for only Php 2,000, and pre-sale VIPs at Php 1,500 (plus SM Tickets charge). Tickets at the door are at Php 600 and Php 2,000 for general admission and VIP respectively so better purchase yours NOW to avoid the stress of lining up under the heat of January 14th! Don’t miss it! 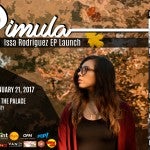 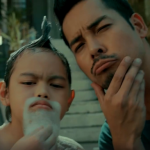