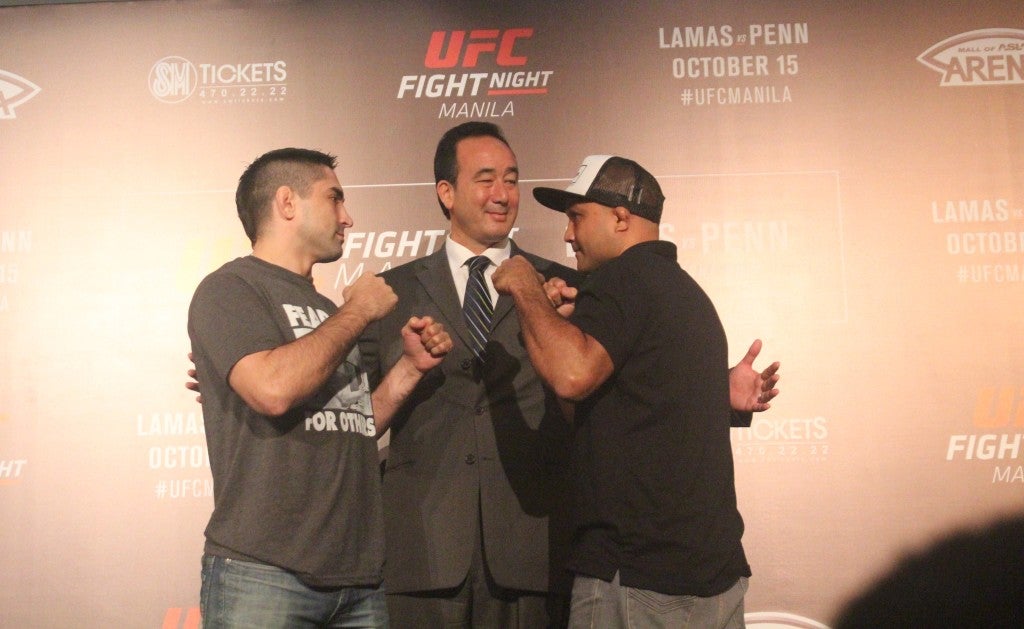 Two of the world’s best featherweights are slated to headline the much-awaited comeback of the Ultimate Fighting Championship (UFC) in country with an explosive five-round featherweight fight.

“We are very excited to return to Manila and for our fans to witness this epic battle between a true MMA legend in BJ Penn and former featherweight challenger Ricardo Lamas. This is an event that can’t be missed by fans and followers of the sport. We encourage everyone to book their seats for another action-packed night of fights,” Executive Vice President and General Manager of UFC Asia, Kenneth Berger said during UFC Fight Night Manila’s On-sale press conference last August 17 at Conrad Hotel. 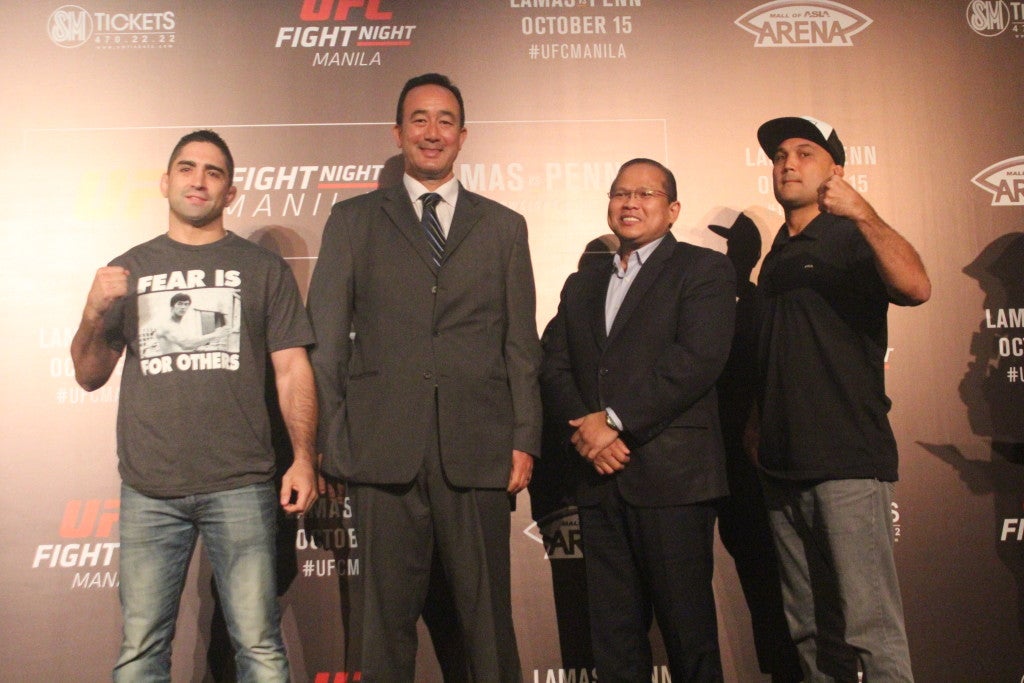 BJ “The Prodigy” Penn will come face-to-face in the famed Octagon with Ricardo “The Bully” Lamas on UFC Fight Night Manila, October 15, at the Mall of Asia Arena.

“I’m sure it’s gonna be a tough fight,” said Penn who’s returning after his loss to Frankie Edgar in 2014. Being the second man in UFC history to win both welterweight and lightweight titles, Penn is determined to get on a winning streak and bring home a third world title.

Meanwhile, Lamas, who’s ranked fourth in UFC’s Featherweight contenders, said that it’s a great opportunity for him to fight Penn who’s regarded as one of the greatest fighters of all time.

“It means a lot. Like I said earlier, there’s a very few opportunities for fighters to step in there with a guy like BJ’s caliber. For me, in this sport, it’s all about creating memories I can pass on to my son, to my grandchildren. And now, one of the memories I’ll be able to pass on is the new ‘Thrilla in Manila’ with the two-division world champion BJ Penn and I look forward to it,” Lamas said.