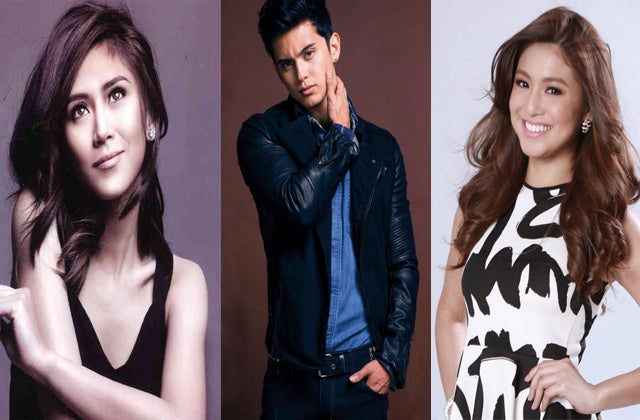 Be still your beating hearts! MTV revealed today Philippine pop star royalty Sarah Geronimo and Filipino pop darlings James Reid and Nadine Lustre will join the performers’ line-up at the award-winning MTV Music Evolution Manila 2016 at SM Mall of Asia Concert Grounds on Friday, 24 June 2016. The newly announced acts will share the stage with its first announced act, iconic international pop band and prolific hitmaker OneRepublic and perform at the one-night only live music event to celebrate pop music like never before – enabling fans to experience and discover the evolution of pop music and its dance influence that keeps fans moving.

“We are thrilled to have the Philippines’ pop star royalty Sarah Geronimo, and Filipino pop star darlings James Reid and Nadine Lustre join us for MTV Music Evolution Manila 2016. These stellar performers personify the sound of local pop music which we are looking forward to celebrate on the MTV stage,” said Paras Sharma, Senior Vice President of MTV, Comedy Central & Paramount Brands and Digital Media, Asia, Viacom International Media Networks. “Through the years, Sarah Geronimo’s music has captured her evolution as an artist, making her one of the most exemplary Filipino pop icons of this generation.”

After more than a decade of winning Pinoy hearts with her songs, performances and movies, Sarah Geronimo has truly become one of the most iconic and well-loved faces of Philippine pop music. Throughout her career, she has produced award-winning hits that propelled her to be recognized as “Best Southeast Asian Act” at the MTV EMAs in 2014. With her latest album “The Great Unknown” and first single “Tala”, the pop princess continues to shape the sound of contemporary Philippine pop music with her influences in dance, R&B and anthemic ballads.

Meanwhile, Filipino pop darlings James Reid and Nadine Lustre, or the adorable duo “JaDine” are also set to showcase their pop music origins at the MTV Music Evolution Manila 2016. Reid, who is one of the most recognized male teen sensations of the music business today, is a gifted artist who has produced two albums including “Reid Alert” that contains hits like “Huwag Ka Nang Humirit” and “Hanap-Hanap”. Lustre, on the other hand, was already producing hits as a member of PopGirls before her break-out role in “Diary ng Panget” and continues to make her mark in the world of Pinoy pop with her electric tracks “Para Paraan” and club-ready “Me & You”.

“MTV Music Evolution Manila 2016 is going to be one of the best nights of your summer. So join me, Nadine and some of the biggest artists in pop music – from both the international and Pinoy scenes as we dance the night away.” – James Reid

“What an honor to perform live for MTV Music Evolution Manila and to share the stage with some of the most talented musicians. I can’t wait to see everyone there!” – Nadine Lustre

Recorded live for global telecast under the MTV World Stage global series, MTV Music Evolution Manila 2016 will reach an international audience of more than three-quarters of a billion households in over 160 countries. MTV Asia VJs Alan Wong and Hanli Hoefer will be hosting the event, along with MTV Pinoy VJs Yassi Pressman and Andre Paras. More acts are expected to be announced in the coming weeks.

MTV Music Evolution Manila 2016 will showcase iconic and contemporary international music artists and the hottest new acts in both the regional and local music scenes on a single stage, while featuring the best of Philippine music and culture to international youth audiences. Further details of MTV Music Evolution Manila 2016, including additions to the artist line-up, will be announced in the run up to the event. The free-entry event will be held for one night only.

MTV Music Evolution Manila 2016 is sponsored  by the Tourism Promotions Board (TPB) Philippines.

MTV Music Evolution Manila is a live music event that brings to life the evolution of a music genre and enables young people to experience and discover how music styles and sounds have evolved over the years. MTV Music Evolution Manila marked its inauguration 2015 edition with a feature on hip hop, which showcased a stellar line-up of international and local acts who took to the stage in celebration of iconic and contemporary hip-hop music. Through explosive performances by Naughty by Nature, YG, Apl.de.ap, DJ Cash Money, and the Philippines’ own Gloc-9 and Abra, MTV Music Evolution Manila 2015 showcased the way that hip hop has shaken up the music scene throughout the years – taking the music genre to whole new levels for a live audience of more than 22,000 fans who gathered at the historic Quirino Grandstand, Rizal Park in Manila.