College kids are taking over Boracay this Labor day weekend! 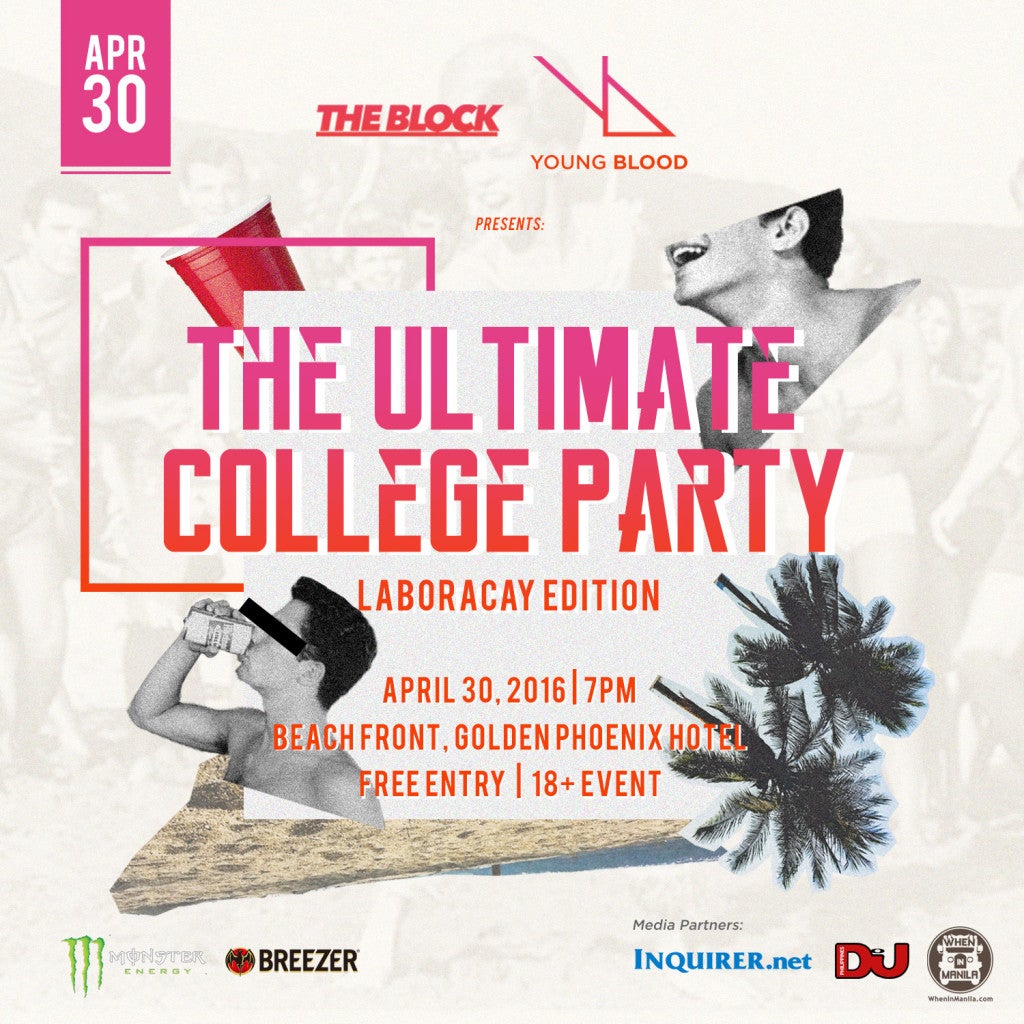 Happening this month, college kids from all over the Metro are going to party it up at the Golden Phoenix Hotel, Boracay for the Ultimate College Party hosted by Young Blood.

Young Blood is a collective composed of the top DJ’s, promoters and event organizers of the next generation. The group hosts weekly parties at the hottest clubs in the city, and occasional events targeted specifically to the youth. The current venues they host include The Palace Pool Club, URBN BGC, Black Market, and Tunnl.

The Ultimate College Party (UCP) started out as an idea to gather students from all the top universities under one roof and give them the perfect opportunity to socialize, meet new people, and expand their networks. After the success of the first two UCP’s, Young Blood in partnership with Monster Energy Drink and Bacardi Breezer decided to take it to the next level and have it in the most prominent party island in the country – Boracay! The island is known for its beautiful white sand and superb nightlife. Thus, the group took initiative to have a party dedicated to all the college kids who will be in the island during the Labor day weekend.

The party will feature a full force lineup composed of Young Blood’s very own DJ’s Edleen Lim, Roy De Borja, Brandon Jon, Paolo Jaramillo, The Block’s Supmerman, Kouta Kotsuma, and Monster DJ Crismyx alongside MC Chunk, MC Ace and Marga on the Mic. This is a party that you definitely don’t want to miss! ADVT.