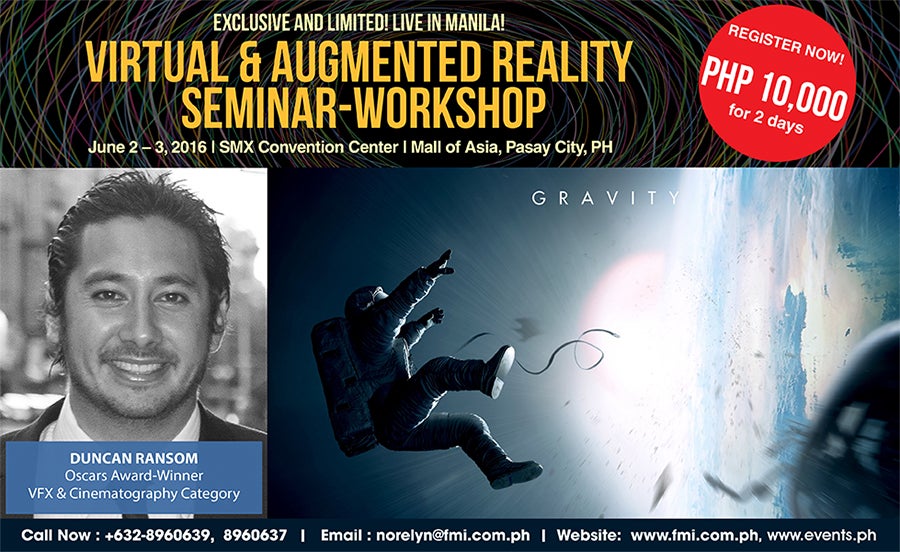 Talented Fil-Aus in Entertainment and Virtual/Augmented Reality, Live in Manila!

MANILA, Philippines – Just as Filipinos enjoyed watching cartoons, such as, Finding Nemo, Up, and Inside Out, movie goers in the Philippines are awed and amazed at the sleek visual effects in Gravity, Inception, and Batman Returns. Other than being box-office successes, these movies brought honor to Fil-Aus talent, Duncan Ransom.

Duncan Ransom is an Oscars award winning animator from Framestore (London) who won the VFX category for the movie Gravity in March 2014. Ransom is part of the team responsible for designing the Oscars winning cinematography under the guidance of Alfonso Cuaron and Emmanuel Lubezki in the same year for the movie Gravity.

Duncan Ransom is the Founder and CEO of The Endless Collective with a pool of talent that spans decades creating stunning visual effects for the Feature Film industry whose credits include Gravity, Inception, and Batman Returns.

He polished his talent and technical wizardry working since 2010 as Character/Creature Animator, Lead Animator, 3dxmax Teacher, and 3D Artist working on movies, such as, Edge of Tomorrow, 47 Ronin, Clash of Titans, etc. He earned his BA in Fine Arts, Film/Animation at the University of New South Wales in 1999 through 2003.

Ransom wanted to share his valuable experiences, talent, and experience with his Filipino heritage.

Duncan Ransom will conduct a Seminar Workshop on Virtual and Augmented Reality (https://www.fmi.com.ph/21stGraphicExpo2016) on June 2-3, 2015 at the 21st Graphic Expo 2016 at the SMX Convention Center, Pasay City. His wife, Allison, a Ford Model, will be the top model and talent in the 21st Graphic Expo Special Event on Glamour Photography live sessions on June 2-3, 2016 at the same exhibit venue.

Virtual and Augmented Reality (VR.AR) is touted to be the driver for digital growth with big players like Google and Facebook taking the lead in development. The development of virtual augmented andreality interactions and applications are not only used in films and games but towards improving and redefining healthcare, education, environmental, architectural, medical and recreational therapy industries.

With the innate creative talent of Filipinos, we can lead the competition in Virtual and Augmented Reality (VR/AR). 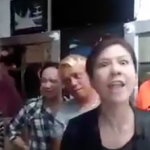 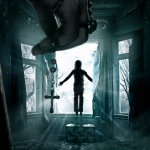 Dread abounds in the main poster of “The Conjuring 2”