The Life And Tunes of Richard Marx On March 13, American singer-songwriter Richard Marx opened set inside Kia Theater in Araneta Center to a relatively sizeable audience made up of people eager to hear at least a few of his chart-topping hits. But at the time, the Grammy-winning artist from Los Angeles was far from being a musician eager to please a crowd in order to salvage a career. It was as if Marx, armed with his undeniable talent in music, came to the Philippines on a mission to show everyone his artistry and his life story, proving why he’s still as influential in the music scene as he was before. That mission meant leaving only the essentials on stage—a piano and a few acoustic guitars–and making it a very intimate performance for everyone. 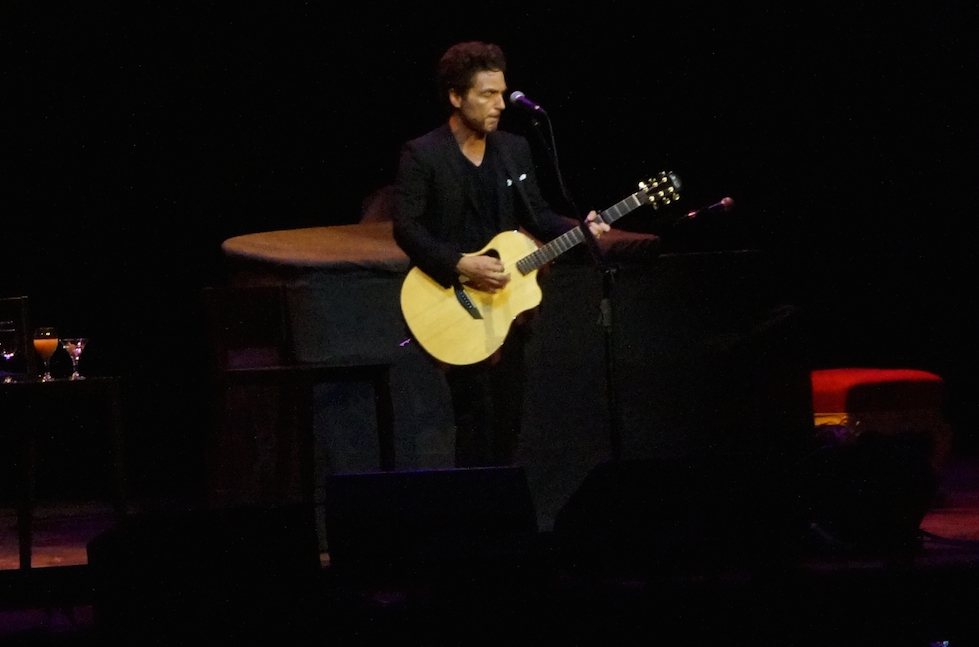 Richard Marx’s popularity is a hard-earned one, with a career that started during his teenage years. Most people, at one point or another, may have already heard his name or at least a couple of his work, as his name is littered on countless albums, collaborations, and special performances. The man not only grew with the decades but also with the different genres he’s worked on. Artists who believe in his expertise, such as Lionel Richie, Lifehouse, Josh Groban, Keith Urban, and Vertical Horizon, have utilized his songwriting and vocal skills over the years. But even with all the accolades, Marx doesn’t seem to show any signs of resting on his already burgeoning laurels. 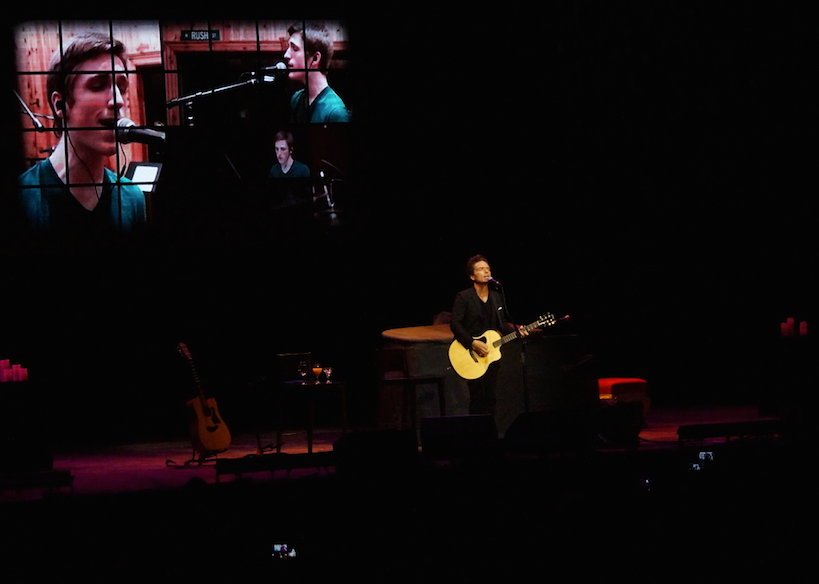 Richard Marx plays “Save Me” with his sons’ music video as his accompaniment. Photo by Vida Lacano for INQUIRER.net

At the Kia Theater, legendary musician Richard Marx sailed through his greatest hits from the almost four decades he’s been in the music business. Apart from performing songs like “Until I Find You Again,” and “Save Me,” which he performed with a video playback of his three sons playing together as his back-up, Marx also took everyone through some of his more interesting career projects: songs he’s written for other artists. A natural talker, Marx animatedly told story after story of how some of his greatest songwriting accomplishments came to be, which delighted the audience. Some of the biggest songs he’s written include Josh Groban’s first song “To Where You Are,” Luther Vandross’s Grammy-winning hit “Dance With My Father,” and NSYNC’s global chart-topper “This I Promise You.” For a man with such an impressive portfolio, Marx was keen to admit this: “most people don’t know that I wrote these songs,” he quipped. 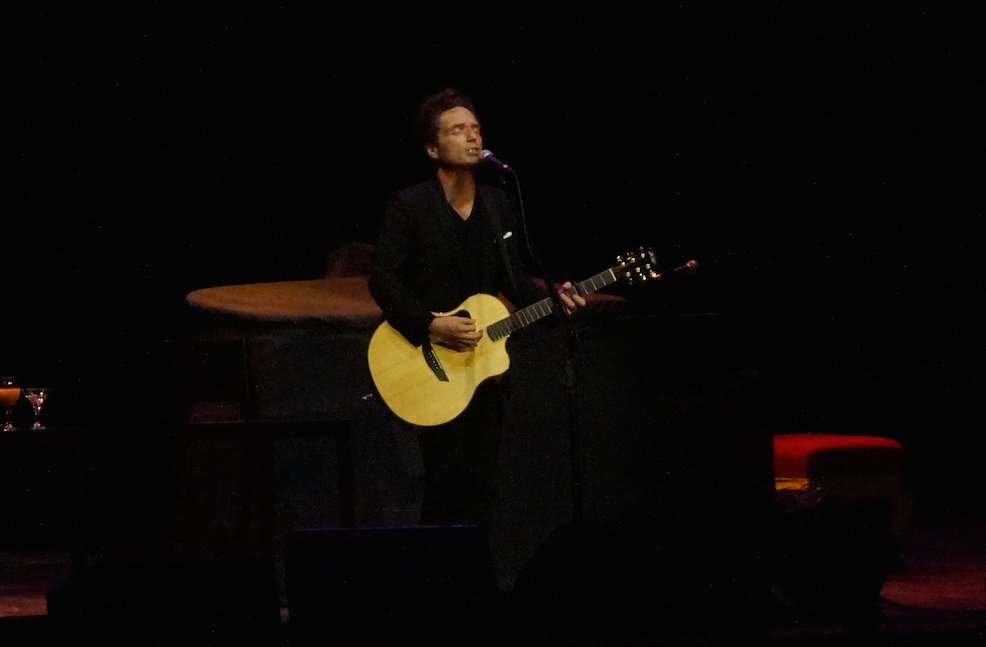 Save for a handful of women fangirling at the back row of the audience, the crowd was generally reserved, clapping and cheering only when it was necessary. The audience appeared confused with the atmosphere brought about by his very, very intimate acoustic set, as the halls of Kia Theater were practically silent during sets, something Filipinos are not usually accustomed to when attending concerts. It could very well be the reason for the evident lack of enthusiasm, and Richard Marx showed everyone he was having none of it. Visibly disappointed with the unresponsive crowd during his performance of one of his hit songs, he unplugged his guitar cable from the speakers and proceeded to perform “Angelia”, a hit song from 1989. It was here that Richard Marx showed what it means to be a performer. Without the aid of amplifiers, he still wowed everyone by doing a great performance of this song, his signature vocal style reverberating inside the theater. Even though it was still quiet by the time the song ended, it was obvious that the crowd had been totally blown away by his talent. As Marx strummed the last notes of the song, the audience ruptured into waves of cheerful applause and praises. Marx plugged in again to perform his wildly famous hits back-to-back, “Hold On To The Night“ and “Now And Forever,” before ending his set with his iconic song “Right Here Waiting For You.”

The crowd chanted for an encore performance, with Richard Marx only caving in after what seemed like 5 minutes of people imploring him to come back. Stepping back on stage, he had a peculiar look on his face. “Oh, so now you want more? I’m confused.” Still, the crowd cheered wildly as he performed his version of Elvis Presley’s “Can’t Help Falling In Love” before telling everyone to be “careful going home” and wishing everyone a good night. He exited the stage a good sport, despite the underwhelming response. 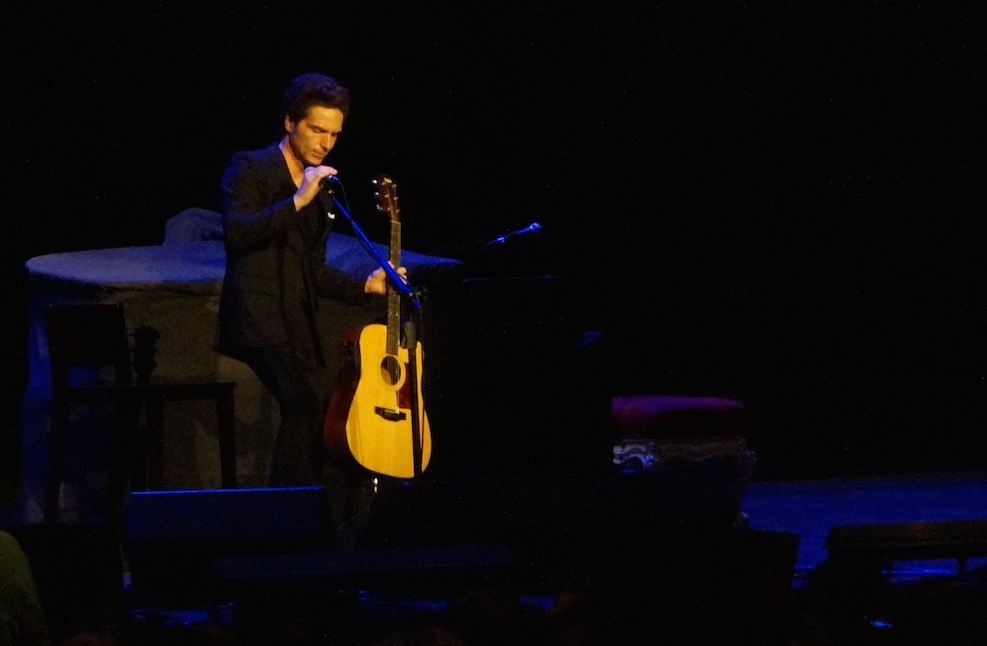 Truly, Richard Marx did not disappoint on his performance, but truth be told, the Filipino audience may have some making up to do. Show this man some love the next time he comes over, because you don’t always get to see pure talent like this in its barest form.