Dear curious human beings: if you’re wondering why the Manila leg of Madonna’s Rebel Heart Tour was worth a kidney and maybe a piece of liver (actual ticket prices ranged from 3,150 to 57,750 PESOSESOSES), it’s because it was a concert experience LIKE NO OTHER. As in, BAR NONE, PAK PAK PAK, BONGGELS! For the first time since she catapulted to worldwide superstardom, Madonna finally stepped foot in our country (much to the chagrin of church leaders and conservative personalities, but that will be touched upon in a bit). It had been a long wait; on the first day of ticket selling, people basically scrambled to secure tickets, only to be flabbergasted by the obscene prices. 57,750 pesos for patron seats? That could be anyone’s matrikula. 3,150 pesos for general admission? Ridiculous! Those seats are already nosebleed-inducing high! News websites started churning out listicle after listicle of suggested worthwhile things you should be spending your 57k with. And for a time, people recognized that maybe, there’s some merit to it.

Oh, but it was indeed worth it. Especially if you’re a hardcore fan.

We’ll save you the yakking–allow us to show you why, for everyone who shelled out what could possibly be two month’s worth of their paycheck , it was all worth it:

1. THE GODDAMN STAGE WAS ON FIRE THE WHOLE NIGHT

We meant this figuratively, of course. Most expensive concerts will show you, what—maybe a good LED background plus one or two large props? (Well, maybe props to Kylie Minogue who brought some crazy set designs during her Aphrodisiac tour and to Lady Gaga who brought some wild costumes, but none were enough to outshine what Madonna’s show had to offer.) The Queen Bitch’s concert had a very large stage setup that covered almost half of the entire patron area (see photo below). 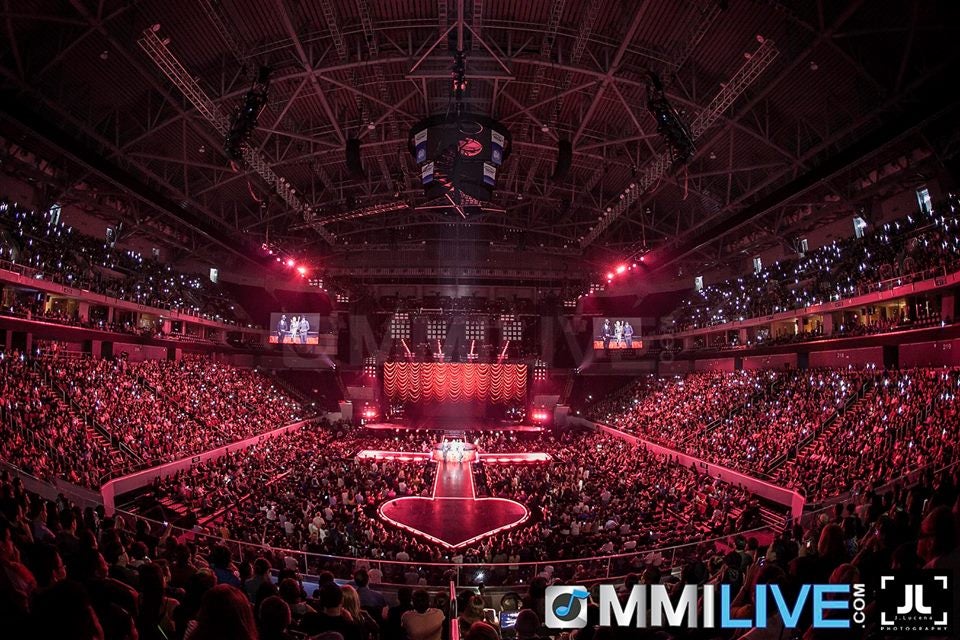 In case you’re wondering (because we kinda know already what you’re thinking)—that’s a cross with a heart tip. Very Madonna.

2. THE STAGE FLIPPED AND FLOPPED AND BASICALLY DID SPECTACULARLY CRAZY STUNTS

The stage was littered with trapdoors, a big ass revolving elevation platform, and a big ass LED screen with hydraulics that flipped and flopped whenever Madonna’s dancers needed it to do so. These were ON TOP of the massive background display. Did we mention her dancers actually danced on the hydraulic screen? 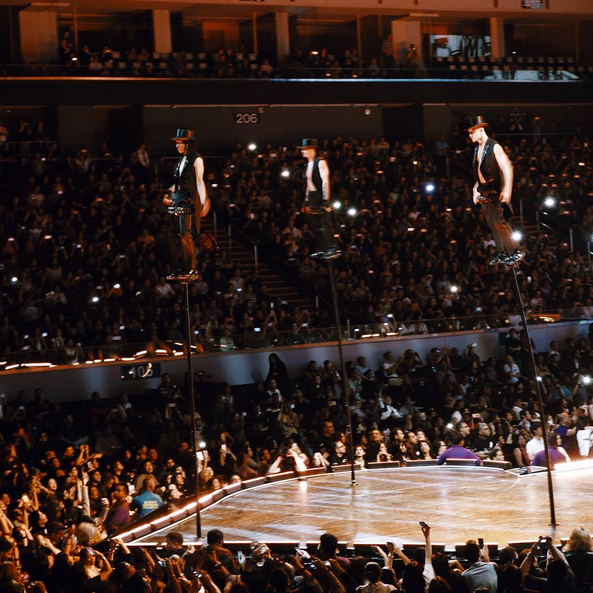 Okay, consider this to be an understatement. The dancers were simply exhilarating. They provided the backbone of the whole concert experience. We could even go far as to say that a quarter of what everyone paid went to these amazingly talented people. Check the video below:

On the other hand, EDM sensation DJ Mary Mac opened the stage to her sick beats, encouraging the audience to jump and dance with her. As a tribute to the Filipino audience, DJ Mary Mac played an unaltered version of Hotdog’s “Manila,” quipping: “I researched a lot for this!” May not have been the best pick for a fist-pumping night, but it still delivered.

4. THE AMAZING COSTUMES AND SET DESIGNS 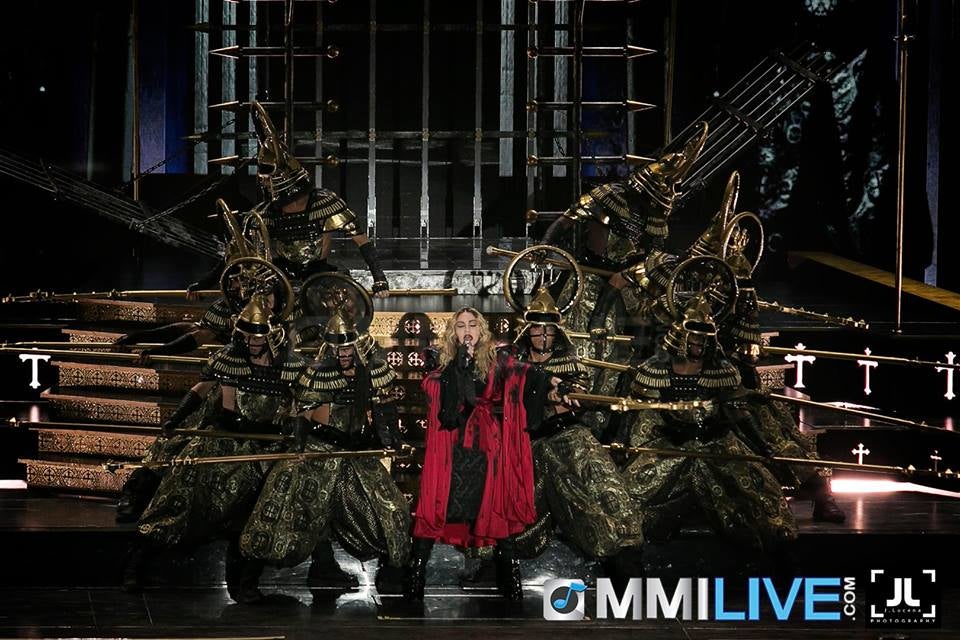 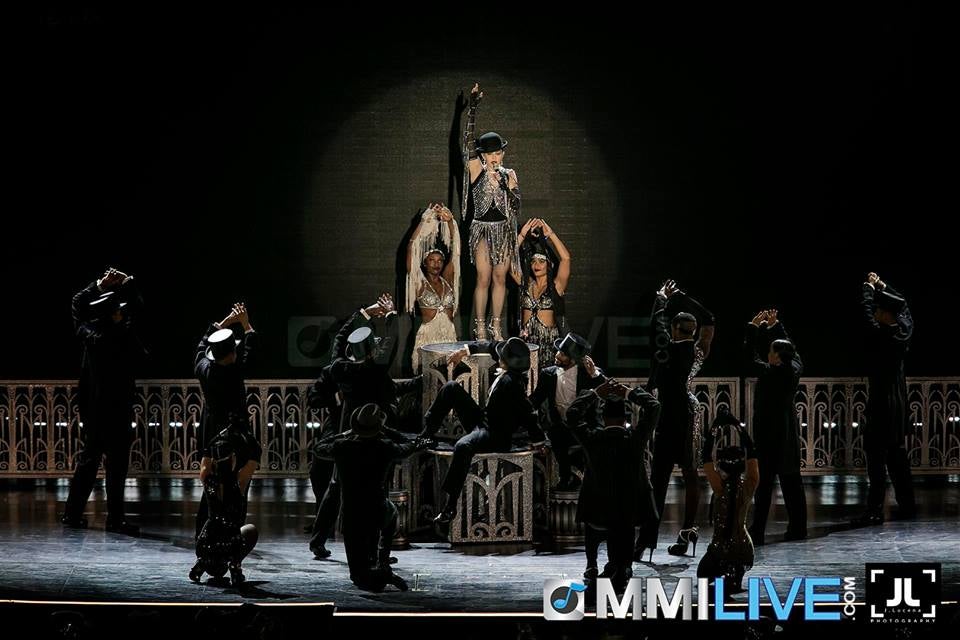 Shocker, we know. Of course, it isn’t Madonna if she’s not going to run into problems with a lot of people in relation to her concert because why not—exploration of religion and sexuality is just her cup of tea. Also, she’s an unapologetic bitch. She has even been quoted in some interviews, going so far as saying that she’s very immersed in deconstructing the concept of sexuality and religion and that to her world, the two ideas go together. It was expected that the representatives of the Catholic church would slam their hands on the table, indignant with all these Madonna and Religion hype, with one even denoting before the event that the Queen of Pop’s concert was the work of the devil, as Madonna intended to take a jab at some church beliefs and traditions. If you’re not a fan, then these things might shock you. Not for the faint of heart. But for fans, this is art.

First up, the pole dancing nuns and the recreation of The Last Supper: 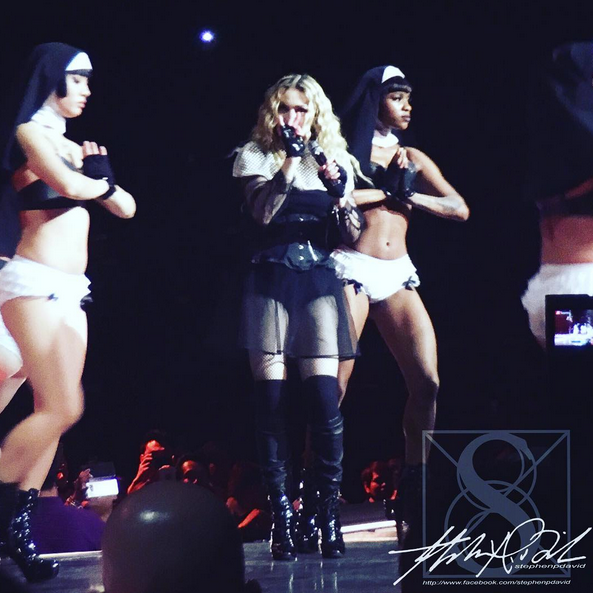 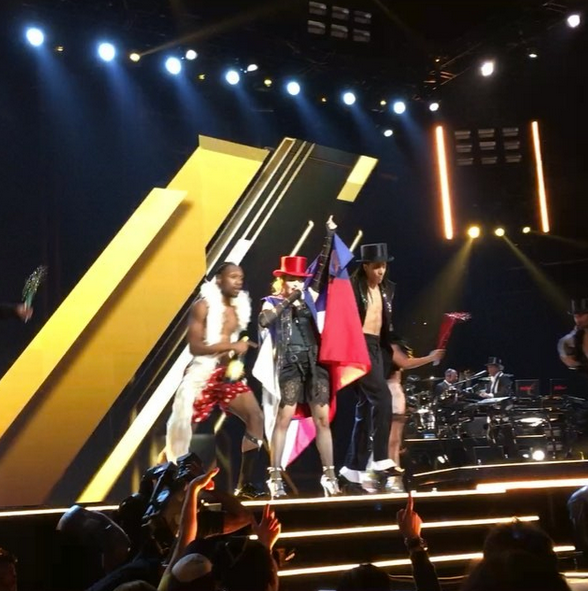 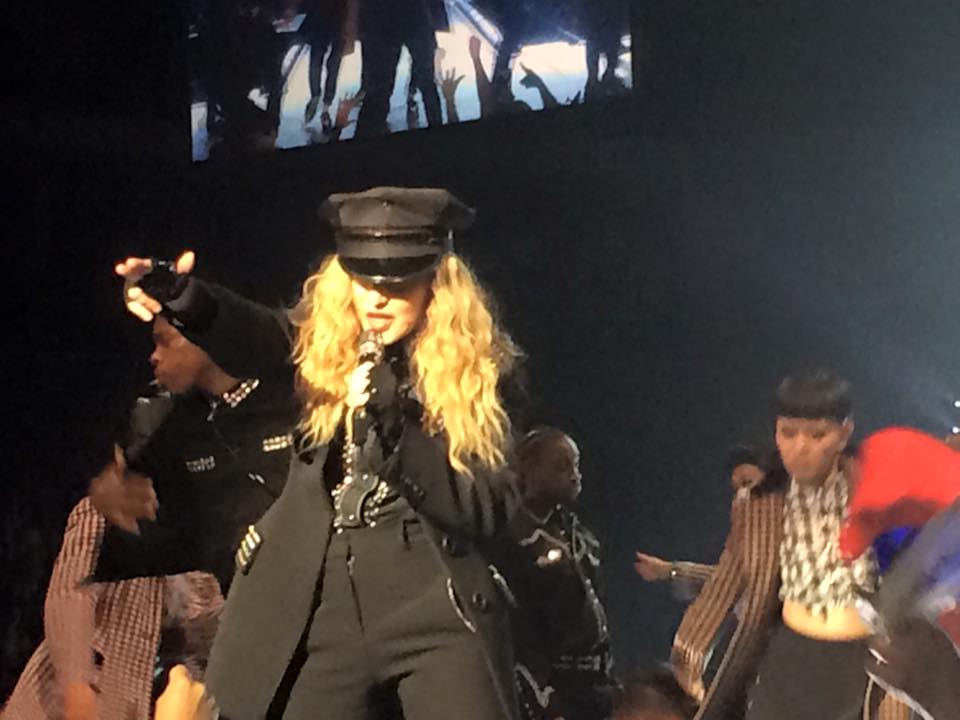 Every so often during the concert, Madonna would talk to the audience, ask them things, make them swear—F*CK YEAH, F*CK NO, F*CK in general. It was a delight because for Madonna, it wasn’t just about getting the show done and over with; she actually wanted to connect with her Filipino fans. In day 1, in what seemed like a spur-of-the-moment idea, she asked everyone, “so, what do you want me to sing?” People went batshit crazy and started screaming “Crazy For You.” Madonna declined, saying she might do it on the second day (to the woes of the first day goers), but still managed to delight everyone by performing one of her classic hits, Like A Prayer. Speaking of her hits…

While the show’s theme centered on her latest album Rebel Heart, Madonna still sang a number of her greatest hits, such as La Isla Bonita, Dress You Up, Lucky Star, Like A Prayer, True Blue, Like A Virgin, and Material Girl. That, in itself, was worth the money because you don’t always get to see Madonna perform this live, in the flesh. And yes, she gave in to the Crazy For You request, dedicated to all of us as we celebrated the 30th anniversary of the People Power Revolution:

Madonna exclaimed, “First time in 30 years,” to mean that it has been that long since she last performed this ballad and that she’s basically so happy performing for her Pinoy fans. But Madonna may have confused the 30th People Power anniversary with her trivia, because it seems the last time she sang the song was in 2004, which was 12 years ago. Yes, fans and naysayers did some computing. Bottomline is, she performed it for her Filipino fans, which was still awesome when you think about it.

8. THE QUEEN BITCH HERSELF

At 57, she could already be anyone’s grandma, knitting and cross-stitching cats but hell to the no, she will do squats and jumps interspersed in her whole dance routine because she’s the Queen of Pop.

So there. To end this piece, we give you Madonna in a harness, flying above the stage while wearing her custom Philippine Flag dress, singing Holiday. For your appreciation.