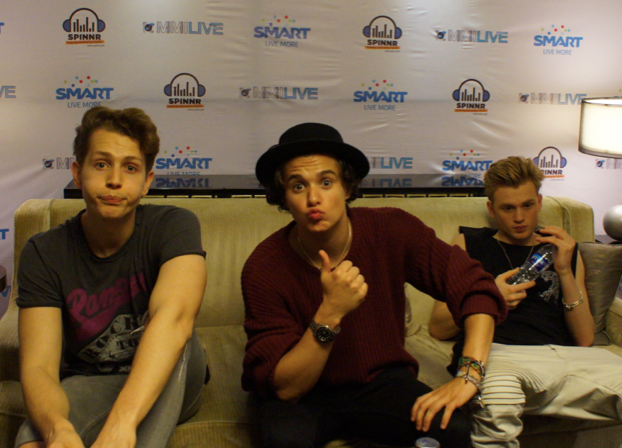 The Vamps, Before You Exit, The Tide, and William Singe up close and personal before their concert

British pop band The Vamps, American pop bands Before You Exit and The Tide, and Australian Youtube sensation William Singe, met with select members of Philippine media at the Raffles Residence in Makati for an intimate press conference on the eve of the artists’ 3LOGY concert. The Vamps is in Manila for the Philippine leg of their “Wake Up World Tour,” teaming up with Before You Exit (BYE), The Tide, and William Singe to bring a massive concert experience, which is set to happen on January 30, 2016 at the SM Mall of Asia Arena. This is The Vamps’ and BYE’s second time in Manila; the first time for William Singe and The Tide. Here are some highlights off of this special meet and greet session with the young lads.

William Singe—Liam Anthony Singe in real life—is a product of Youtube.com, and he is proud of it. The 23-year-old Australian national has been making online videos for years now, producing covers ranging from R&B to pop hits. He attributes his unique sound to the melody changes and arrangements he applies to the covers he produces for online consumption. William, a former member of the boy band The Collective which placed fourth on X Factor Australia, selects songs to produce based on what’s blowing up at the moment, or how it’s going to play out with his sound. “I only do a song as long as I feel like I have a good version to do on it,” William added. Collectively, his videos have already amassed millions of hits online. “The fan base I have right now is purely organic,” William quipped, referring to the 2 million fans he has right now on Facebook. “I released maybe 55 covers last year; I’ve definitely been putting in the hard work,” he added. Singe, who’s known to cover today’s hottest music artists, isn’t afraid to take on artists outside of his range. “Would I be open? Definitely. If I could do a version of [Britney Spear’s] Hit Me Baby One More Time and make that real smooth, that would be cool,” William said with a hearty chuckle.

The Tide is bigger than ever

Los Angeles based pop band The Tide is one of the supporting acts in the Philippine leg of The Vamps’ Wake Up World Tour. The band, composed of Austin Corini on vocals, Levi Jones on bass guitar, Drew Dirksen on lead guitar, and Nate Parker on drums, also got their break uploading covers of today’s hits on Youtube. They have since been signed to EMI Universal, the same label that signed The Vamps. When asked about which artists they’d like to raise from the dead to do covers with, it was almost a unanimous answer from the boys: “Michael Jackson. Probably Michael Jackson.” Freddy Mercury and Kurt Cobain were also contenders. The band’s sound initially started off on the pop side, but changes have happened along the way owing to the many influences they’ve had to date. “We do have a rock and roll core,” Frontman Austin Corini explained, “but our sound is starting to lean more on the Coldplay kind of modern sound,” he added.

The brotherly bond of Before You Exit

Florida-based pop band Before You Exit has a curious back-story to their band name. Composed of real life brothers Toby, Riley, and Connor McDonough, Before You Exit (BYE) got their inspiration from wanting to have a name that has inspiration to it rather than just putting two random words together. “Before you exit, make a difference,” Connor expounded. When asked if there were episodes of getting on each other’s nerves considering they’re brothers and they have to work together, Riley took the spotlight by hitting his brother Toby, albeit jokingly. “We actually do get along, more than you probably expect,“ Riley said. The band’s sudden rise to fame coupled with the members’ handsome looks have paved the way for wild fans to start finding crazier ways to reach them. “I almost got tackled today,” Toby said. Connor added, “one time, somebody found a way to get to our hotel room and took our towels. That was crazy.” BYE has since expanded its audience to included younger listeners, a move that is becoming more apparent with their joint tour with The Vamps.

The Vamps: solid as ever, even with an injured member

British pop band The Vamps made their way to Manila on schedule, even with an injured member in tow. Bassist Connor Ball wasn’t able to meet the press as he was recuperating from a knee injury sustained a few days ago. But even with that setback, the remaining members Brad Simpson (vocalist), James McVey (guitars) and Tristan Evans (drums) still greeted members of the media with a stark playfulness that is a reminder of One Direction’s energy, although comparisons between the two groups are never welcome. The Vamps has always been firm in their statements negating the media’s opinion that they are a boy band. “We play our own instruments,” Brad stated as an encompassing statement to reject the boy band issue. Despite this clarificatory statement often stated in interviews, they still seem to attract the same fan base as current boy bands have, and this shouldn’t come as any surprise. Like The Tide, Before You Exit, and even William Singe, the young members of the band are all fairly good looking, attracting the wildest of wild fans. “Our fans follow us around, that’s probably the craziest dedication there is,” James said. “They always find us,” he added.

Catch The Vamps, Before You Exit, The Tide, and William Singe at the 3LOGY concert at the SM Mall of Asia Arena tomorrow, January 30. Presented by MMI in partnership with INQUIRER.net. 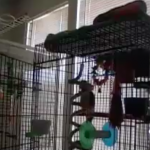