January 26 is Ellen Degeneres’s birthday! In celebration of this Emmy-award winning gal’s special day, we’re listing five of the many awesome things she’s done for mankind!

The Ellen Degeneres Show is known for really wild stunts orchestrated by Ellen herself. Here are some of her best games and segments that had us all cracked up:

Remember the Hot Glam Photos segment where Ellen showcases glamour photos that have survived the 80s and 90s era? Such a classic:

She’s so good at this that in 2013, her “Head’s Up” game, which has crossed over to the mobile platform, became a sensation after its release.

2.) Ellen has helped A LOT of people

We can all call her Ellen The Generous. Even now, Ellen has been actively helping people out through her TV show. It’s still an ongoing project that they have already posted directions on the official The Ellen Show on how to nominate people/causes to be featured on the show. 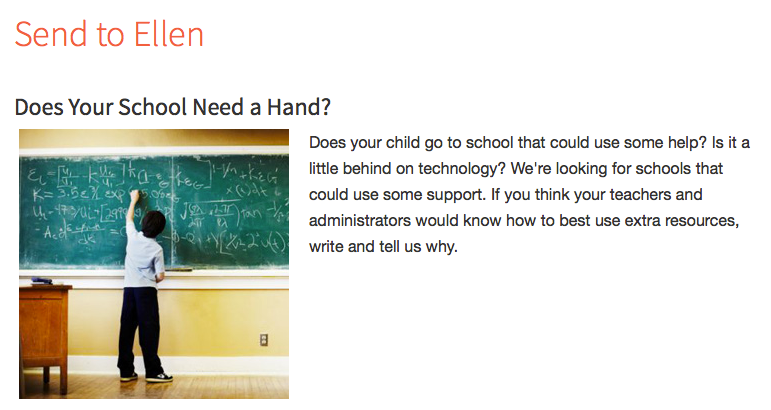 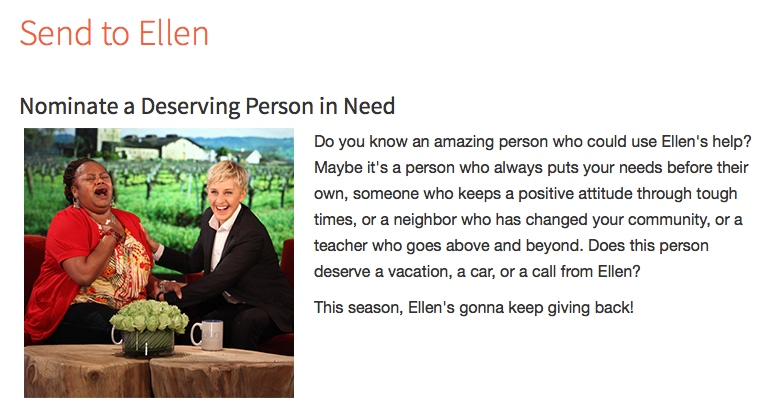 3.) Ellen has broken the Internet

Yes, Kim K, you’ll have to move over. Ellen Degeneres broke the Internet not just once, but actually many times over! To date, her craziest online antic was when she literally caused a Twitter outage with her powerhouse selfie at the 2014 Academy Awards.

If only Bradley's arm was longer. Best photo ever. #oscars pic.twitter.com/C9U5NOtGap

The Academy Awards has since owned up to the Twitter crash. LOL.

Definitely one for Ellen’s books!

4.) Ellen has pranked the bleep out of almost all her celebrity guests

You know what, no amount of explanation will do justice to this montage. Watch it!

5.) Ellen has helped propel the careers of a number of notable Filipino personalities

Thanks to Youtube, Ellen Degeneres now has a way to scour the Interwebs for untapped talents! Here are some talents borne out of viral materials who have performed on The Ellen Degeneres Show:

BONUS: Ellen’s dancing bug has caught up with a few of our local celebrities, who were spotted dancing along to her on set.

Case in point: Julie Ann San Jose, Rayver Cruz, and Enchong Dee. Find them in the videos below!