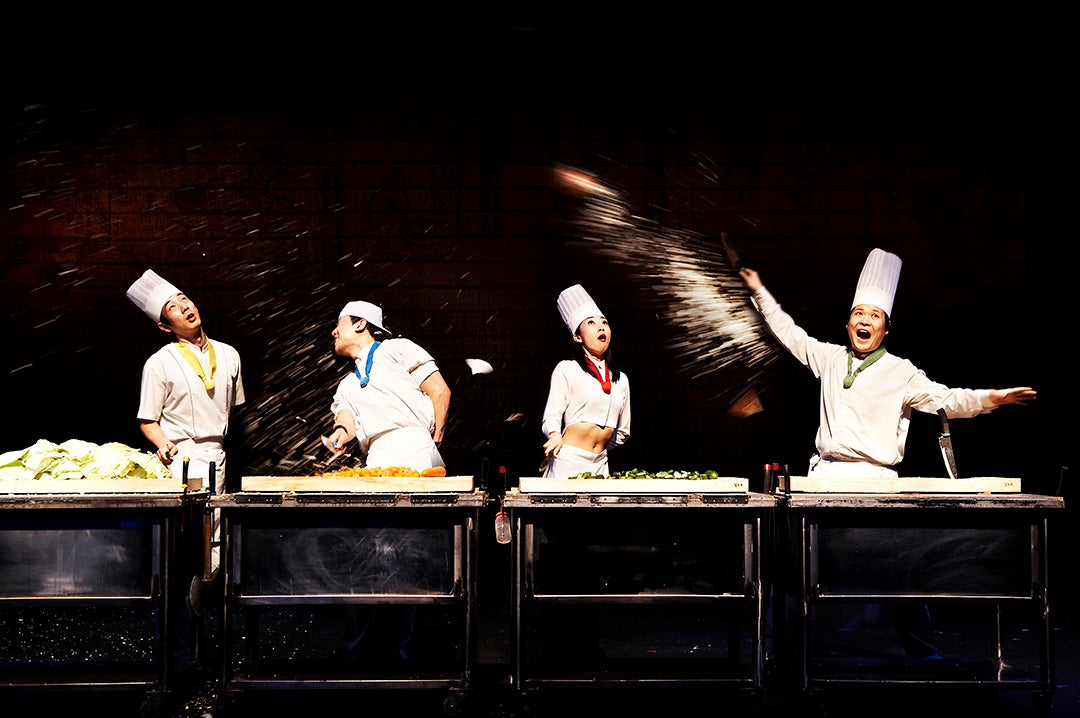 Guests are in for a treat at Korea’s #1 non-verbal show Cookin’ Nanta. The musical is here in Manila for a six-day run at The Theatre at Solaire from November 10-15, 2015.

The cast showed off their percussion skills through an intense performance with Korean drums. A sick rock and roll intro played out as the cast removed their robes, revealing their chef’s uniforms. The crazy kitchen became the setting for its equally crazy characters.

The main premise of the show: three chefs were tasked to cook meals for a wedding party. Stirring in some trouble is the manager’s nephew, who is a culinary neophyte.

It was even more unexpected to see the audience being part of the show. You just can’t help but say “oh no they didn’t” at certain moments, like when they “accidentally” hurled the contents of the garbage can onto the audience! They even picked members of the audience to dress up and taste the soup they cooked. They also picked lucky guests to take part in the battle to make siomai or pork dumplings.

Ingredients, and yes, even knives and plates were thrown around haphazardly, making melodies out of vegetable slicing and plate balancing. The audience should definitely watch out for the scenes with the duck and the makeshift battle instruments. 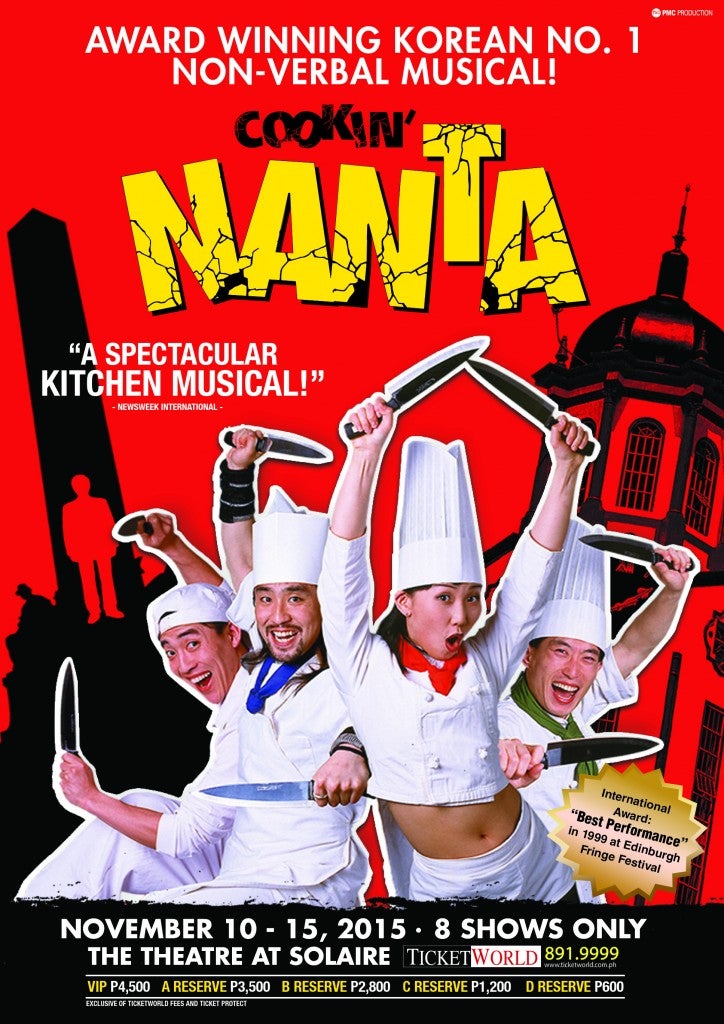 Make sure to catch Cookin’ Nanta this week for your dose of family-friendly slapstick comedy! 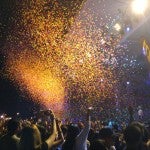 One heck of a night at Jack TV’s MADFest 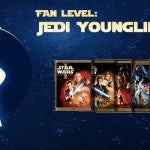 The Ultimate Immersion Guide To The Star Wars Universe