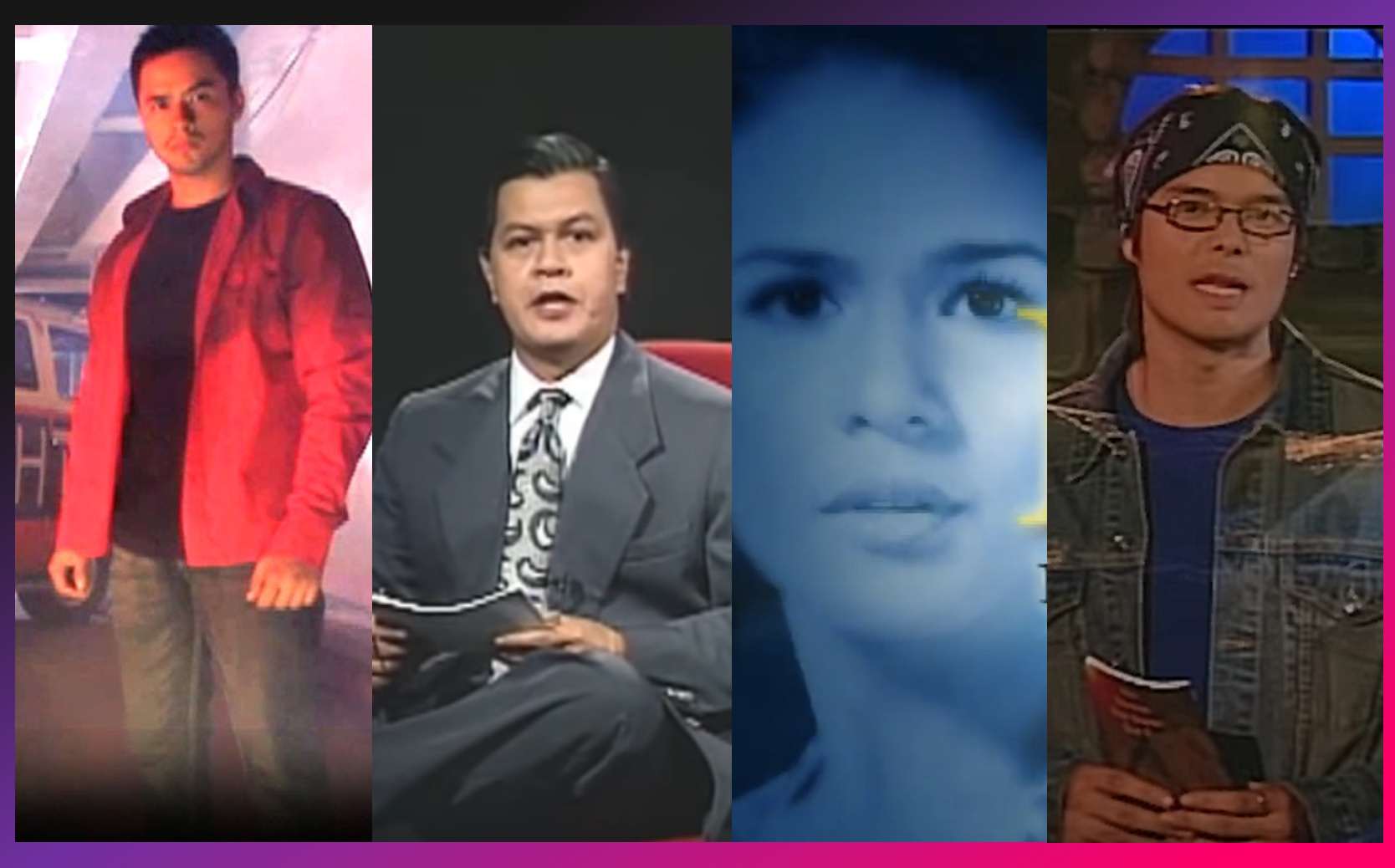 Truth be told, local TV stations have stopped creating quality horror shows. Now our best scaretainment may probably be in the form of foreign TV shows using the zombie apocalypse theme, and with literally hundreds of shows riding on the coattails of this tested (but soon to become mundane) TV trope, you know that’s already stretching it too thin. As Pinoys, we do get to miss the tiyanaks and kapres once in a while.

And so because it’s that time of the year when scary stuff abound the Internet, we have decided to feature the best of primetime fright nights in Philippine broadcasting history. Here are 8 shows that have scared Filipinos over the years: 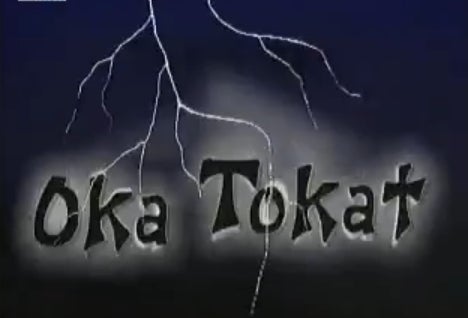 !Oka Tokat is basically “Takot ako!” reversed. It’s not really that confusing when you think about it. This show ran from 1997 to 2002, making it the longest-running horror series in Philippine TV history. It starred Agot Isidro as the lead character Rona Catacutan, who is a journalist out to investigate and solve mysteries that seem to always find their way to her. It was not clearly communicated at the onset of the series whether Rona had Extra Sensory Perception or ESP, but after watching them deal with all the paranormal stuff every Tuesday night, we can safely conclude she did have the gift. The show had its hits and misses, but generally it was a good show to scare the kids with. Also, a lot of 90s kids knew the theme song by heart, thanks to the catchy melody done by Parokya ni Edgar. 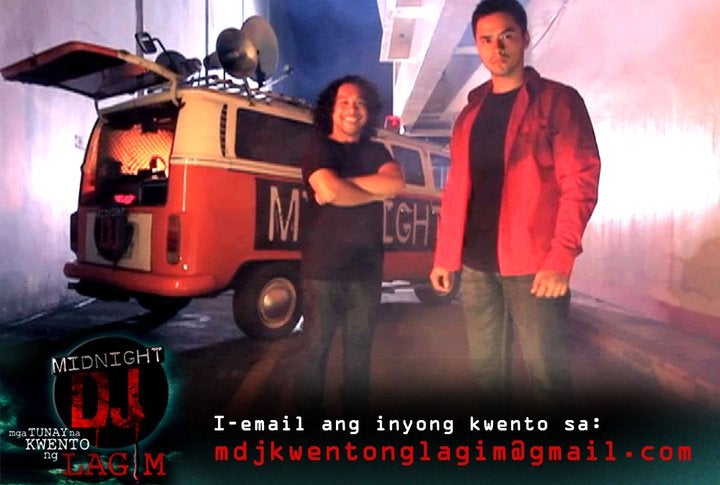 Midnight DJ was a curious piece of evening entertainment. The brainchild of Lore Reyes (Batang X, Magic Temple, some editions of the Shake, Rattle, & Roll series), this TV show was, quite frankly, a bit ahead of its time. The show originally starred Paolo Contis until he was replaced by Oyo Boy Sotto six months later. The plot revolved around a radio jock who goes on board at midnight at a fictional radio station called New City Radio 95.5. The DJ, together with his radio crew, sets out solving unresolved deaths and other paranormal mysteries. The show, which ran from 2008 to 2011, won local awards for best horror show.

What’s with local horror shows always putting a media practitioner as the protagonist? In E.S.P., Iza Calzado played the role of a self-centered investigative journalist who was always chasing after a big scoop, until an accident changed her life. Her involvement in a car accident opened her senses to the cries of the dead. She will soon find herself chasing after unresolved deaths using her talent in investigative journalism. If the plot sounds kind of familiar, you’re not alone in that thought: due to the similarities in the storyline, it is often compared to the hit TV show “Medium” starring Patricia Arquette.

Yes, just like you we’ve also wondered about the extra ‘i’ in the title. Nginiig (seemingly pronounced like you’ve just achieved brain freeze after biting on a popsicle) is somewhat like a magazine show, except it was all about ghosts and other things horror shows are always associated with. It shuffled through three changes in hosts: first by Raymond Bagatsing, then by Jericho Rosales, and then by Hero Angeles. Basically, the show features real horror stories, re-enacted for your scaring pleasure. The show is interspersed with interviews of the actual storytellers, which makes it more scary because there are people who can prove the veracity of these hair-raising claims. 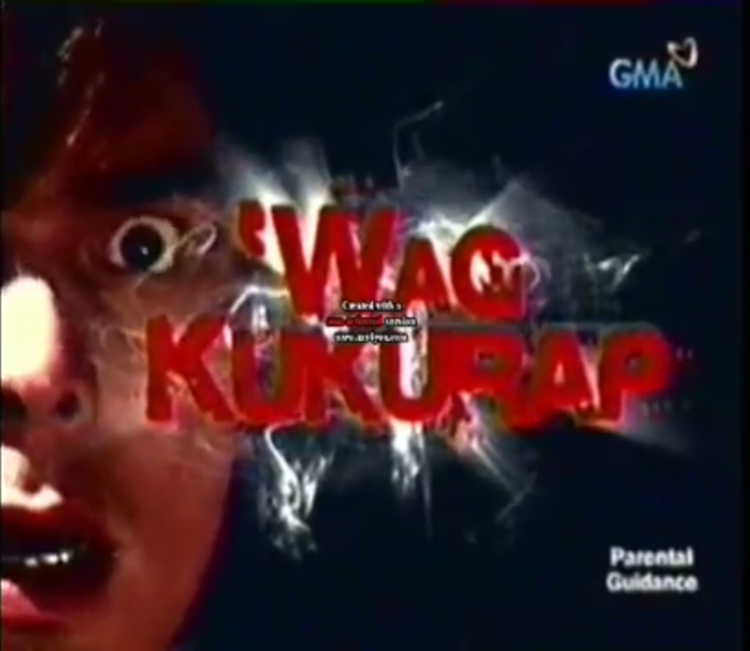 Just like Nginiig, Wag Kukurap was set to be a first-person account of ghostly events. What made it different from the former was that the stories they featured were taken from best selling horror books Haunted Philippines and True Philippine Ghost Stories. In between commercial gaps they would also show random photos with what looked like ghostly shadows and figures, letting the viewers decide which of the photos were legit and which ones underwent the “overlay” feature of Photoshop. 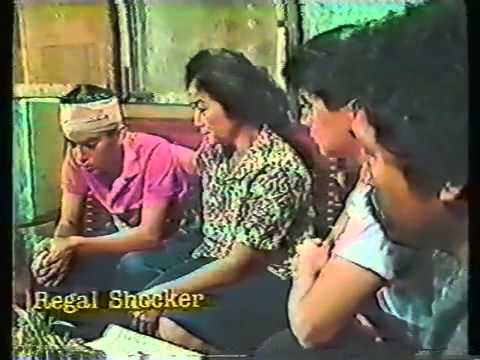 It was in the 1980s that Filipinos saw two horror shows battle it out in the ratings game. Horror shows! Unbelievable. Pinoy Thriller opened the door for this phenomenon to happen, cementing its post in Pinoy pop culture with the spine-tingling voice over of the following lines:

Kids of the 80s freaked out whenever they’d hear those string of words. Not wanting to be outdone, a rival station partnered with Regal to produce another iconic horror show in the 80s: the Regal Shocker. Although both in the horror genre, the two shows worked individually on different themes. Pinoy Thriller delved on ghosts, lost souls, kapres and tikbalangs while Regal Shocker “shocked” viewers with gore (hence the title).

And the show that takes the cake… 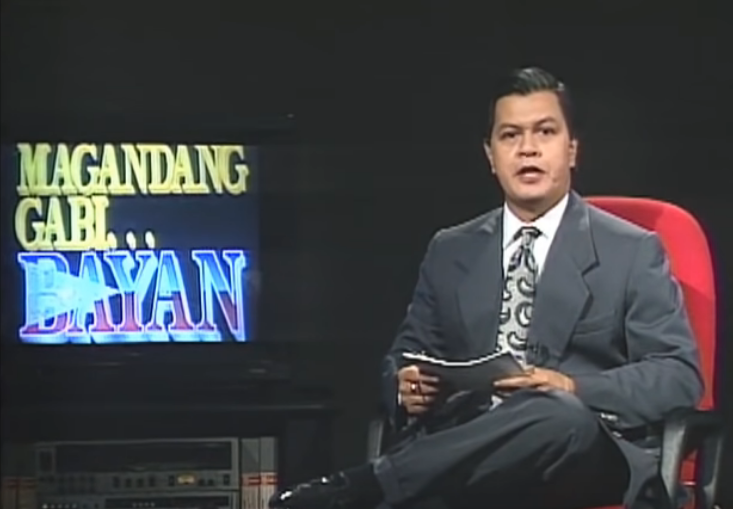 Okay, technically it wasn’t a horror show that you could watch weekly, but you know you always looked forward to their All Saints Day special despite your brain’s protests. The super spooky interviews and re-enactments always provided chills and frights that was necessary to jumpstart conversations with your friends and family about your own paranormal encounters. It’s like the earlier version of Celebrity Ghost Stories, except freakier and closer to home–because where else can you find coffins following you around? If you haven’t yet, this is the perfect time to be immersed in the classic Noli De Castro style of scaring the sh*t out of you:

And even during regular Saturdays, you know MGB scared the sh*t out of you with their investigative reports of kidnapping, robbery, corruption…the works. So yes, Magandang Gabi Bayan was always scaring us every Saturday night.

So there. How would you have ranked this list? 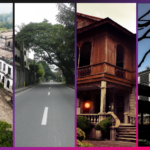 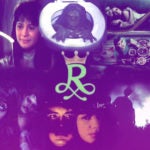