Long live the reckless and the brave. 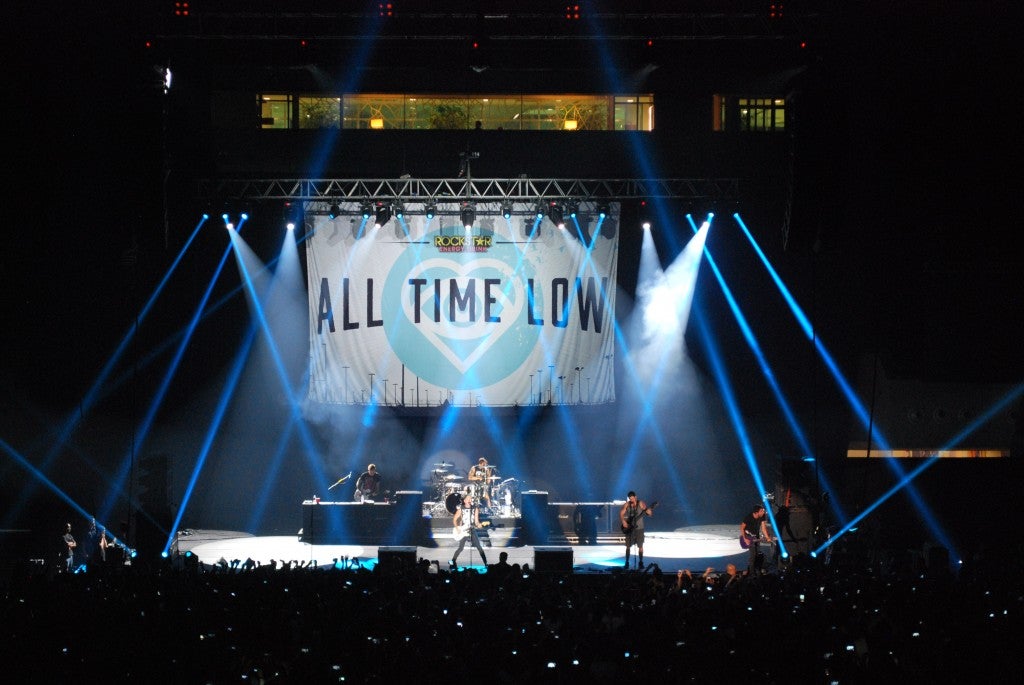 MANILA, Philippines – Pop punk band All Time Low got the scenesters headbanging and fist pumping as they played their show last Wednesday, August 12 at the Mall of Asia Arena. The Maryland natives formed the band when they were just in high school, somehow preserving the irreverent, DGAF attitude that comes with that period of your life.

In celebration of the band’s 12th year together, we give you 12 verses from All Time Low songs that will take you back to your angsty teenage self:

1. There’s a story at the bottom of this bottle, and I’m the pen

– Dear Maria, Count Me In

Their most popular song to date, Dear Maria, Count Me In urges us to imbibe (and maybe even glorify alcoholism). Drink up and kill the monsters inside, emo kids.

2. Wishing on a star that’s just a satellite

Driving in a car with broken tail lights

Growing up with eyes glued shut

This anthemic tune kicked off the concert as the crowd chanted along to the na-na-na’s . A theme found in almost all of their songs, it is both downtrodden about younger years and hopeful for the future.

3. Tattoos and a switchblade attitude

snakebite heart with a bubblegum smile

4. She works for the weekend, mixtape of her favorite band

Tearing up the radio, lost in the stereo’s sound

This is for the torpe guy out there who’s intimidated by the badass chick at the rock show. Hint: just approach her and take it from there.

When I’m falling to the bathroom floor

Oh, the perils of unrequited love. This is for the person you keep coming back to, no matter how bad they are for you. Just like your regular order of beer (in this case, a bottle of Brew Kettle instead of Stella Artois)

As teenagers, we had the tendency to overdramatize things like falling down on your face, right in front of your crush. Cheer up, emo kid. It’ll get better.

They will have to find another heart to break

Never turn around, no matter what they say

Shout out to the escapists out there. Friendly reminder: you can’t do that once you have a 9-to-5 job.

8. They won’t catch us in the dark

This is for all the couples out there with a “you and me against the world” mentality. a.k.a every relationship you had in your teenage years. I wonder what they were doing in the dark….

Steal a kiss in the dark

Well, that answers the question – walwal. These kids have no chill?!?

I wish I could be someone else

But I don’t have a clue at all

Pull me out of this sinking town

It only takes a little push to pull on through

Grit your teeth, pull your hair

And scream “f–k the world,

Cause it’s my life, I’m gonna take it back”

ATL says don’t give up! On that note, you may want to get a different outlet for your anger as opposed to painting the walls black. Something more parental unit-approved.

But it’s gonna be my year!

All Time Low was preceded by front act The Maine, who played songs like Miles Away, Growing Up and American Candy. No truer words were spoken as they advised their young fans to “kill” their idols and live their own dream.