Another year, another set of requirements and deliverables to submit. Productivity is always a relevant topic. Everyone is constantly trying to figure out how they can best get their work done while still taking care of their selves at the same time.

For YouTuber notangel, she decided to try out a month-long challenge last year which she dubbed as her “No ‘No’ November.”

Angel Veridiano isn’t just a YouTuber; she is also a podcast host and a student. After self-reflecting during a time of self-isolation, Angel felt “paranoid about my future and feeling harshly dissatisfied with where I was.” She noticed that she felt sad seeing other people get together or release collabs that she was invited to participate in, even though she was the one who turned down these offers in the first place. She says that “I was upset about missing out even though I chose to miss out.”

Loosely based on the film Yes Man and the infamous “No Nut November,” Angel decided that it was time to proactively make a change. For the entire month of November, Angel decided to say “yes” to everything that came her way.

In her YouTube video about her experience, Angel prefaces things by letting viewers know that she didn’t do this to promote hustle culture. She also mentions that she gave herself strict boundaries and rules to follow throughout the month to prevent burnout and protect her beliefs and wellbeing.

When getting things done, Angel believes that mental health must be a main priority, although it might be hard to control. She explains that “sometimes even having just 5 minutes of meditation or a page of journaling can do so much for you than spending an hour on TikTok or Instagram.”

Angel recognized that her reasons for saying “no” and her “laziness” went deeper than just surface-level reasons. She was “inspired by the concept of shadow work” which urges people to break down the reasons for their trauma and their reactions to this. Angel believes that “hindi dapat natin tanggapin yung ‘ay kasi ganito lang talaga ako’ when we have a toxic trait or mindset.” (We shouldn’t accept the excuse “Well, this is just how I am” when we have a toxic trait or mindset.) She adds that “when we stop searching for reasons to understand ourselves is when we have the least amount of room for growth.”

Coming out of November, Angel realized how much time she spent “just thinking about a task instead of actually doing it.” The “No ‘No’ November” helped her “put more energy into taking action” in all aspects of her life while spending “less energy on the mental workload of it.”

Angel’s recent motto has become “sino ba naman ako para tumanggi sa biyaya?” (Who am I to refuse a blessing?). She discovered that she partly used to say “no” to many things because she felt a bit ungrateful for what was coming her way, “I was never satisfied with the opportunities presented to me.”

Saying “yes” allowed her to be thankful for these blessings and for letting herself experience them. “Even though some things that I said yes to were kind of a miss, at least I wouldn’t look back and wonder what would have happened.” For Angel, it is better to try and fail than “trying to comfort myself with the thought that ‘It probably would’ve sucked anyway.”

The “No ‘No’ November” was Angel’s “own way of healing my inner child.” She was reminded that “as children we are these beautiful fearless dreamers with a knowing that we are capable of literally anything,” continuing that “as we grow older and we’re more exposed to society, experience hardships, and criticism, we tend to have more insecurities and fears that dulls that light within us.”

Angel Veridiano would “100%” recommend that everyone tries out a “No ‘No’ November” (with rules and boundaries), or a “No ‘No’” month for those who want to start ASAP.

She believes that “sometimes we need to be completely delusional to reprogram our minds and find a healthy balance between being rational and being unhinged.” With two months of 2022 down, you have ten more chances to try out a “No ‘No” month. Heal that inner child!

Sleep content to help you get better quality zzz’s 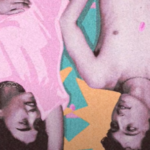 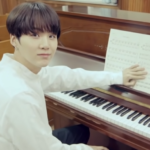 7 Korean web shorts to binge-watch, in case you haven’t seen them yet