Upcoming original series All of Us Are Dead follows a group of students trapped in a high school who find themselves in dire situations as they seek to be rescued from a zombie invasion of their school.

A teaser poster and date announcement trailer capturing the intense suspense was released, signaling yet another K-zombie syndrome on Netflix. 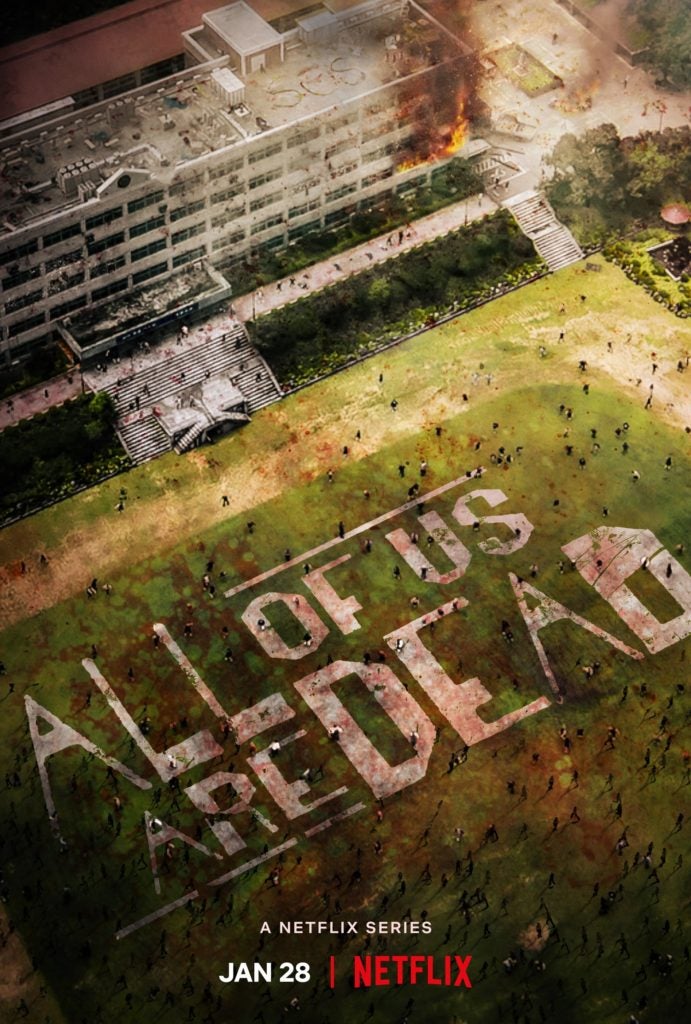 All of Us Are Dead is based on a popular webtoon by Webtoon creator Joo Dong-geun, touted as a ‘Korean-style zombie graphic novel’ with its wild imagination, gripping storyline, and meticulous details. Ever since the news was out that Netflix was adapting it into a series, the project has become highly anticipated. Director Lee JQ who touched off multiple crazes following the TV series Beethoven Virus, The Legendary Police Woman, and the recent hit film Intimate Strangers. And Writer Chun Sung-il known for his unlimited range across various genres with TV series LUCA: The Beginning, The Slave Hunters, and film series The Pirates partnered up to capture a group of teenagers’ desperate struggle for survival in just another ordinary school. The cast of young, talented actors including Park Ji-hu, Yoon Chan-young, Cho Yi-hyun, Lomon, Yoo In-soo, Lee You-Mi and Lim Jae-hyeok bring a youthful vibe, adding color to the show. 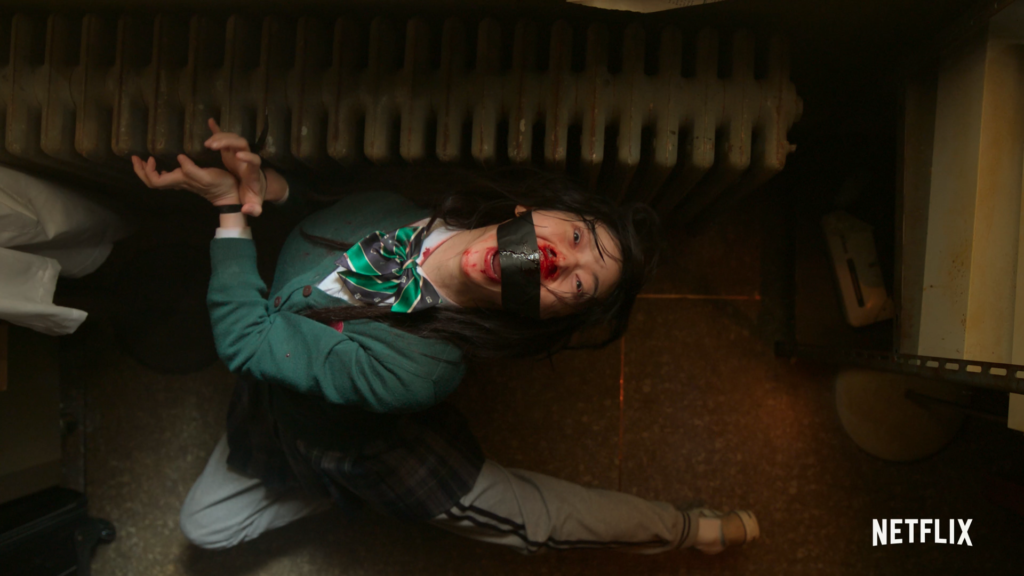 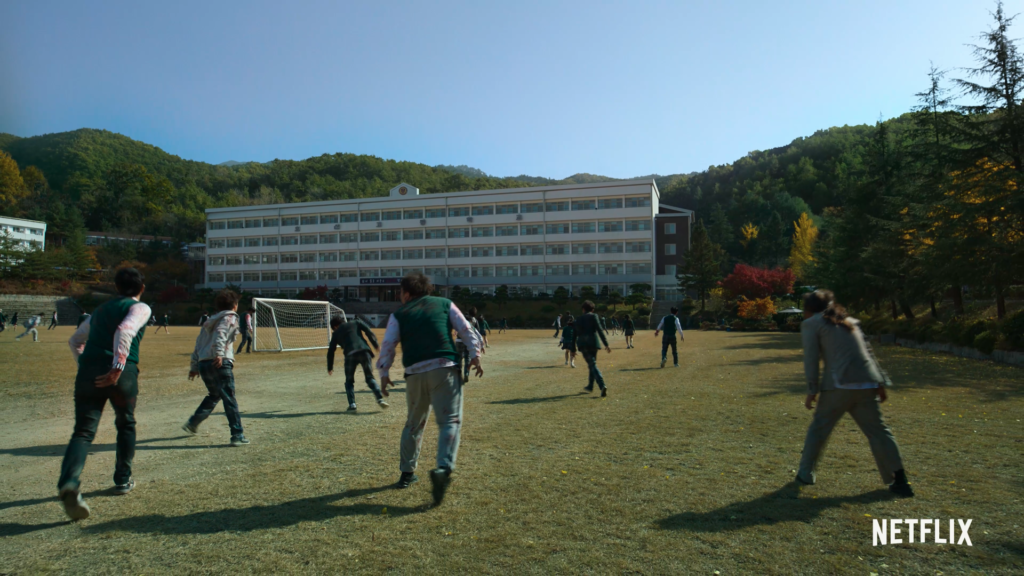 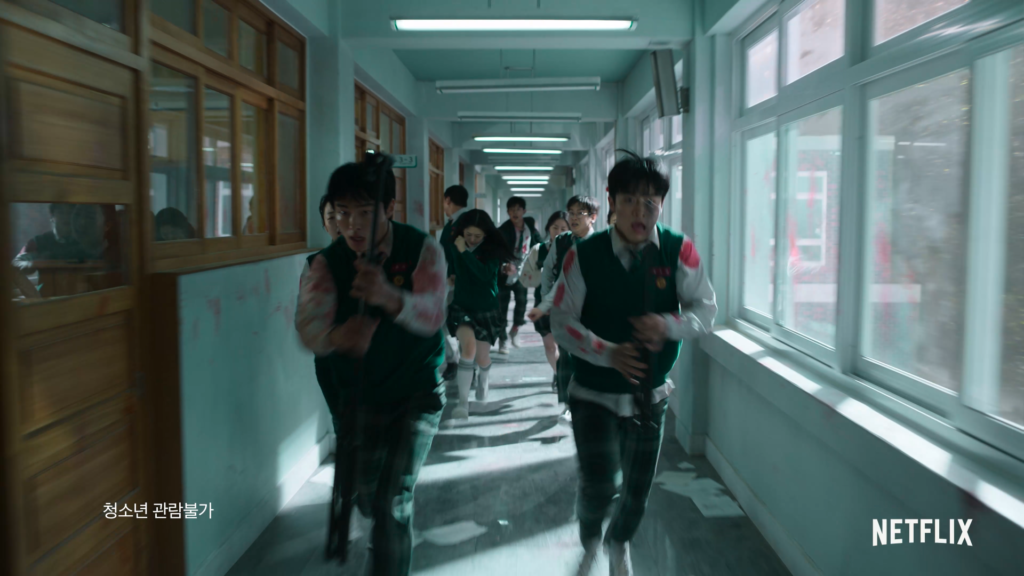 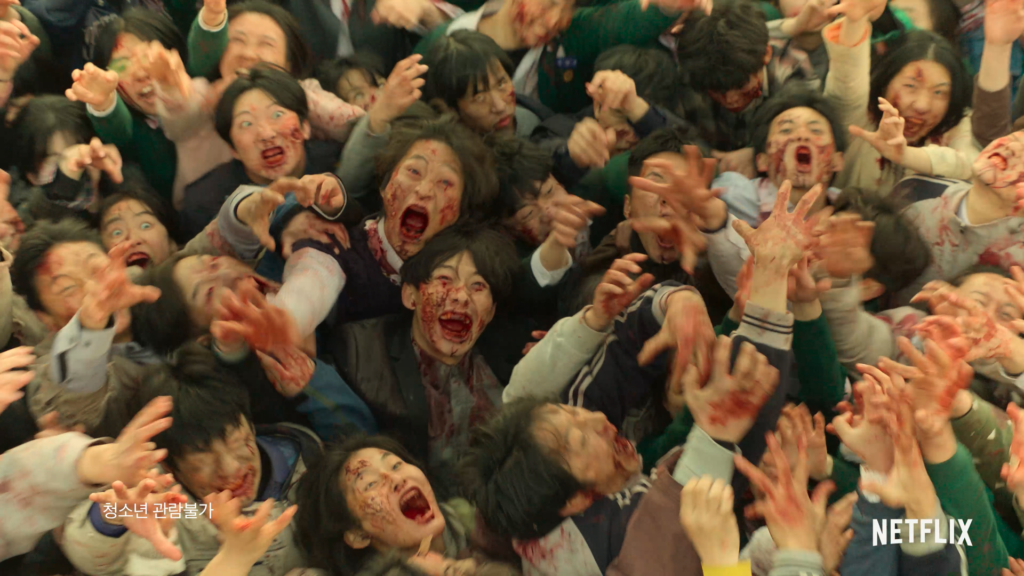 The eye-catching teaser poster features a school swept by horror and chaos. The blood-stained schoolyard, building engulfed in flames, and countless students trapped in the frenzied school intrigue the audience, providing a whiff of the wacky story taking place in a school that gives rise to a mysterious zombie virus.