With the onslaught of the COVID-19 pandemic, the Philippine cinema industry has been in need of a revival. And now with cinemas reopened to movie enthusiasts and lovers, the industry has been slowly getting back on its feet, with a few restrictions in place such as social distancing in theaters and eating and drinking not being allowed inside cinemas. Local cinemas have since been showing foreign films, like “Eternals”, “Encanto: A Magical World”, “No Time to Die”, and others.

The MMFF seems to be an optimistic time to show Filipinos that Filipino films are on par with foreign-made films. Well, um, that seems to be an overreaching statement, especially with some of the films being chosen as part of the festival’s line-up.

Since the beginning of the 2021 MMFF on December 25, 2021, cinemas in the Philippines have seen a low turnout of moviegoers, whereas in the time before COVID hit, cinemas and ticket booths would have been jampacked with eager watchers and children. The MMFF is usually a Christmas tradition for families who would want to have a laugh or a good time with their children.

However this year, a lot of factors have come together as a cause for the film festival’s slow start: COVID-19 restrictions, lack of “children-friendly” movies, inability to eat and drink in movie theaters, expensive ticket prices, and people still reeling from the effects of Typhoon Odette. Along with the release of the 2021 MMFF movie line-up came the backlash of having the much-anticipated “Spider-Man: No Way Home” screening delayed to January 8, 2021—after the MMFF.

As for MMFF itself, people on social media have commented on possible reasons for why the moviegoer turnout was low this year.

(1) AFFORDABILITY. Local cinema tickets are expensive under a pandemic. Its hard to ask support because priorities are clearer now.

And there are a lot more — check out other people’s reactions to the low turnout of this year’s MMFF here.

It’s hard to choose a side when it comes to this: yes, we’re all for supporting local films and local artists, but at the same time, how can we support films that almost always have the same plotline and same faces? Like, no offense, but this is where the film industry has to improve on.

Hats off to the film directors, scriptwriters, production teams, and actors who have been working their butts off tirelessly to pull off the films that were chosen as a line-up, pretty sure that it’s well-deserved. But maybe, if we put in more effort into creating quality films with un-formulaic plots, a variety of faces, and new stories without the usual “kabit”, dysfunctional family, slapstick comedy storylines, then maybe more filmgoers would be willing to watch them.

Also, fans of foreign films don’t have to belittle the film industry just because their much-awaited film’s screening was delayed because of the annual film festival. It’s rude and disrespectful to the efforts done by film production teams just to release the films they shed blood, sweat, and tears for. Pretty sure the production team of your anticipated foreign film also did the same, especially in this time of COVID-19.

And no, this isn’t just us preferring foreign films over locally made films. Because we have a lot of beautifully made films that were even recognized abroad, like “Maynila sa Kuko ng Liwanag” (1975), “Himala” (1982), “Metro Manila” (2013), and “Ma’Rosa” (2016). What’s stopping us from making films like these?

I can name one: preference of mainstream film over independent film, which by the way, should be focused on and given more budget. Also, the 2016 MMFF line-up is still the best out of all the MMFF I’ve seen. 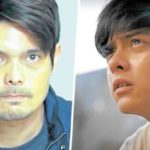 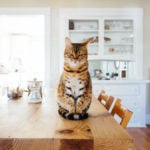