Venom: Let There Be Carnage has just been released in US theaters. Despite meeting mixed reviews by critics and audiences alike, there is one thing that has excited the majority of superhero fans — its post-credit scene.

Before we talk about the mind-boggling scene, we’ll remind you that this does have major *SPOILERS*, so proceed with caution, or don’t read this at all if you don’t want to.

Since the release of Venom 2 in Western theaters, there have been multiple leaks of its crazy post-credits scenes, many of them being on Youtube and Twitter. A bunch of the leaks were taken down by Sony, only further proving its authenticity. We’ll link a tweet of the video here, but it’s uncertain whether or not Sony will take this down as well. 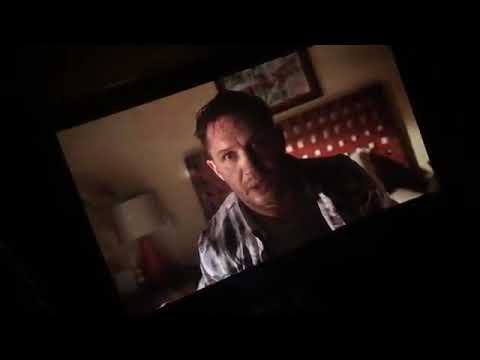 Thankfully, user C_StickSpam from Reddit explains the scene in much detail. When asked about what the post-credit scene was about, he answers:

“Basically, Eddie is bumming it out in a foreign island hotel watching a Spanish telenovela at night. Venom asks Eddie if he would like to see a fraction of a second of what his species has done. The second he does, the room lights up yellow and is transported to another hotel room in a different tropical area, but during the day this time.”

Was Eddie transported to another hotel room? Different universe, maybe?

Anyway, he continues, “JJJ [J. Jonah Jamison, the reporter] is on TV talking about how Peter Parker killed Mysterio, then a still image of Tom Holland’s Peter appears and Venom licks the TV saying something ‘… That guy,’ then the guy who’s renting the daytime hotel room asks ‘who are you’ and it ends there.:

So here we are. Venom has been transported to the Sacred Timeline – the universe of the MCU’s Spiderman. Not many expected this move, except for those who speculated on whether it was the Lizard or Venom on that one frame in the Spiderman: MWH trailer.

In the trailer for #SpiderManNoWayHome people think it could be The Lizard, but if you look closely at the shape, it looks like it could be #venom the mid credit scene in #Venom2 pretty much makes it more plausible pic.twitter.com/sM5zor2Gfv

With Venom 2 pretty much confirming the symbiote’s presence in the MCU, everyone has their jaws dropped. Thousands of tweets immediately surfaced after the leaks, showing the general consensus of absolute exhilaration.

Me and the boys watching the Venom 2 post credit scene: pic.twitter.com/BT5PG6tq3T

Venom 2 was a W, and that DAMN POST CREDIT SCENE!! HOLY SHIT

Does this mean that Venom will be a villain in Spiderman: No Way Home? Will he be part of the Sinister Six, the Spiderman villain group that the NWH trailer hints at? We don’t know for sure, but all we do know is that we’re more hype than ever for the release of No Way Home this December 2021.