On the lookout for fashion that takes into account the welfare of animals, Britons are gradually turning to ready-to-wear pieces and accessories made of synthetic leather and vegetable-based leather, and free from animal fur. A new study has revealed that an overwhelming majority of the population would like to see more vegan-verified fashion in all product categories.

It’s because veganism, in the broadest sense of the term, is booming in the United Kingdom. While it may be primarily associated with food, the phenomenon is extending to other sectors, starting with clothing.

A new study published by The Vegan Society shows that there is a real demand for vegan fashion in the U.K. More than nine out of ten shoppers (95%) say they would welcome more vegan verified fashion, and nearly half (48%) are even looking for these types of products in all fashion categories.

The survey shows significant interest in animal welfare among British consumers. More than six out of ten people (61%) consider that the use of fur is cruel. The same is true for leather from exotic animals (57%), calf leather (54%) and cow leather (37%). As a result, more than a third of respondents (35%) would like to see more vegan alternatives for ready-to-wear pieces and accessories originally made from animal leather, including jackets and boots, as well as for bags (32%).

And brands have already been working on developing such alternatives over the last several months, even years for a few, and unveiling product launches made from materials that are alternatives to leather.

Mushrooms, pineapple, cacti, apples and grapes; there are now a multitude of solutions for going without leather.

The survey shows that more than a third of respondents (35%) would like more vegan leather options, and nearly three quarters (74%) say they would be willing to spend more money on vegan leather than animal leather. Beyond even the vegan aspect of these alternatives, Brits believe they are sustainable (42%), ethical (34%), and even modern (31%).

According to The Vegan Society, the global vegan women’s fashion market was valued at more than $396 billion in 2019, and revenues could reach nearly $1,096 billion by 2027. JB

Will the top models of tomorrow be virtual? 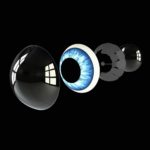 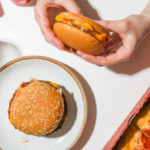 Some foods could take minutes off your life while others add minutes, says study