For Pride 2021, we’re marching to register to vote

Pride is first and foremost a protest.

To celebrate Pride this year, [email protected] composed of Google, Facebook, Globe, and IBM, together with creative digital agency Propel Manila, are turning Pride Marches into marches to register to vote. 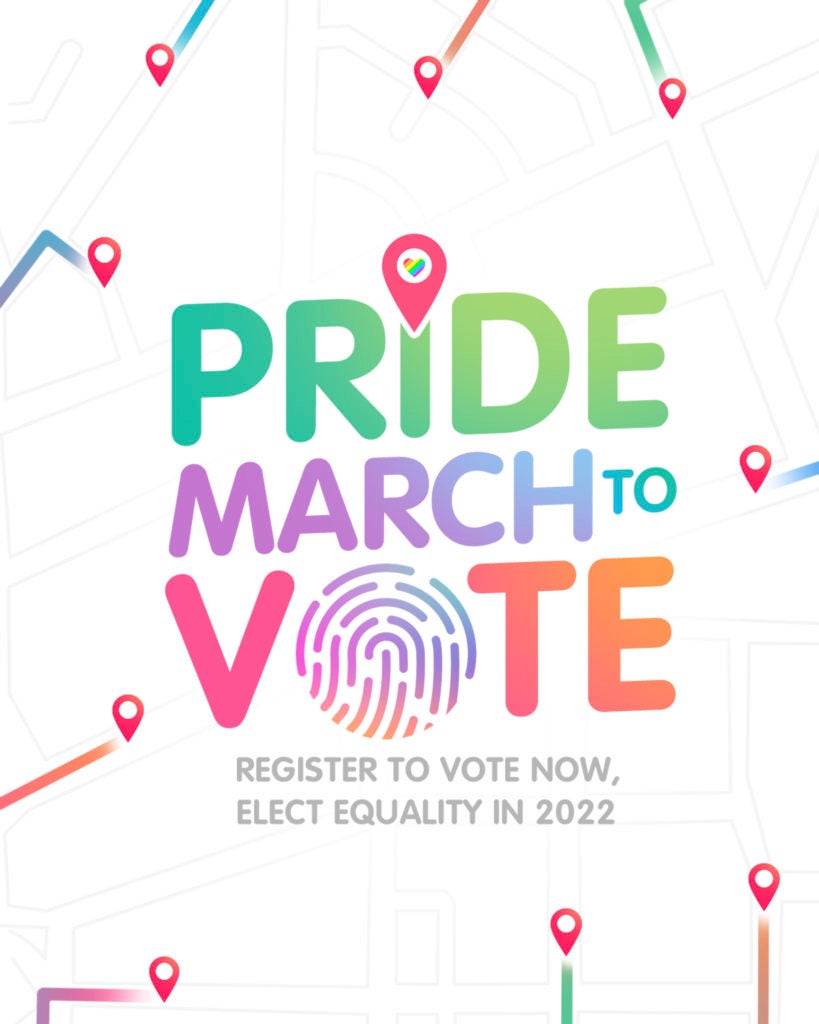 An online marching platform that lets people do a virtual Pride March to COMELEC. To encourage people to register to vote, to make a change, and support the cause for equality in the most impactful way: By electing leaders and lawmakers who are pro-equality. 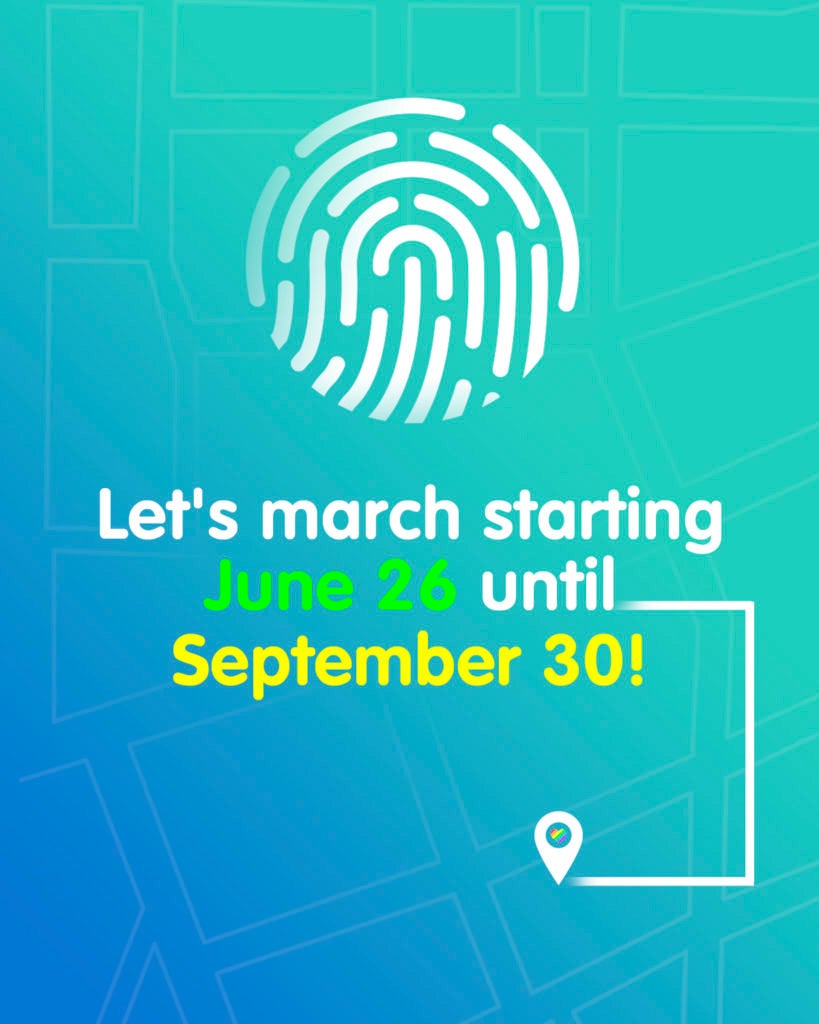 How To Be Part of It

It’s simple! Starting June 26 till the last day of voter registration September 30 1.) Go to pridemarchtovote.com and look for your nearest COMELEC office 2.) Set your route 3.) Pick a rainbow color 4.) And you’re set to march!

Each march is a step forward in getting more people to register to vote and elect equality in 2022.

GIPHY packs were also made available on social media so people could easily challenge their followers, friends, family members, to march and register to vote too. 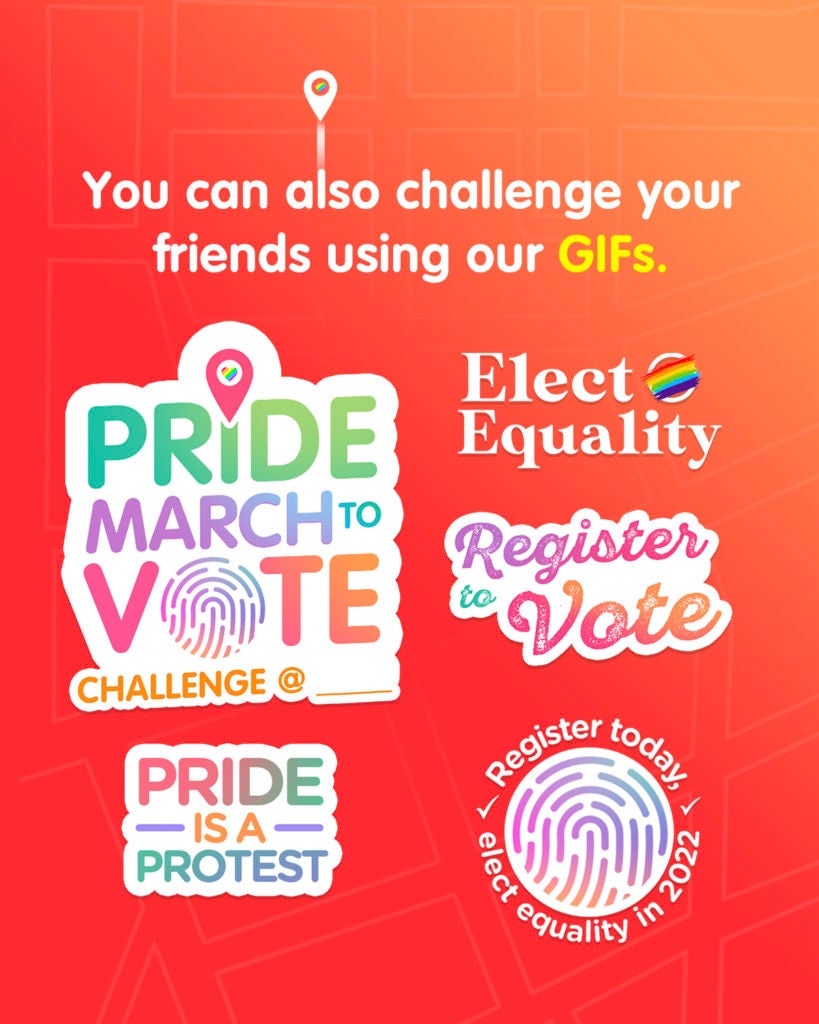 “This year, we’re really making our march count. By turning our Pride March into a march to register,” this is the opening of [email protected]’s launch video for this effort. Technology has the power to unite people, raise voices, and bring about social change. And the online marching platform, pridemarchtovote.com, is a testament to that.

“Pride is first and foremost a protest against injustices, against inequality. And we believe that the most important symbol of protest is in the ballot,” says JC Valenzuela, CEO of Propel Manila. “We are one with the government’s call to increase voter registration, and we think an important legislation is at stake as we vote in 2022. This online march is our commitment to making equality matter even more in the upcoming elections.”

“Indeed, the best way to protest is to register so we can vote for equality in 2022,” says Raymund Sison, Creative Chief at Propel Manila. “With the upcoming elections and the SOGIE Equality Bill still hurdling passage into legislation, we thought the best way to celebrate Pride this year is to rally people to register to vote. So we turned our Pride March into a march to register. To promote voter turnout, and to help make a change in our country.” 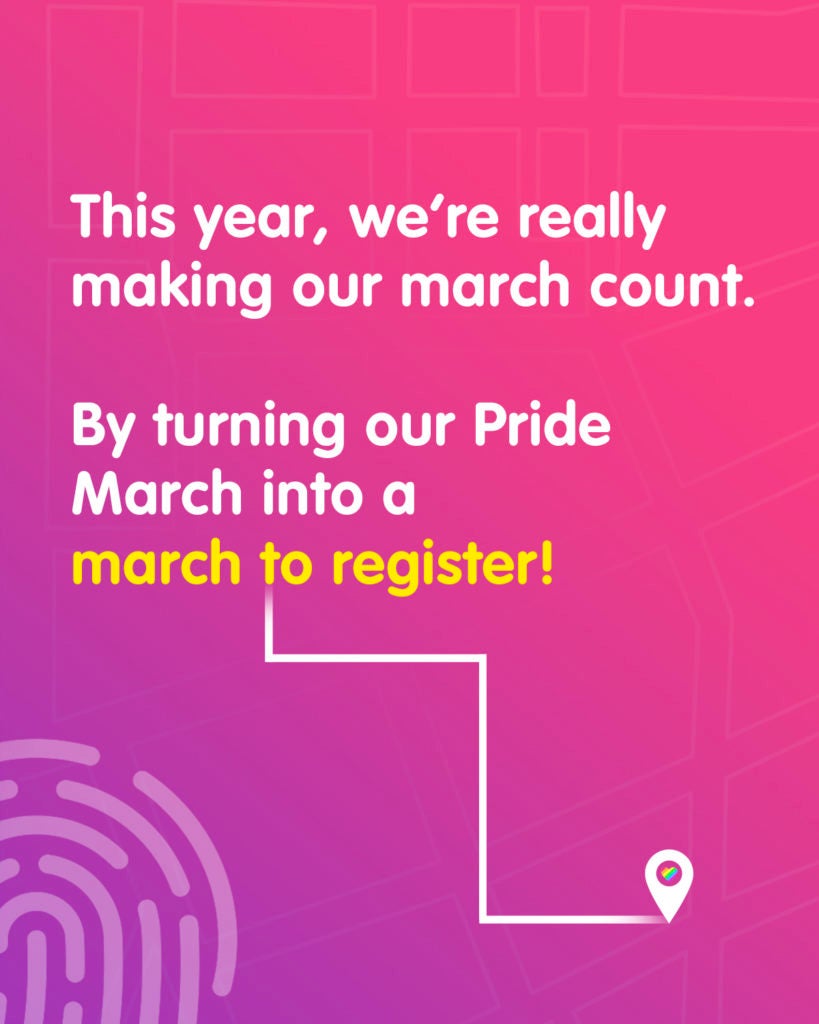 This is an equality initiative by [email protected] composed of Google, Facebook, Globe, and IBM, and creative digital agency Propel Manila. 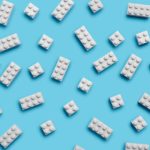