Christopher Cross, a yacht-rock icon and five-time Grammy winner, was faced with tough news when he tested positive with coronavirus in April this year. On his way to recovery, the artist was later then diagnosed with Guillain-Barre syndrome, a rare autoimmune disorder where a person’s immune system damages the nerves. “It was the worst 10 days of my life. I couldn’t walk, could barely move,” Cross says in his special “Christopher Cross on Surviving COVID” on CBS Sunday Morning.

His story seems to touch the hearts of the people as they felt reconnecting with his music. According to Nielsen Music/MRC Data, his music sales skyrocketed to 979% and sold a combined 6,000 downloads in just two days (Oct 18-19) after the story came out. The 1980 number-one Billboard Hot 100 hit single “Sailing” got 823% sales bump with over 2,000 downloads followed by his number-two hit “Ride Like the Wind” with 1,000 downloads or 757% sales increase.

In addition, Cross sold more than 500 copies of his self-titled debut album containing “Sailing”, “Ride Like The Wind”, and “Never Be The Same”, an increase of 1,049% compared to the last two days before his special appeared.

Although his national tour was cancelled this year, the singer-songwriter is eager to return to the stage. “I don’t know whether I’ll walk out with my cane and I’ll sit down on a stool,” he says. “But I’ve gotta tell you — and it’s hard to, you know, keep it together here – but, you know my fans, I know them. And they love me. I really feel in my heart, at least, that the fans are gonna be with me. ”

While Cross may still experience some lingering COVID-19 symptoms, he remains optimistic as he makes his way to full recovery. 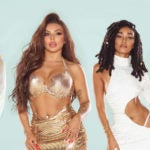 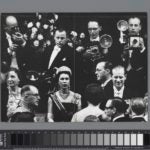