Pasta pandemic: 25% of consumers upped their pasta intake during lockdown

Pasta has ended up being a symbol of the COVID-19 lockdown. Who could forget the sight of empty supermarket shelves after pasta panic-buying took hold! And the effect seems to have been widespread, with a quarter of consumers around the world eating more than their usual quota of macaroni, fusilli, spaghetti and other pasta varieties during lockdown.

Ahead of World Pasta Day, Oct. 25, Unione Italiana Food and ICE have taken stock of the consumption of this typically Italian culinary staple. Over 5,000 people were surveyed in Germany, Italy, France, the United Kingdom and the United States, which represent over a third of the global pasta market.

During the first six months of the year, the appetite for farfalle, orecchiette and other pasta varieties shot up, with a growth of over 40% in the U.S., Canada, Australia and Romania. Growth was closer to +30% in the British, Dutch and Saudi Arabian markets. However, the biggest growth, at +60%, was seen in Hong Kong, Ukraine and Ireland.

But while hunger for pasta appears to be universal, different varieties are preferred in different global locations. According to Unione Italiana Food, Brits and Americans are more inclined to pick long pasta, like tagliatelle or linguine.

Online food enterprises cook up ways to stand out 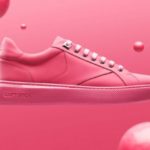 Gum boots? When the world’s second most common form of litter becomes a pair of sneakers 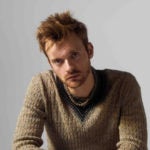