While multiple fan events and concerts were postponed this year, the Korean fever in the Philippines is still on full swing! From K-Drama series trending online and K-Pop groups releasing comeback after comeback which become instant hits in the country, there’s no shortage of things to rave about and celebrate in the fandom. Globe Kmmunity PH’s VLive channel continues to  provide exclusive events, experiences, and content for Hallyu fans including the chance to show support and interact with their favorite idols!

Last September 11, its new series called Kmmunity PH LIVE successfully kicked off with an entertaining virtual fan meet with the cast members of Running Man. It garnered more than 12 million hearts and 96,000 plays on VLive. And for those who missed it or just want to relive those fun moments with the cast, they can head onto Kmmunity PH’s VLive channel  at http://glbe.co/KmmunityPHVLIVE to watch it again. 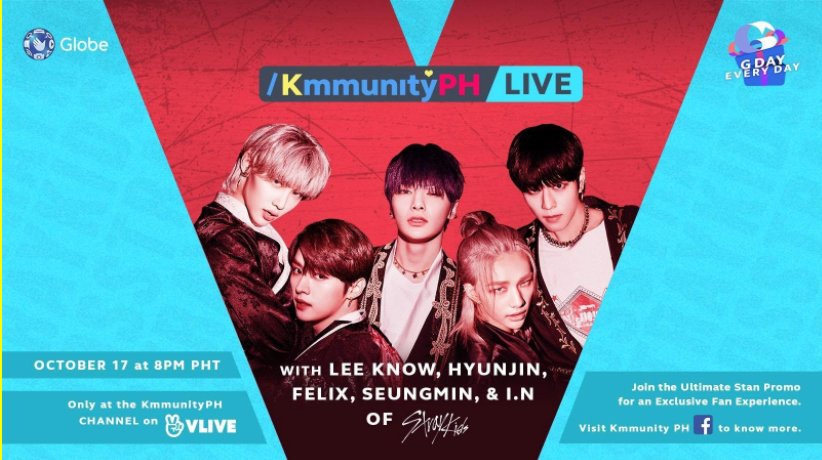 Together with the other members Bang Chan, Han, and Changbin, Stray Kids (a.k.a. “STAYs”) has garnered a big following of dedicated fans in the Philippines after their successful first concert at the Araneta Coliseum back in April 2019.

After appearing in JYP Entertainment’s reality show of the same name, Stray Kids officially debuted in 2018 with the release of their EP titled “I Am Not” along with the music video of its title track titled “District 9.” They were supposed to be continuing their “District 9: Unlock” 2020 world tour this year, with a stop in Manila, but was postponed due the global pandemic.

As producer-idols, the members are in charge of their discography starting from song production to songwriting. Through their lyrics, they talk about the struggles and challenges experienced by people everyday, whether it’s big or small. Their touching messages in the form of songs help their fans power through their own hurdles.

10 THINGS you need to know about this fanmeet: 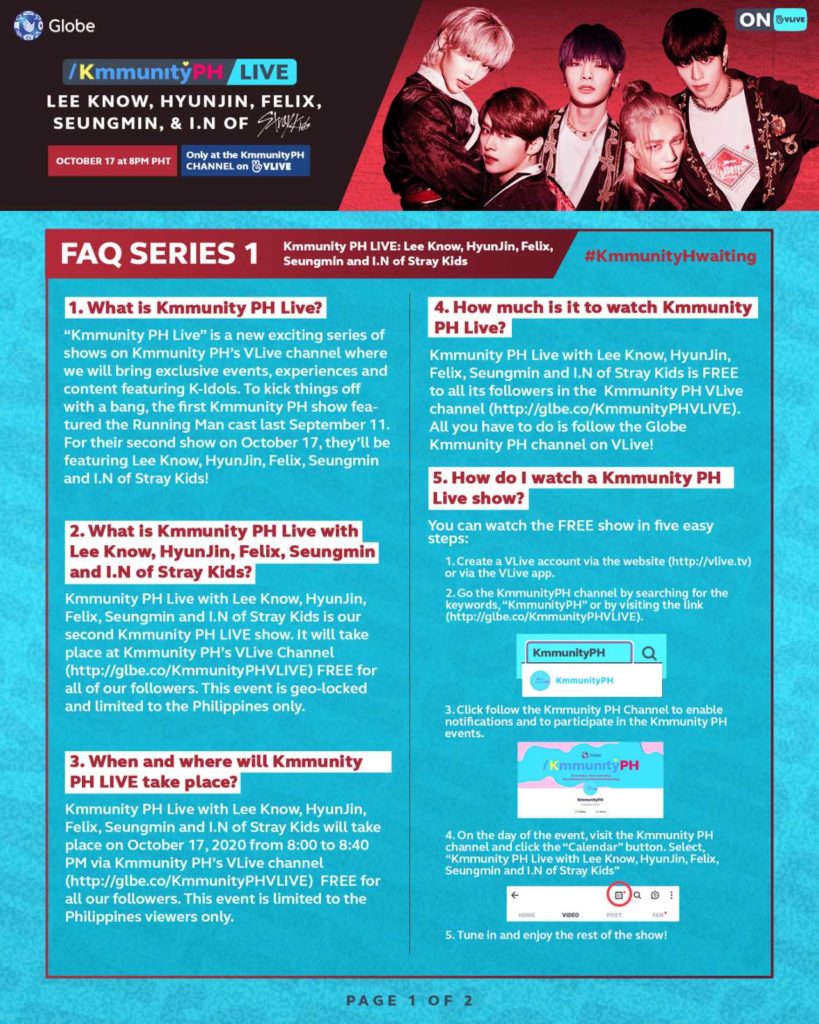 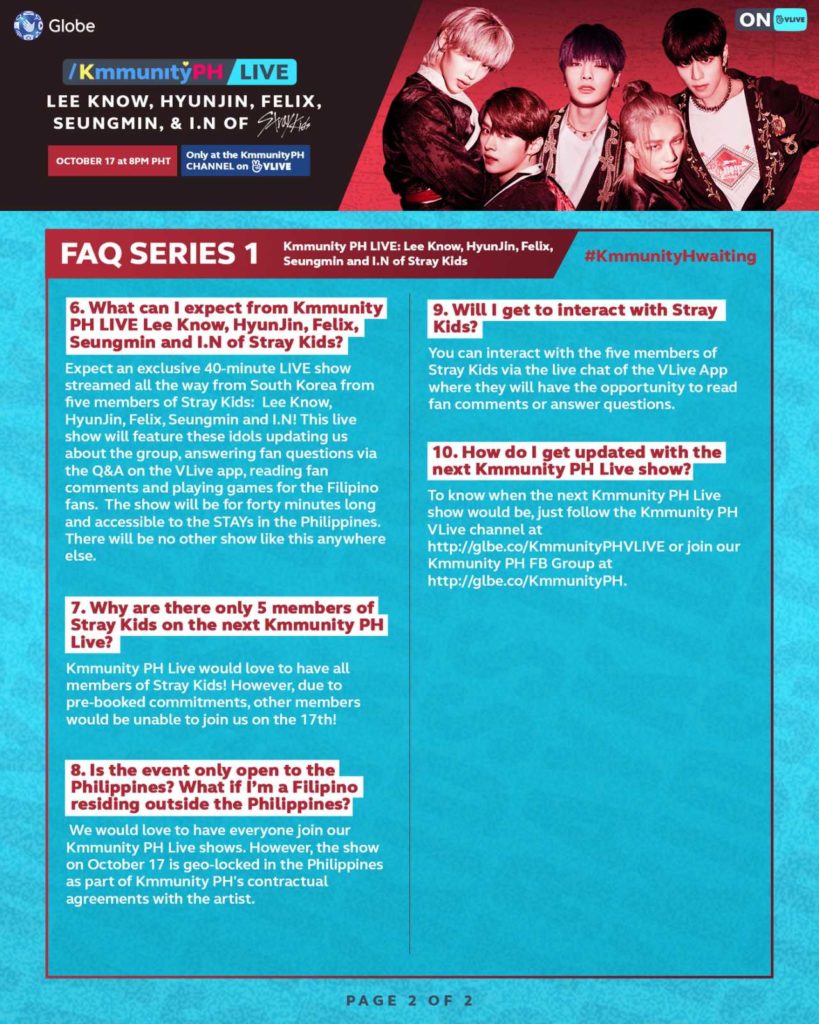 Want to win an Ultimate Stan Experience with Lee Know, HyunJin, Felix, Seungmin and I.N of Stray Kids and get exclusive perks like live interaction and screen capture time with the members? Globe customers can find out how by joining the Kmmunity PH Facebook group at http://glbe.co/KmmunityPH! You can also watch more of your favorite K-Pop groups and K-Idols by subscribing to Globe Prepaid’s Go-K! GoKorean10 Booster and Globe at Home’s HomeWATCH199.