Follow us:
British site Inkifi chose Paris as 'The World's Most Creative City' thanks to its concentration of art galleries and street art. Image: ZeniMax Media/ Istock via AFP Relaxnews. 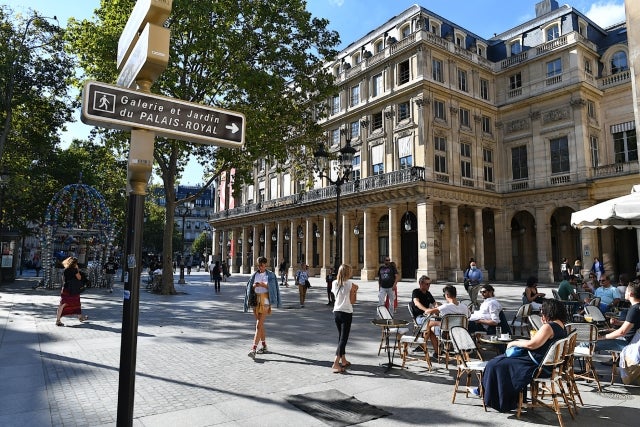 British site Inkifi chose Paris as ‘The World’s Most Creative City’ thanks to its concentration of art galleries and street art. Image: ZeniMax Media/ Istock via AFP Relaxnews.

British website Inkifi analyzed 75 cities worldwide to rank the most creative ones, considering a selection of inspirational factors in the realms of art, music and architecture. The City of Light clearly leads the pack, outshining London and New York.

According to Inkifi, culture buffs should travel to Paris, the city that counts the highest concentration of theaters and historical monuments per square mile. Paris is also known for its street art; apparently, Instagram users have posted over 824,000 street art images taken in the city.

The second and third most creative cities are Barcelona and Dublin, with weighted rankings of 38.03 and 31.82 out of 100, respectively. Paris, on the other hand, boasts an 80.92 overall score.

Barcelona ranked high thanks to its concentration of historical monuments and statues, while Dublin had over 30 comedy clubs.

Tel Aviv, New York and Milan also ranked high in “The World’s Most Creative Cities”.  The Big Apple is the top American city for cultural events and the leading spot worldwide for the number of hometown music artists. It preceded Los Angeles, Miami, San Francisco, which made it to the Top 10, and Chicago and Orlando, which ranked 13th and 18th.

To establish this ranking, Inkifi assembled data from various sources such as YouGov, Instagram, Ahrefs, TripAdvisor and Euromonitor. The 10 most creative cities worldwide are as follows:

Lyon’s cure for virus blues? A morning of wine and sausage

Take a break: How to have a breather like a local from Sweden to Japan

Which country has the biggest appetite for eating out?