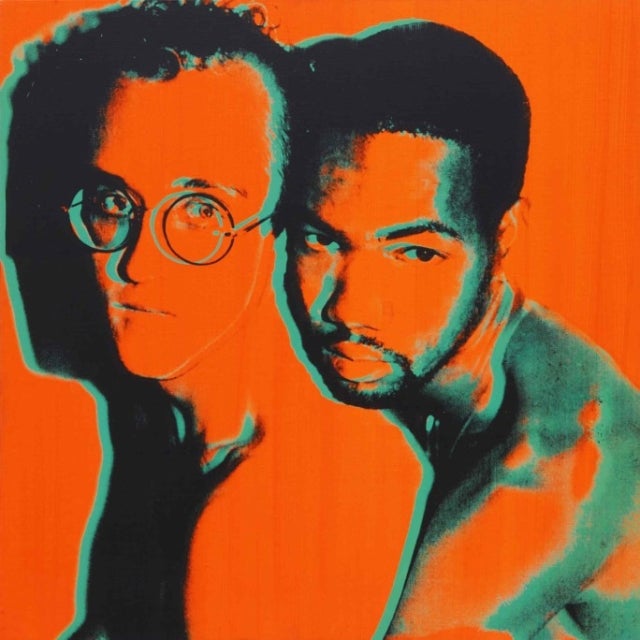 Sotheby’s has teamed up with the Keith Haring Foundation for an exclusive online sale dedicated to the famous American street artist, who passed away in 1990 at the age of 31 following a battle with AIDS.

The sale, “Dear Keith: Works from the Personal Collection of Keith Haring”, will feature more than 140 works of art and artifacts of all kinds from Haring’s personal collection, and estimations expect the sale to raise nearly $1 million (or approx. P48.4 million) for the New York charity The Lesbian, Gay, Bisexual & Transgender Community Center.

Most of them frequented the famous New York night spot Club 57, where Haring often went in the late 1970s, organizing exhibitions with the works of his friends and other artists.

Among the most coveted lots in the sale is a colorful portrait of Haring and his companion and DJ, Juan DuBose by Andy Warhol. The painting is estimated between US$200,000 and $250,000 (or approx. P9.6 and P12.1 million).

Roy Lichtenstein will also make a notable appearance in the “Dear Keith” sale with “Forms in Space”, a 1985 print that Haring had hung above the fireplace in his New York apartment — estimated to fetch up to $70,000 (or approx. P3.3 million).

“Dear Keith” will be held on Sotheby’s official website between Sept. 24 and Oct. 1. Would-be buyers will be able to view works from Haring’s personal collection at Sotheby’s New York from Sept. 26 to 30.CC

The art of UGH according to Hulyen