Back in 1997, people of all ages were introduced to the orphan boy named Harry Potter. Little did they know that this child from number four, Privet Drive, would become one of the world’s greatest and most beloved fictional wizards. Because of the character’s popularity, the Harry Potter franchise has spawned seven complete books, a Broadway play, and its own theme parks. There’s also a dedicated Potterhead community in almost every country in the world.

With this in mind, it’s not surprising to see that a lot of fans have dedicated their lives to supporting the fandom. From decorating their house with Harry Potter memorabilia to choosing to tattoo themselves with icons from the books, Potterheads are indeed one of the most loyal and most dedicated fans out there today. Case-in-point, this Harry Potter-obsessed couple who’ve recently made waves online for their 100 years of Hogwarts fashion videos. 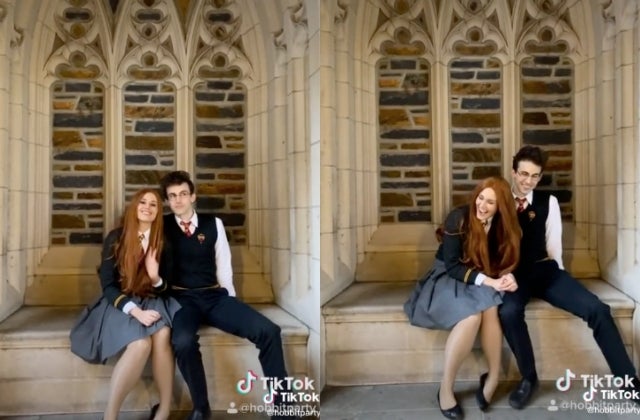 Married couple Hayley and Michael Burson have been avid Potter fans for years. In fact, the two met at a “Harry Potter club” and from then, they started dating and eventually got married. And up until now, the Bursons continue to show their love for the wizarding world by holding podcasts, creating custom Harry Potter-inspired outfits, and even doing cosplay.

Recently, their Tiktok videos on the history of Harry Potter costumes have gained popularity online for its creativity and attention to detail. 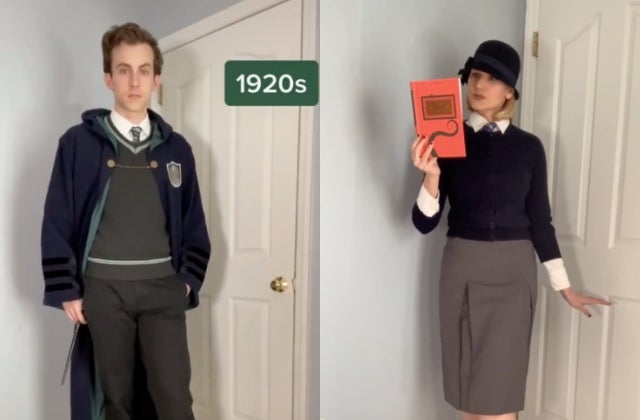 Michael Burson’s video, in particular, even caught the attention of JK Rowling herself. The author tweeted this response to the clip:

As of now, the couple continues to post Harry Potter-related content on their Tiktok accounts and other social media platforms.

To watch the full videos of Michael and Hayley’s 100 years of Hogwarts fashion, visit www.tiktok.com/@hobbitparty.