The Hinrich Trade Negotiation Simulation was held at the Ateneo de Manila University last October 19-20, 2019. Aiming to promote sustainable trade as well as provide students with the opportunity to hone their skills in negotiation, diplomacy, and public speaking, the simulation became an avenue for participants to challenge their limits and learn about the pressing issues that affect the global and regional trade. Participants broadened their horizons as they confronted scenarios that influenced not only the economy of their country-team but their relations with the international community — allowing them to develop an understanding of cultures and interests outside of their own. 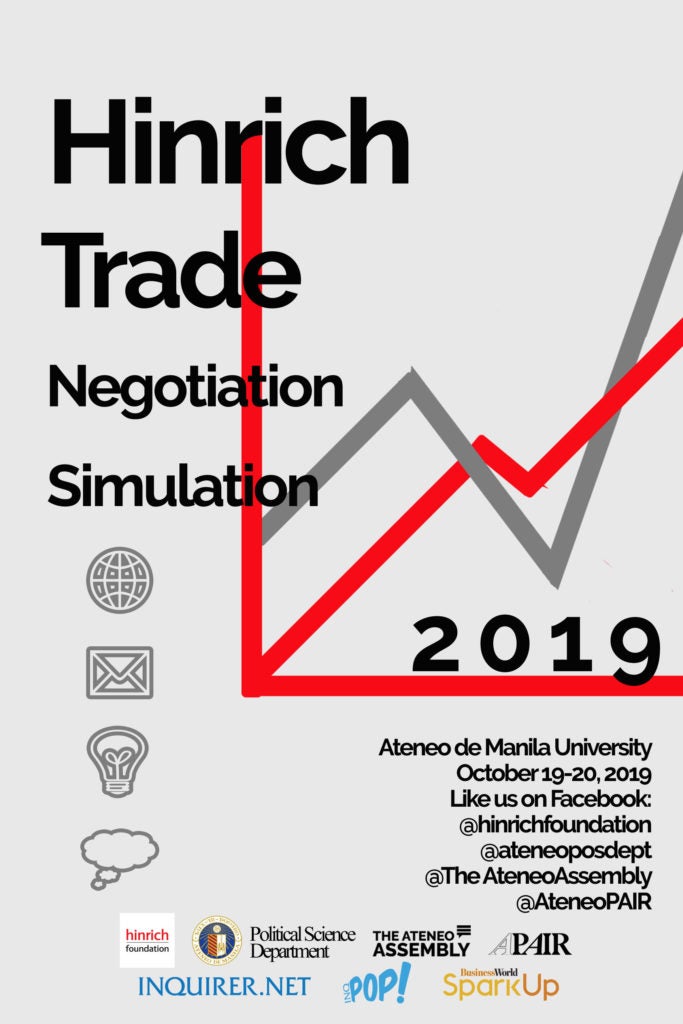 43 delegates from various schools around Metro Manila were chosen to play the role of Senior Trade Negotiators. They were grouped into 6 country-teams who negotiated on binding agreements to resolve trade issues presented to them. With the guidance of trade experts, they strategized their approaches and negotiated their positions to achieve an agreement favorable to all countries. Ultimately, the goal of reaching a consensus on a Multilateral Free Trade Agreement was achieved. 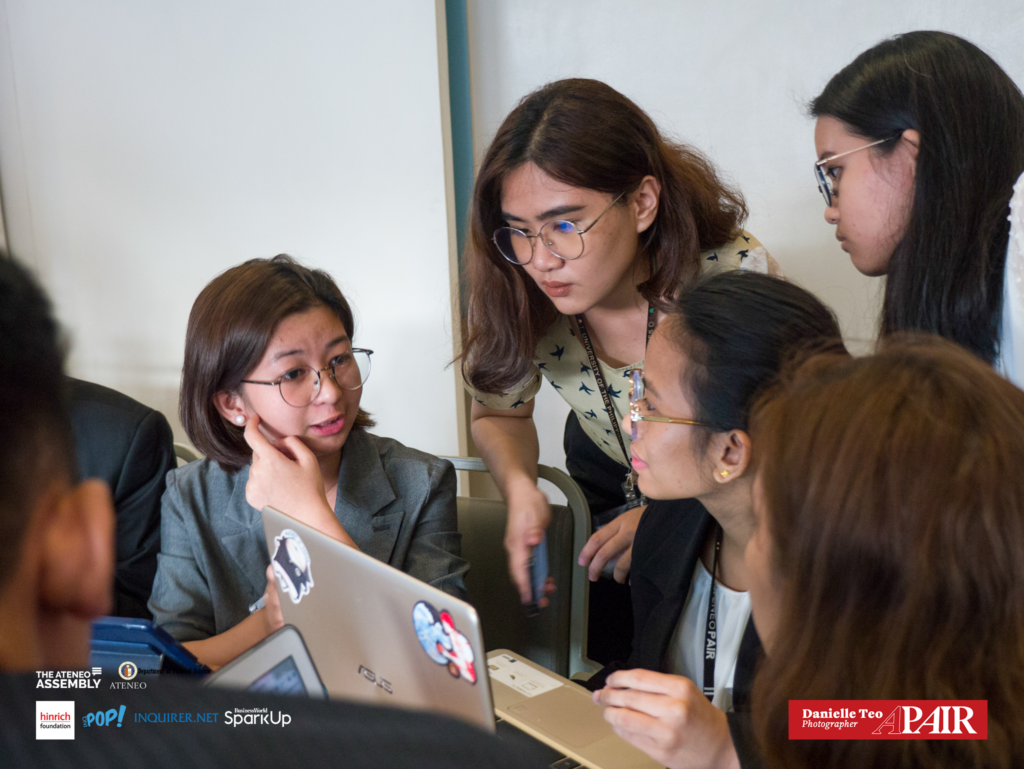 The event was forged out of a partnership between the Ateneo Department of Political Science and the Hinrich Foundation and co-presented by the Ateneo Project of Asian and International Relations (APAIR) and the Ateneo Assembly, with media partners INQUIRER.net and Business World’s SparkUp. 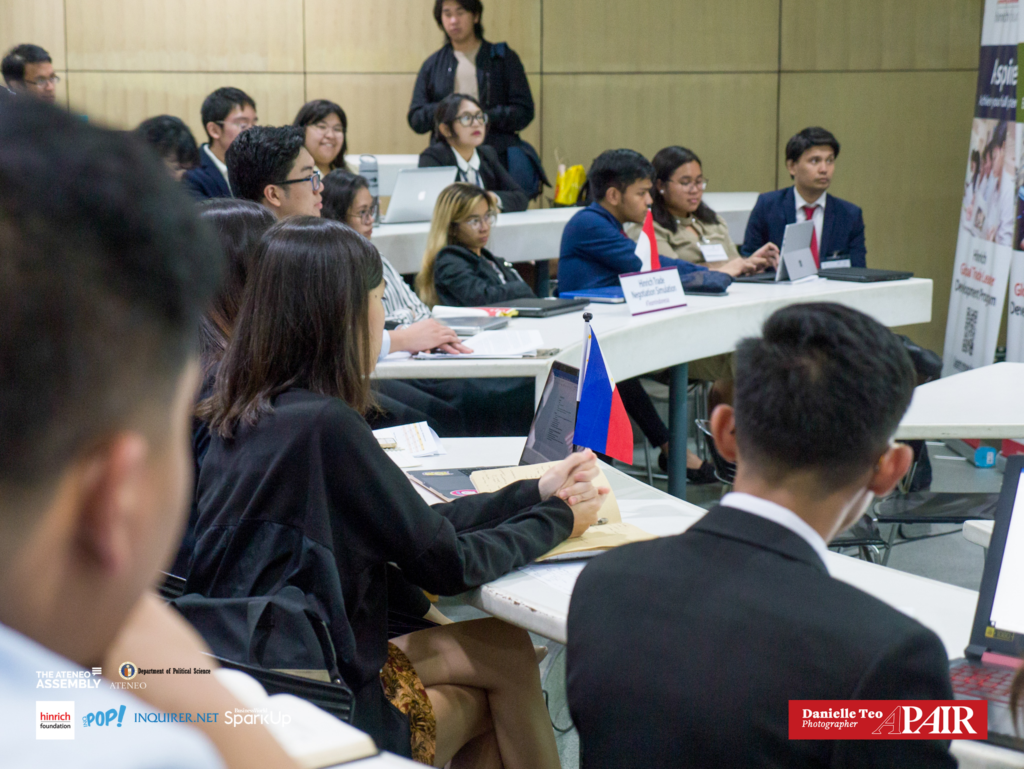