Follow us:
Bannie Kang took the trophy at the Diageo World Class Bartender of the Year competition. Image: Courtesy of Diageo via AFP Relaxnews

Bannie Kang, a South Korean mixologist who slings cocktails in Singapore, has been crowned the world’s best bartender 2019 at the 11th annual Diageo World Class Bartender of the Year competition.

Kang outshook and outstirred 52 bartenders from around the globe in the final round of heats that took place across four days in the Netherlands and Scotland. 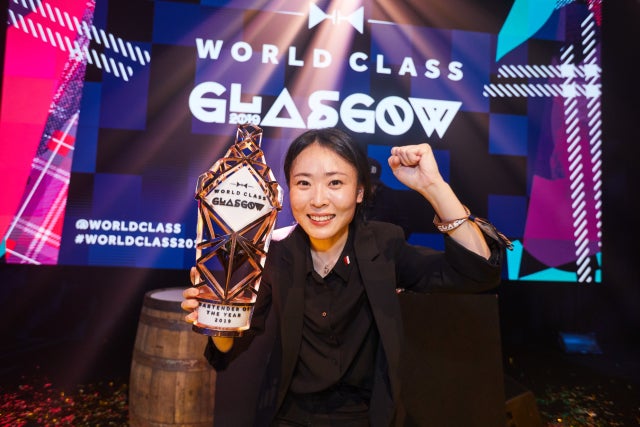 Bannie Kang took the trophy at the Diageo World Class Bartender of the Year competition. Image: Courtesy of Diageo via AFP Relaxnews

In Singapore, Kang is the head bartender of Anti:Dote bar at the Fairmont Singapore, which specializes in progressive, modern cocktails made with housemade bitters, homegrown herbs and flowers, premium spirits and flavored sodas.

Throughout the competition, finalists were challenged to concoct environmentally-friendly drinks “with a sense of community at their core” and to create cocktails using a mystery box of ingredients and bar tools.

Competitors were also challenged to create a series of cocktails using the single malt The Singleton, Tanqueray No. Ten and Johnnie Walker.

For the next year, Kang will serve as a global ambassador for Diageo Reserve brands, traveling the world and judging world-class national heats. RGA/JB

Filipino bartender in HK imprisoned for ‘loitering’ inside female toilet