All Systems Go! Last Chance to Catch WESTLIFE ‘The Twenty Tour’ on July 29 and 30

LESS THAN A WEEK TO GO! Fans are excited and the anticipation is rising for Irish pop vocal group, WESTLIFE’s ‘The Twenty Tour’ in Manila. The concerts are all set to happen on July 29 and 30th at the Araneta Coliseum.

The reunion tour is expected to be nostalgic, as the band will be performing their well-loved hits in Asia. They are definitely back and in full swing, ready to celebrate their 20th anniversary of hits with loyal fans here in Manila. 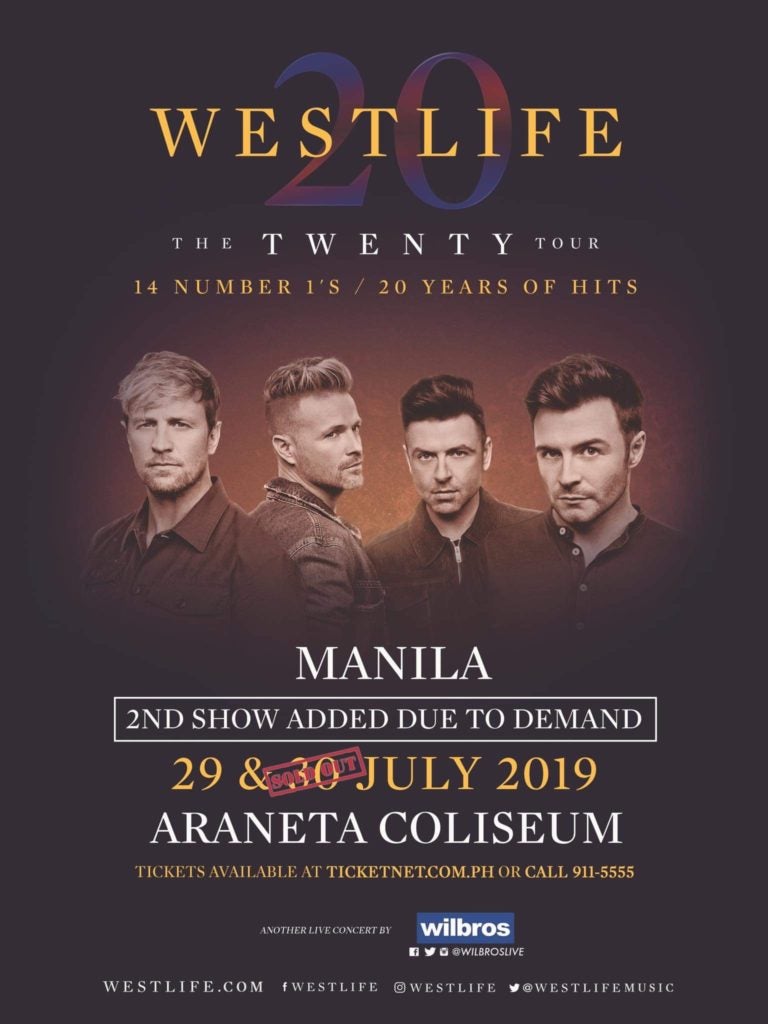 Proof to the overwhelming love of their supporters, ‘The Twenty Tour’ is Westlife’s fastest selling tour of all time. The band sold an incredible 400,000 tickets in just 48 hours in the UK. Their first show in Manila sold out in less than a day. The shows will see the global pop kings perform their greatest hits and all 14 of their U No.1 hits including ‘Swear It Again’, ‘Flying Without Wings’, ‘If I Let You Go’, ‘My Love’, ‘Uptown Girl’, ‘A World Of Our Own’, ‘Unbreakable’, ‘Mandy’, and ‘You Raised Me Up’. 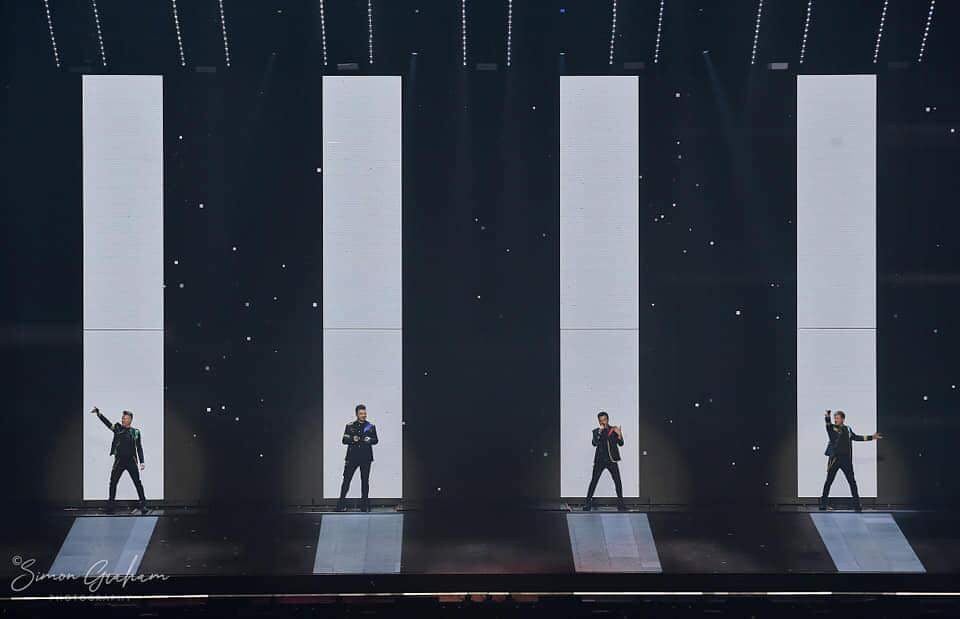 Being the UK’s top selling album group of the 21st century, Shane, Nicky, Mark and Kian have also returned with their highly anticipated first new single in eight years, ‘Hello My Love’, which is written and produced by superstar hitmarkers Ed Sheeran and Steve Mac. 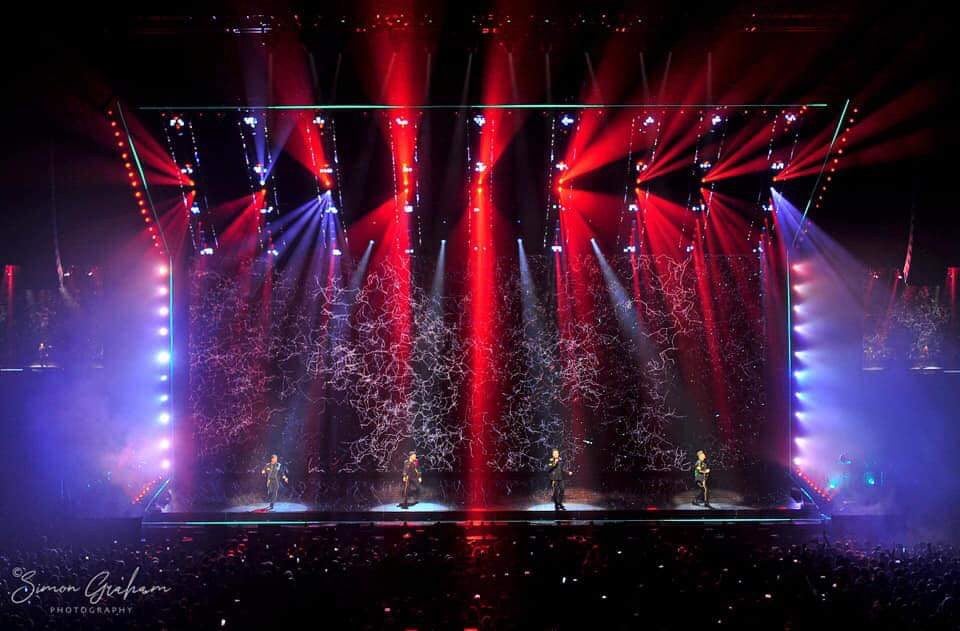 Westlife have sold over 55 million records worldwide, and are the only band to have their first 7 singles enter the UK chart at No.1. They also have the most singles of any artist to debut at No.1 in the UK. Overall the band has had an incredible 14 No.1 singles, behind only Elvis Presley and The Beatles. They have had 33 No.1 albums worldwide and as a live act have sold 5 million concert tickets worldwide. 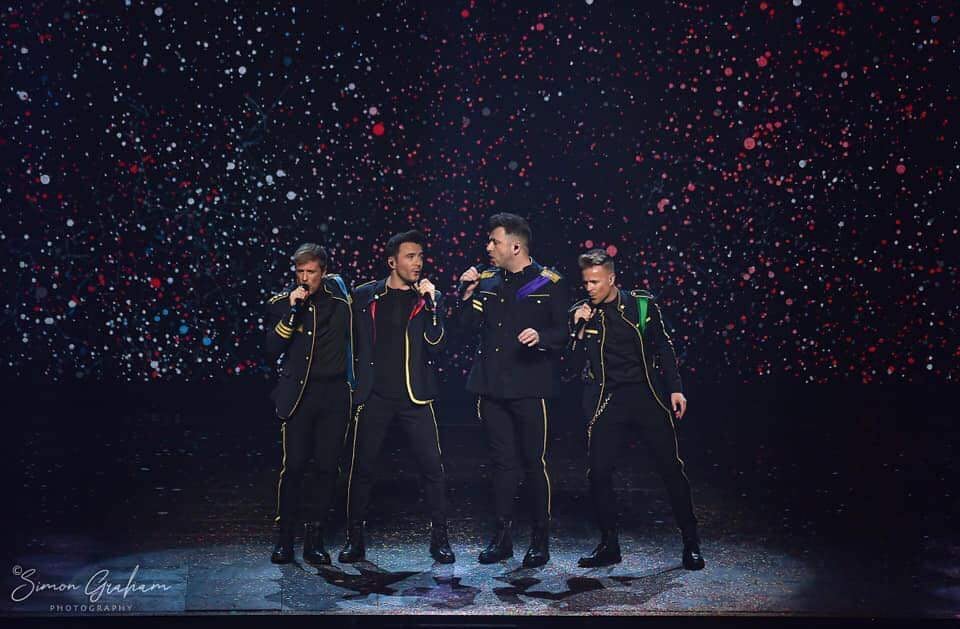 Last chance! Few tickets left to WESTLIFE: The Twenty Tour in Manila via TicketNet.com.ph or Call 911-5555. You can also visit any TicketNet outlets nationwide or the Araneta Coliseum box office.

All Systems Go! Last Chance to Catch WESTLIFE 'The Twenty Tour' on July 29 and 30
Araneta Coliseum
Westlife
Westlife Twenty Tour
Wilbros Live
INQPOP! Stories we think you might also like: