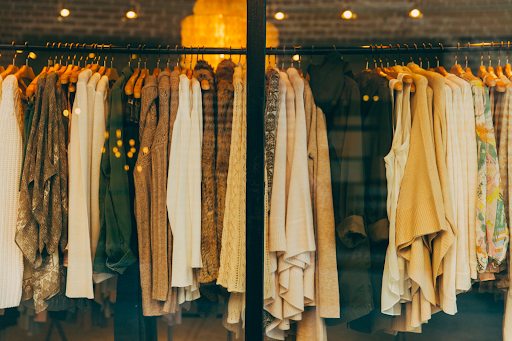 The evolution of thrift shopping

Achieving a whole new market and changing the game of fashion industry as we speak, a thrift shop has since emerged. And from being just a destination of clothing necessity for the working class, thrift shops have turned into the shopping destination for stylish vintage wear and authentic pieces that used to be widely unknown.

The word thrift, which was coined in the early 1900s, is defined as “the quality of using money and other, carefully and not wastefully.” With that being said, a thrift store is a retail store that sells secondhand goods at low prices—enabling consumers to thrift. According to Planetaid, 77 percent of millennials would rather buy clothes that would help the environment. Aside from DIYs, buying secondhand is the closest application to the virtues of reuse and recycling fashion.

This leaves us with the question, how did thrift stores evolve from just used goods to a rising enterprise?

According to Jennifer Le Zotte of the New England Quarterly, “as early as the colonial era, writers, politicians and other vocal critics denounced the sale of used goods.” Moreover, Blakemore affirms in Jstor Daily that the birth of secondhand sales happened long before thrift shops were prevalent.

During the time when thrift shops were thriving to rise, a story posted by The Saturday Evening Post entitled “The Blue Silk” intruded. It was reiterated how Louisa attends a fancy ball in a secondhand bought dress, only to be humiliated and infected by smallpox. This magnified and cemented the moral and physical dangers of wearing used goods.

The salvation rises, the redemption of secondhand goods

From 1889-1902, The Salvation Army and Goodwill Industries were born.

As the inflation of urban population began, secondhand goods were in great demand. And after thrift stores had become “a gateway drug” to the American market, it started inviting poor immigrants to shop as well.

In 1929-1941, the Great Depression—which is the world’s worst economic calamity—opened even more opportunities for the reselling of secondhand goods.

Thrift stores lured more consumers by following displays similar to department stores. This is to sway customers that fashionable and appealing clothes can be found within their stores. They even reduced prices to entice customers more.

Nowadays, even online platforms such as Ebay, an e-commerce corporation founded in 1995, are shifting to the prominence of thrift shops. This medium facilitates to consumers willing to purchase used goods. An article done by Inquirer.net indicates that the boom of thrift culture has led to the birth of “Online Thrift Shopping”. This concept is done through different mediums such as Instagram, OLX.ph, and Carousell, among others.

Needless to say, popular culture adopted the phenomenon of thrift shopping. In an episode of America’s Next Top Model, Tyra Banks challenged the show’s contestants to create stylish fashion outfits from secondhand clothes. To elaborate further, according to Access (formerly Access Hollywood), American actress Angelina Jolie wore a $26 (approximately P1,345) dress to the red carpet premiere in 2008. The year 2012 further marked the popularity of thrift culture. A song by American hip hop duo, Macklemore & Ryan Lewis titled “The Thrift Shop” was released in their album, The Heist.

The extreme popularity of thrift culture has been stretched to different countries across Asia, including the Philippines. These thrift shops are known to be called ukay-ukay or UK. This term was derived from the Filipino word halukay which means “to dig”.

In the Philippines, mentioned by  Inquirer.net, we have Shaira Luna, a woman renounced to be the “Ukay-ukay Queen”. She emphasized how buying in thrift shops was serious business for her. And because of this, she was able to buy authentic Fendi shoes worth P1,000.

Both online and offline, the current apparel industry is at $18M. And this success can be linked mostly to social media platforms riding on the trend of thrift culture. Platforms such as Instagram already has millions of shops and brands from different parts of the world—all to utilize its algorithms of e-commerce thrift shops. Meanwhile, YouTube channels such as Thrifted Living, and Paul Cantu are promoters of the thrift culture.

The market of thrift continues to accelerate, and shows no signs of depression. This concept exists persistently as a response to the high demand for secondhand goods. And with the aid of technological platforms and its uninterrupted leap within popular culture, the thrift industry will remain an eco-friendly fashion staple and a growing enterprise. 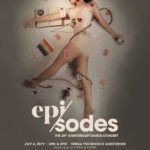 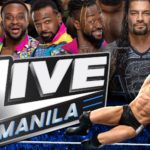 WWE LIVE™ Returns to the Philippines