The thrill of a one-of-a-kind Christmas show spills on until after New Year’s Day as “Magic On Ice” is extended at the Smart Araneta Coliseum.

Originally slated until January 1 only, the spectacular show, which combines the excitement of magic and acrobatic tricks with the flair or ice skating, has added another play date on January 2 and a couple of more exhibitions. 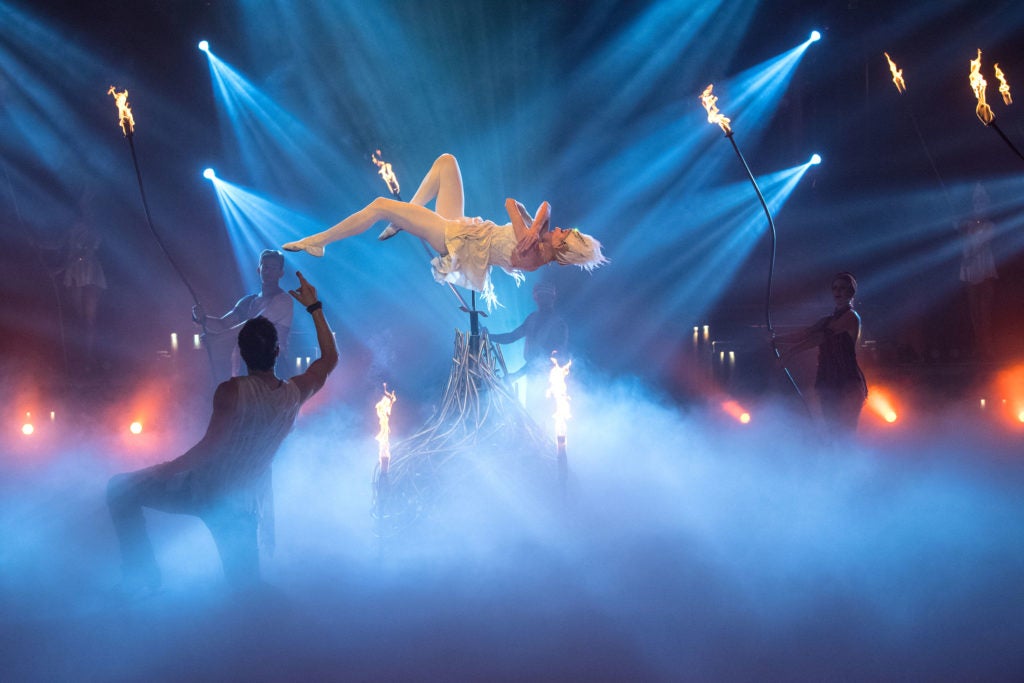 This will give more audiences a chance to catch the mind-boggling acts that have already enamored viewers from the United States, Europe and other parts of Asia.

It will also be exciting to see the transformation of the Big Dome, considered as the Philippines’ mecca of sports and entertainment, into a giant skating rink complete with lights and effects produced by teams that have worked with international superstars Madonna, Sting and Prince.

Tickets to “Magic On Ice” are now available at popular prices in Ticketnet outlets nationwide. The public may also buy their tickets through www.ticketnet.com.ph or may call 911-5555.

The show’s creator and main protagonist Steve Wheeler has described “Magic On Ice” as “a unique combination of ice skating and magic. It combines the speed and the elegance, the power and beauty of ice skating with big, theatrical magic illusions.”

Furthermore he notes, “The audience will see lightning fast appearances, vanishes and transformations, beautiful levitations, death-defying escapes, and some real fun, interactive comedy numbers that involve members of the audience.” 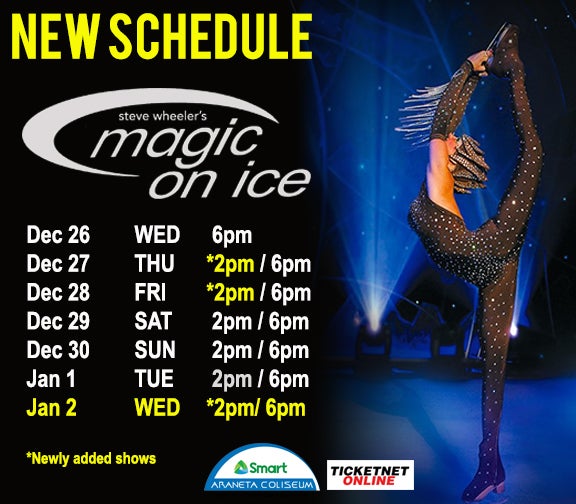 For those who are also looking to complete their Christmas celebration minus all the hassle and the traffic, you may also opt to stay at Novotel Manila Araneta Center, just beside the Big Dome. They have an ultra convenient “Stay N Delight in Christmas Magic” promo bundle, which offers a really good discounted deal: Overnight stay for two with Buffet Breakfast plus two (2) Lower Box tickets to “Magic On Ice” for only P8,000 nett. This promo runs from until Jan. 1, 2019.