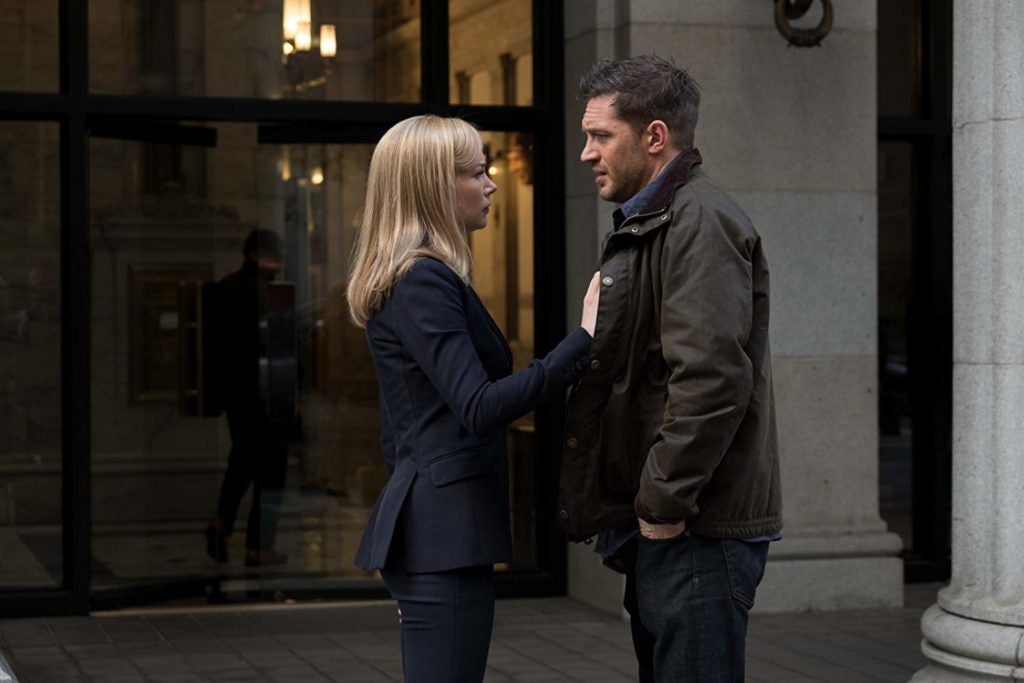 One of Marvel’s greatest and most complex characters takes center stage as Eddie Brock  becomes the host for the alien symbiote Venom. As a journalist, Eddie has been trying to take down the notorious Life Foundation scientist Carlton Drake (Riz Ahmed) for years – an obsession that ruined his career and his relationship with his girlfriend, Anne. When one of Drake’s experiments – the alien Venom – merges with Eddie’s body, he suddenly has incredible new superpowers, and the chance to do just about whatever he wants. Twisted, dark, unpredictable, and fueled by rage, Venom leaves Eddie wrestling to control dangerous abilities that he also finds empowering and intoxicating. As Eddie and Venom need each other to get what they’re looking for, they become more and more intertwined — where does Eddie end and Venom begin?

At the beginning of the story, Anne is driven to break up with Eddie because of his rogue-ish ways. As Williams explains, “While she loves him, she can’t abide by his terrible behavior anymore. But the love hasn’t really gone away, and that’s what connects them through the movie.” 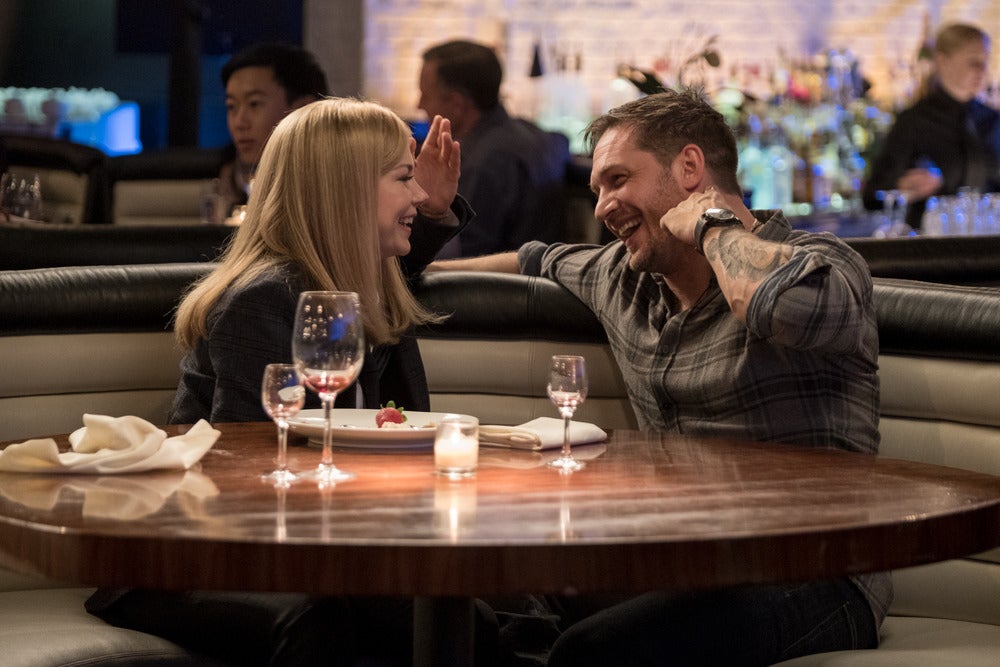 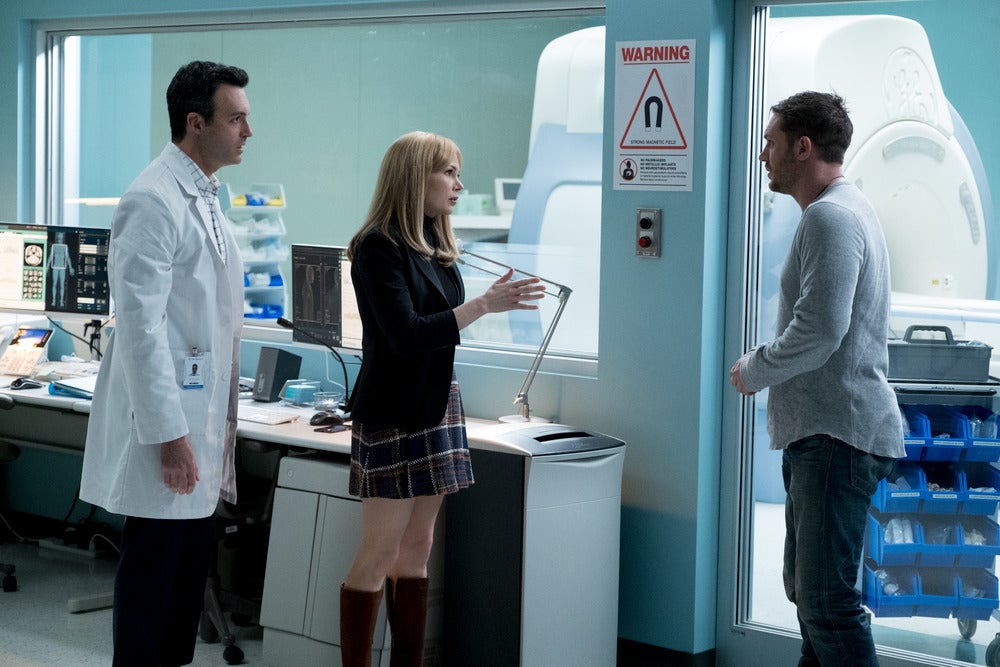 As for working with Tom Hardy, Williams was thrilled at the opportunity, and challenged by what it entailed.  Says Williams, “There is just nothing that Tom can’t do. He is maddeningly talented, but it is so exciting to work with him because he’s able to make illogical leaps. He’s able to make leaps that, all of a sudden you find yourself in a totally different place inside of the scene, than you ever would’ve logically imagined. It’s so fun and it’s freeing. You don’t know exactly where you’re going to go when you show up to work, and that’s what makes it exciting.” 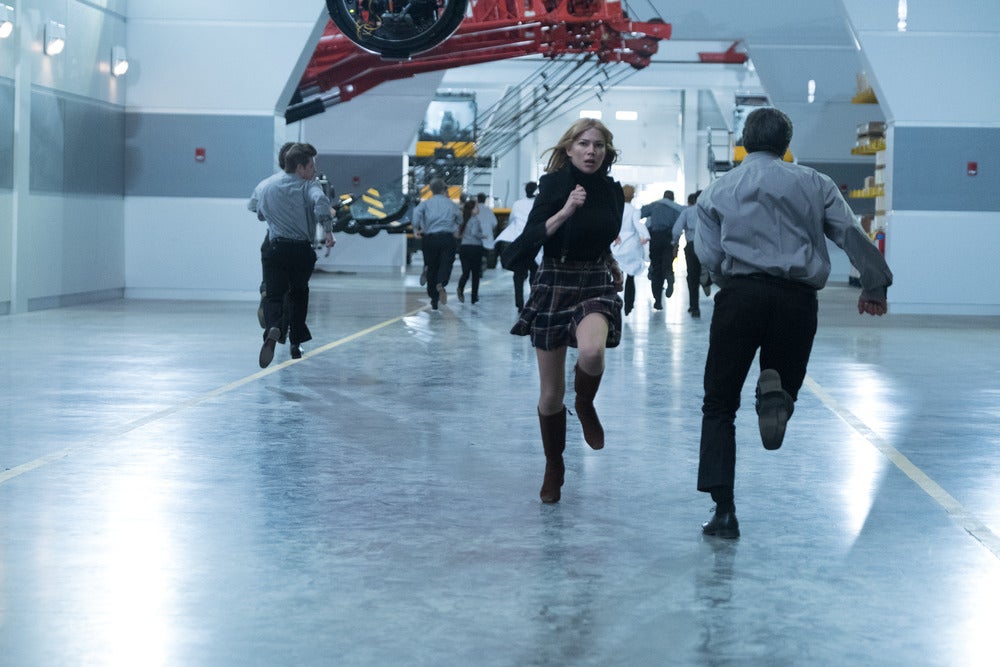 That push-pull is reflected in the nature of the relationship between Eddie and Anne, which sees Anne struggle to bring out what’s best in Eddie while protecting herself. As producer Avi Arad articulates, “Anne is at the crux of our story. She is not giving in or giving up, and is doing whatever it takes. She wishes she could get the undamaged Eddie back and sees signs of that happening.” 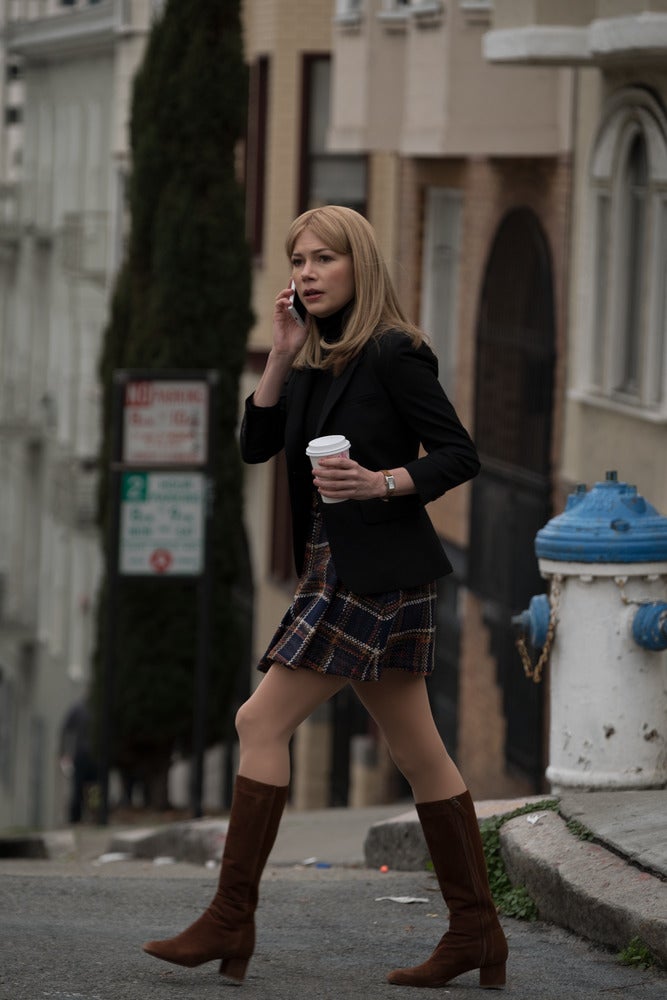 Producer Matt Tolmach agrees, while confirming that Williams was the perfect choice to bring Anne’s dilemma to life. Says Tolmach, “Michelle was not afraid to own Anne’s choices. When we first meet Anne and Eddie, their lives are great and perfect. Anne’s journey in this film is one of strength and commitment. She is a force in her own right.”

Venom is distributed in the Philippines by Columbia Pictures, local office of Sony Pictures Releasing International.  Use the hashtags #Venom, #WeAreVenom