Superhero films get skewered when ‘Teen Titans GO! To the Movies’ 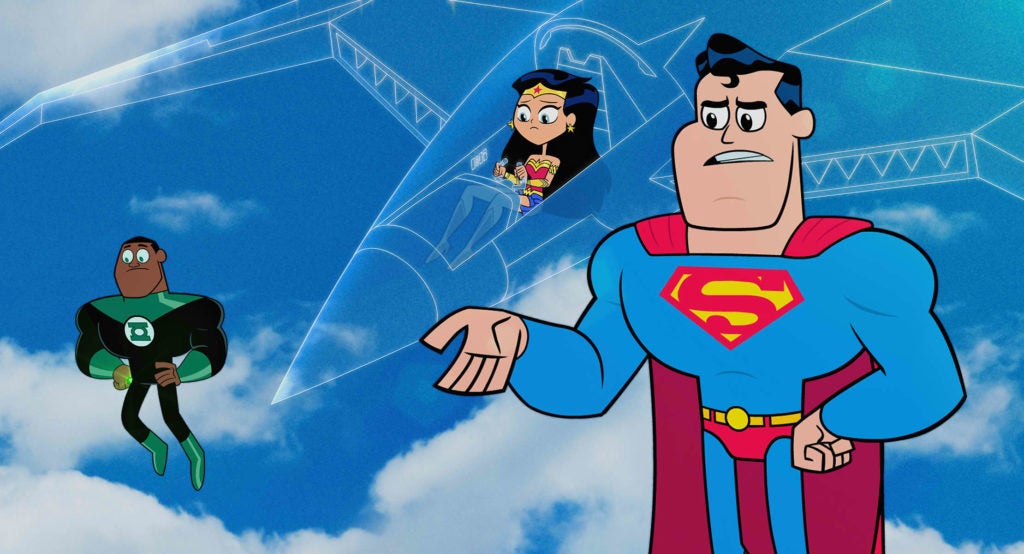 When teeny Teen Titan Robin learns that the story of Batman’s greatest ally and best friend in the whole world is coming to the big screen, and it is not about him—and that Hollywood is making movies about every superhero but him—he declares, “It’s time they make one about me!”

But then he’s hit with the cold, hard truth: Hollywood only makes movies about real superheroes. “Why don’t they take us seriously?” the boy wonders.

Maybe because a superhero has to save more than…room for dessert?

Adapted for the big screen from Cartoon Network’s “Teen Titans GO!” to be a lot bigger, a lot longer, but as cheekily irrepressible as ever, “Teen Titans GO! to the Movies” is a superhero movie for the whole family. It is also the brainchild of the same team that generates the wildly popular half-hour series.

Director/producer Peter Rida Michail says that while the Teens—Robin, Cyborg, Starfire, Raven and Beast Boy—see themselves as superheroes, “our version of the Teen Titans are more or less outcasts from the hero world. They’re a bunch of really silly friends having a blast just hanging out more than actually fighting crime.” 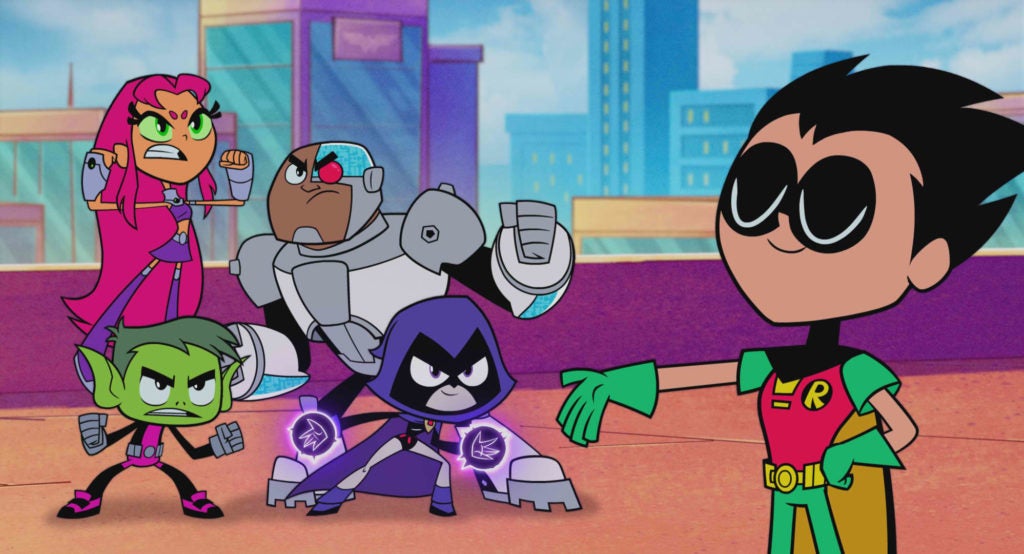 Director/writer/producer Aaron Horvath believes the Teens have a pretty good gig. “I would say it’s better to be a sidekick than a hero,” he observes. “There’s probably a little more humiliation involved, but a lot less pressure—you don’t get the spotlight, but nobody’s looking at you when the timer on the doomsday clock is counting down. That’s for Batman to worry about!”

The Teens’ sub-superhero status, combined with their inherent impertinence, inspired the filmmakers to have the Titans skewer their own genre in their own genre film. Writer/producer Michael Jelenic states, “In the movie, we subvert the superhero world in a lot of ways, poking fun at all the things fans expect out of those movies and all the things we’ve seen before. So, it’s a superhero movie that’s not your typical superhero movie; it turns everything on its head, but it’s all in good fun and we stay true to ourselves, which we know is important to fans of the show.”

Putting it all together, “Teen Titans GO! to the Movies” is a toe-tapping, time-traveling, road-tripping adventure that takes our hopeful heroes from their native Jump City to the glitz and glamour of Tinsel Town. 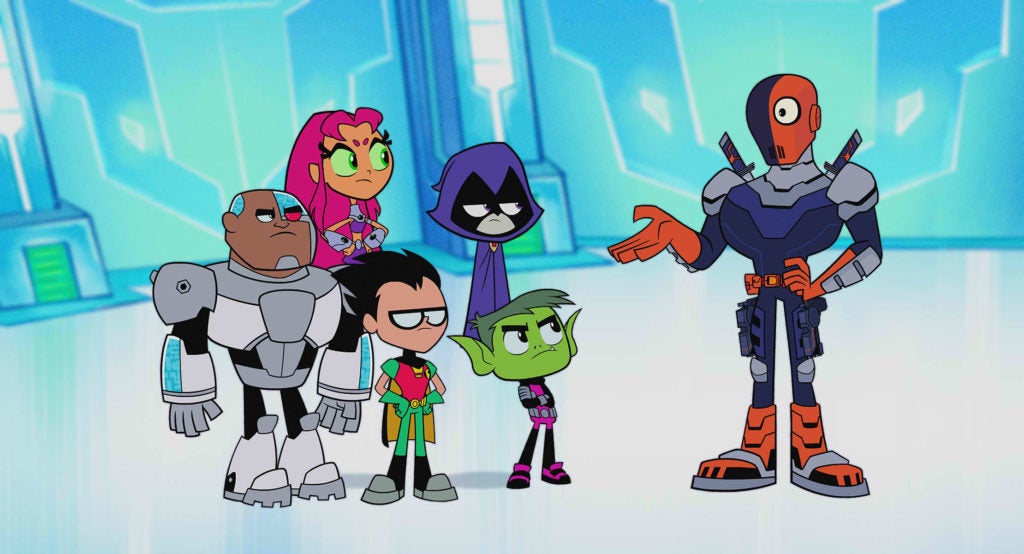 About “Teen Titans GO! to the Movies”

When the Teen Titans go to the big screen, they go big! “Teen Titans GO! to the Movies” finds our egocentric Super Heroes in their first feature film extravaganza—a fresh, gleefully clever, kid-appropriately crass and tongue-in-cheek play on the superhero genre, complete with musical numbers.

It seems to the Teens that all the major superheroes out there are starring in their own movies—everyone but the Teen Titans, that is! But de facto leader Robin is determined to remedy the situation, and be seen as a star instead of a sidekick. If only they could get the hottest Hollywood film director to notice them. With a few madcap ideas and a song in their heart, the Teen Titans head to Tinsel Town, certain to pull off their dream. But when the group is radically misdirected by a seriously Super-Villain and his maniacal plan to take over the Earth, things really go awry. The team finds their friendship and their fighting spirit failing, putting the very fate of the Teen Titans themselves on the line!