A Canadian ice cream company is currently in the middle of a religious controversy surrounding the use of Jesus’s name in its official brand. The company, Sweet Jesus Ice Cream, is facing a backlash from Christian organizations and groups over their name, with the said groups going so far as creating a petition to hold the company accountable for the blasphemous use of the Lord’s name on their sinfully good frozen delights.

The company’s official website shares of their humble beginnings:

“Sweet Jesus was born out of a love for experimentation. As leaders in the confectionery game, the goal is to combine conceptual thinking with high-quality ingredients and products, in an effort to make something that tastes and looks, unlike anything you’ve ever seen and had before. Toronto born and globally grown; Sweet Jesus is the little ice cream shop that wouldn’t quit.”

In an online report made by CBC News Radio-Canada, Sweet Jesus Ice Cream owner Andrew Richmond stated that the company is indeed conscious of the fact that their name can be off-putting, but that they “sincerely do not wish to give offence or show disrespect in any way toward anyone’s personal beliefs.”

The unnamed creator of the first petition ever to come out over this issue says otherwise:

“This is nonsense. They are calling our Lord a flavour of ice cream. They are making a mockery of Christian symbols. They are abusing Biblical texts. This does not just happen by accident! It is clearly designed to provoke. And now that they have heard over 10,000 complaints, their claim that they “do not wish to give offence” rings hollow. As of today, neither Mr. Richmond nor Mr. Todai has responded directly to our petition. They have only spoken to the media, which makes us think that all they are really after is some free publicity.”

The “mockery” may be covering the use of the devilish “S” font usually associated with satanic activities, as well as the witty fusion of biblical references to their flavour lineup. 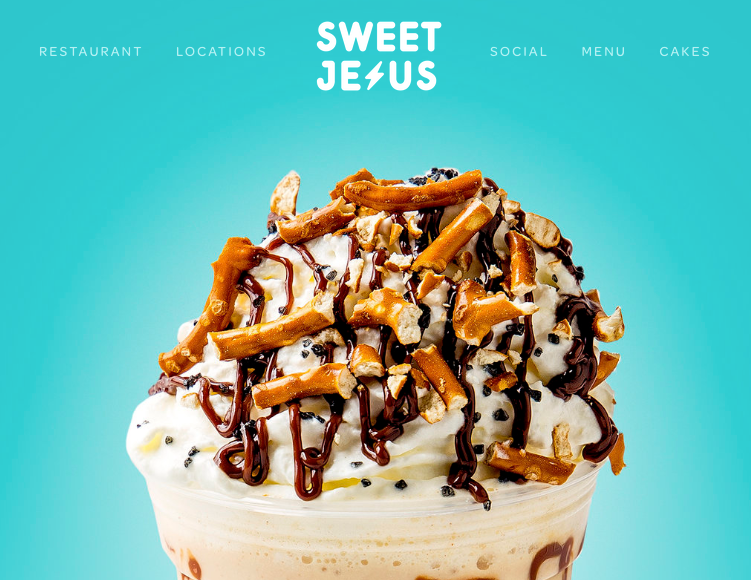 May also cover the plain use of “Lord” in their marketing materials: 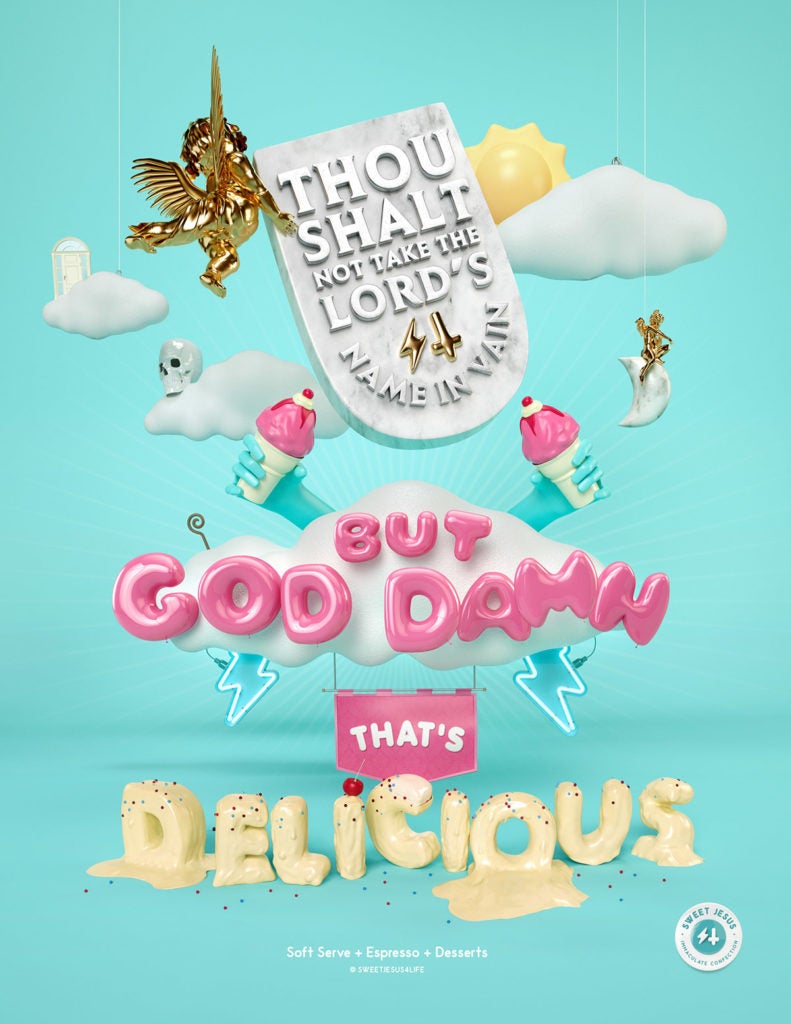 Despite the indignant, back-and-forth accusations of blasphemy, religious discrimination, hate speech, publicity stunt, etc.–Sweet Jesus Ice Cream seems to show no signs of slowing down, as they are slated to open shop in the United States.

As of press time, the owners of the company maintains that they will not make any changes.

We asked our own InqPOP! design expert C. Janairo on his thoughts regarding the branding and design, and this is what he has to say:

“I think that the overall design is clever and works well for the ice cream brand. Having a union of edgy and fluffy tones helps it stand out over the rest of the competition. I don’t find the use of Jesus and Lord on their materials offensive as I am not a deeply religious person.”

We also asked a devout Catholic from INQUIRER.net, C. Gracia, about her thoughts on the matter:

“Surprisingly, I am not at all offended at the way “Jesus” was used for their brand. I even think it works well in the context of what they are promoting, which is ice cream. However, the latest dogma from the Vatican states that the name “Jesus” is no longer allowed to be used to name children during baptism. With that said, I am a bit apprehensive that the name is being used for commercial purposes.”

I can’t see god being at all upset over this #SweetJesus ice cream thing. Though, since folks say I’m going to hell for not finding this offensive, I’ll take a red rapture to go please. 😎 pic.twitter.com/TYmjM5RAaA

It's not like it's "Jesus Sucks" Candy Shop… https://t.co/kAfv18jZzr

Is it me or are the religious people in this country absolutely nuts? Boycotting ice cream named "Sweet Jesus" while defending Trump's actions. Smh. #SweetJesus

If your Christian spirit is more concerned with the name of an ice cream chain blaspheming the Lord than loving your fellow man, you're doing it wrong. Also, they make great ice cream. Turn the other cheek. #SweetJesus pic.twitter.com/9nRK6YXUEk