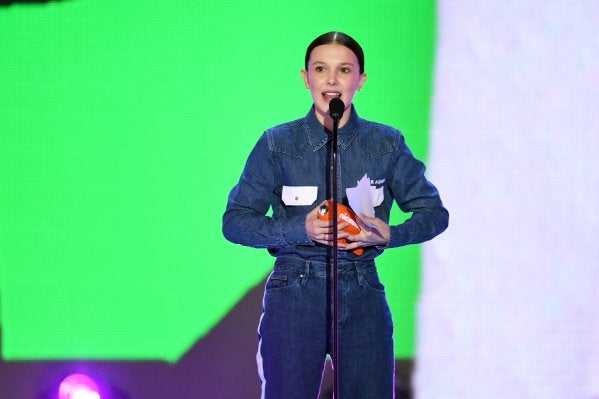 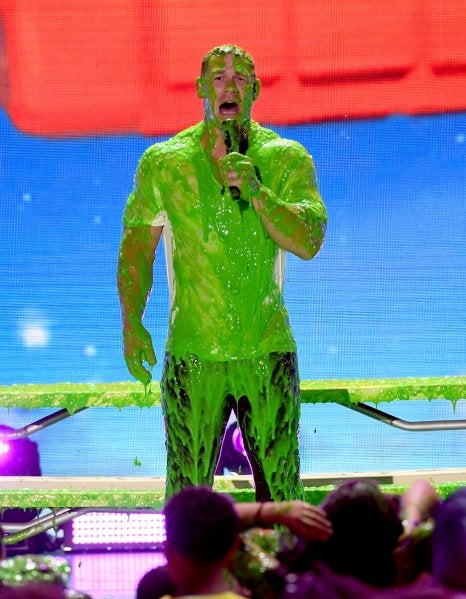 This year’s festivities included Cena running through the “Upslime Down Room,” “Black Panther’s” dressing room and the wrestling ring, before slamming onto the KCA stage.  Cena then performed the hottest dances — the Swish; The Rolex and BTS’ Mic Drop — with social media star Backpack Kid and kid dancers.

BTS won in the ‘Favorite Global Music Star’ category while Loisa Andalio emerged as the ‘Favorite Pinoy Newbie.’ Check out her video!

The 2018 Kids’ Choice Awards proved to be a mega slime-fest: from Heidi Klum and Mel B getting slime-soaked on a swing set while presenting an award; to Favorite Funny YouTube Creator winner Liza Koshy getting a surprise double sliming at the podium and backstage; to Henry Danger star Jace Norman pranking Shawn Mendes with buckets of green goo after winning Favorite Male Artist; and Cena closing the show with an epic finale sliming of the audience after receiving the ultimate dousing himself.