Any grandparent would wish to see their grandchildren fulfill their biggest dreams—to see them start a family of their own and somehow be part of it still. But not everyone gets to live long enough to see their grandchildren walk down the aisle on their big day. We all want our grandparents to be part of important events in our lives, but sometimes, the timing isn’t always on our side.

This is why 25-year-old Chinese woman Fu Xuewei decided not to waste any time and made sure her grandfather’s wish of seeing her on her wedding day would become a reality. 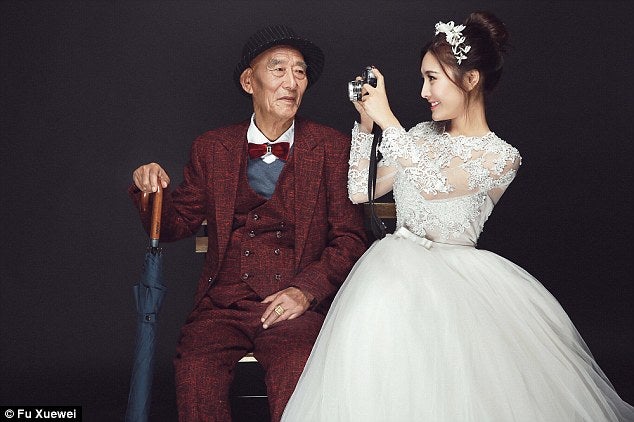 Being single and having no plans to get married in the near future, she feared her ailing grandfather won’t be able to be there when she ties the knot with someone. So she decided to pose for a “wedding” photoshoot with him so he can see her become a bride and walk her down the aisle. 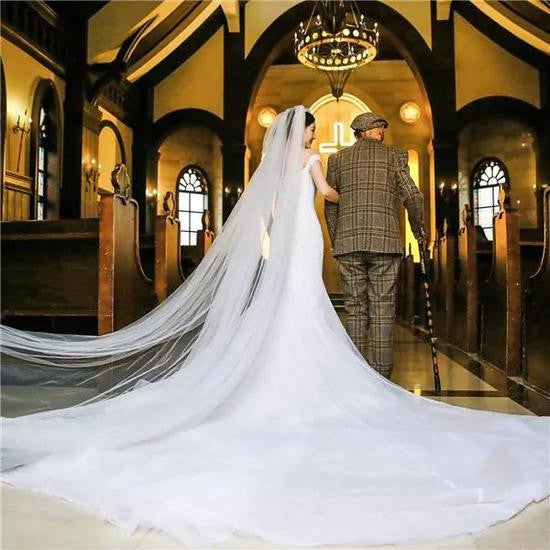 According to Daily Mail, the two formed a strong bond since Fu grew up with her grandparents, after her parents got divorced when she was around 10 years. Fu would always share things with her grandparents and would take them on holiday trips abroad or even on nightclubs.

Things changed when her 87-year-old grandfather suffered stroke two years ago and fell seriously ill last September. Doctors made it clear that he doesn’t have much time left since his body is starting to fail and he has a heart condition. 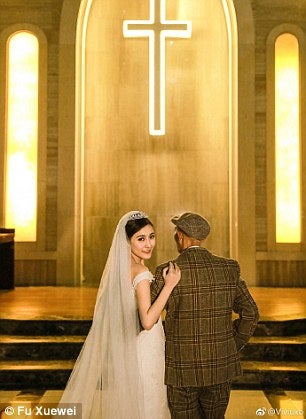 Fu worries that one day he won’t be with her anymore. She didn’t want him to miss seeing her in a white gown on her big day, so she decided to set up a photoshoot with him. During a hospital check up, she told him about her plan to take wedding photos with him. Fu put on a wedding gown as she wanted him to see her “at her most beautiful” while he looks equally handsome and dapper in his suit. 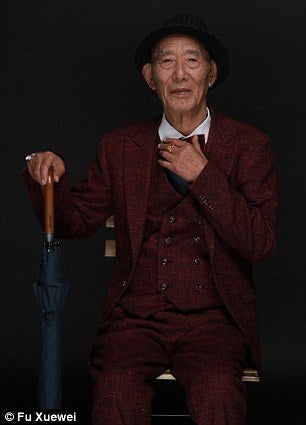 Her grandpa went with it as they posed for quirky studio photos and he walked her down the aisle of an empty church. Fu said she wanted to express her love for her grandpa in all kinds of ways, and clearly, the two looked happy and full of love in the photos. 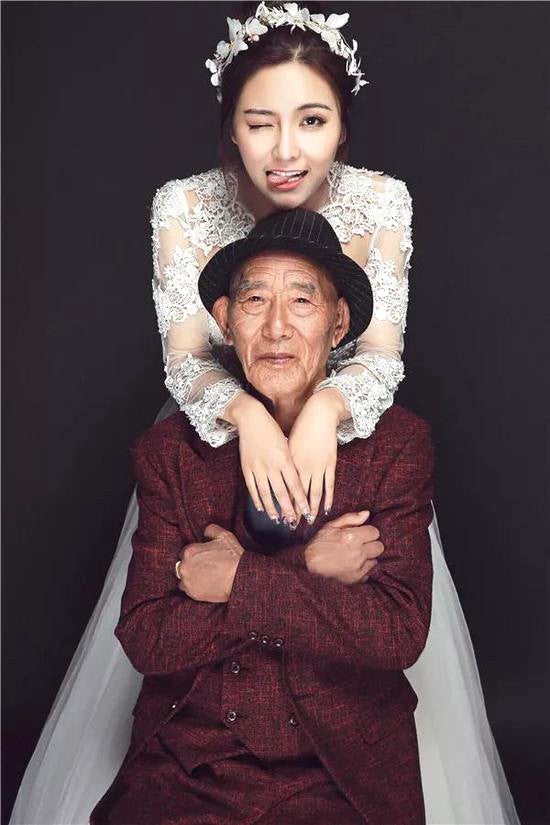 “He’s the most important person in my life,” she said in an interview. “I don’t have any plans to get married now, but I want my future children and loved ones to remember his face.”

After the photoshoot, Fu got a tattoo of his grandpa’s face on her forearm so he’d always have him even after he’s gone.