Famous for making fans suffer the “Second Lead Syndrome” in shows like Strong Woman Do Bongsoon and Moon Lovers: Scarlet Heart Ryeo, Ji Soo made hearts flutter during his fan meeting, entitled “Ji Soo, My One and Only,” at the SM North EDSA Skydome last February 10. 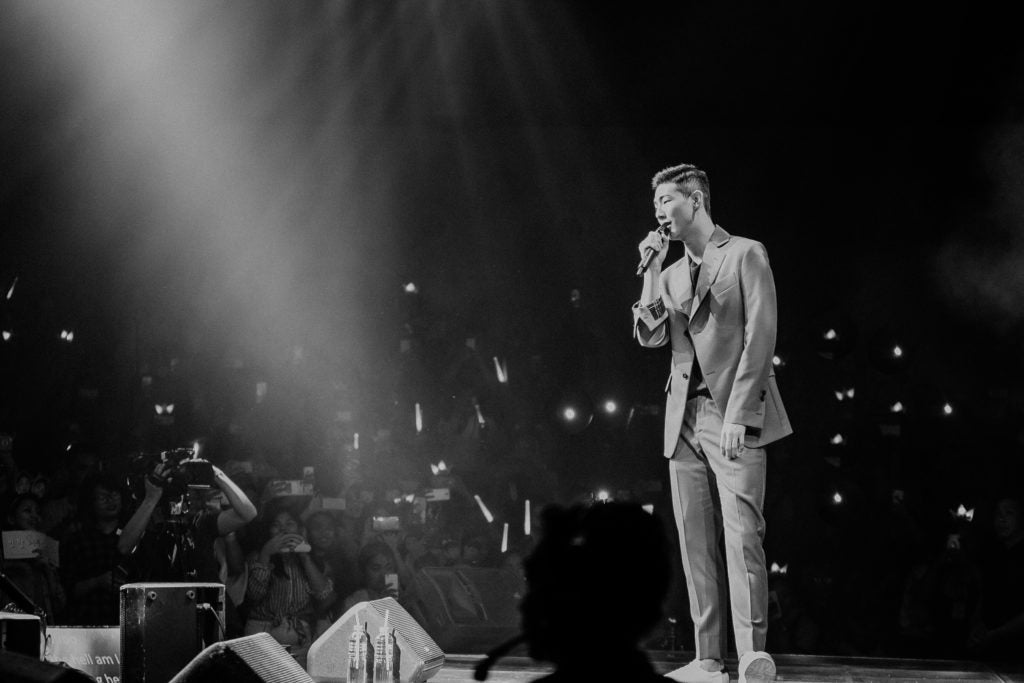 Shortly before the fan meeting began, MYX Philippines’ VJ Sunny warmed up the crowd by having them match the song with the title of the drama it’s from. After a few rounds of this, Ji Soo himself made an entrance singing Radiohead’s “Creep” — to the surprise of some fans who flocked to the actor to take photos and videos. When asked by VJ Sunny what he would like to confess to his fans, he confidently said, “Iniibig kita. Iniibig mo rin ba ako? Kasi bagay tayo.” And this made fans scream with delight. 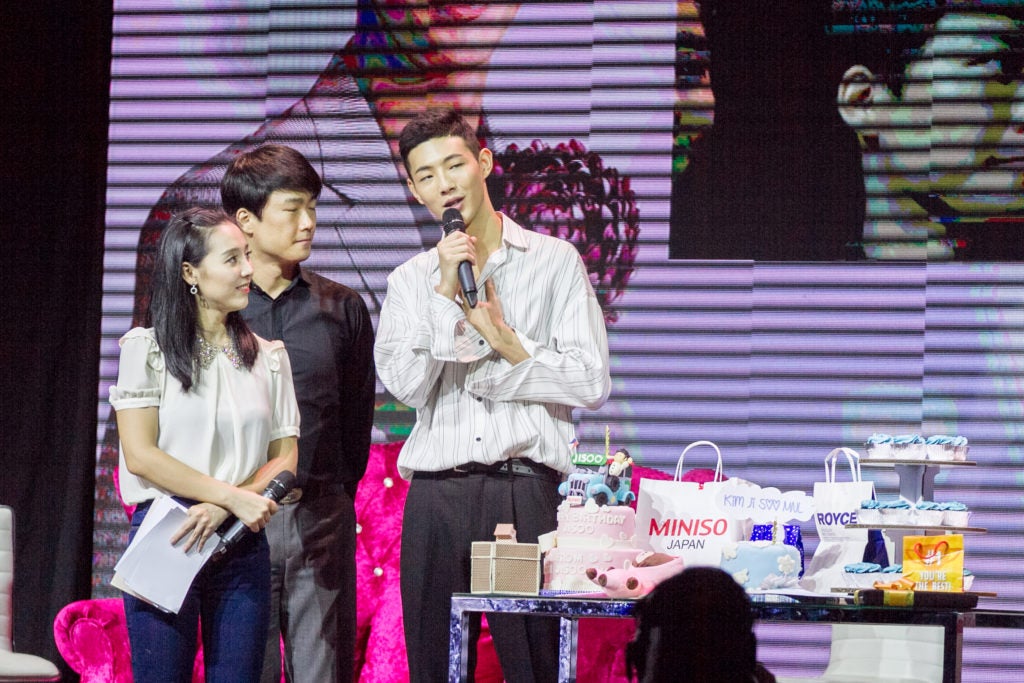 In the Fast Talk segment, Ji Soo answered rapid-fire questions about his views on love and what he looks for in an ideal partner. He revealed that his ideal girl would be one who is always smiling, petite in height, has pretty eyes, and long hair. And between choosing to go to movies or the amusement park for a date, Ji Soo admits he prefers the movie theater. But when given the choice to whether to confess to his feelings to a girl on the beach or in the mountains, he said he prefers the beach.

Ji Soo then got candid about the most romantic thing he has ever done for a girl. He revealed that he once gave a handwritten letter to a girl he liked in high school. He also said that he would rather cook for a girl than bring her to a fancy restaurant, but has only ever cooked for one girl — his mother. 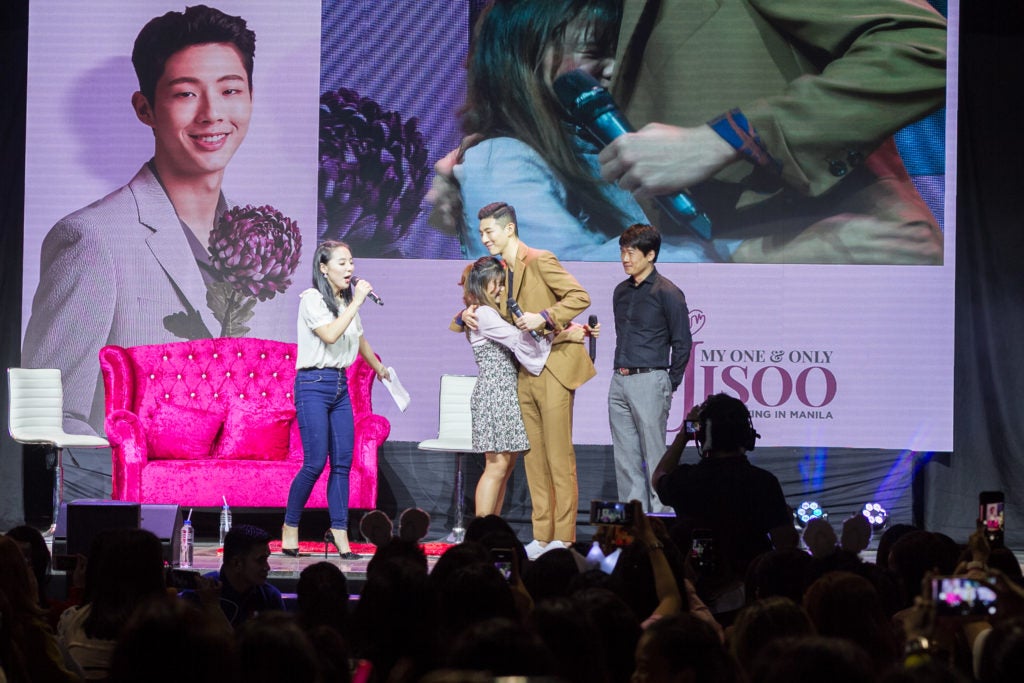 Right after this, a few lucky fans were able to go onstage to meet Ji Soo as he reenacted some scenes from Strong Woman and Scarlet Heart Ryeo. Some of these ladies were also able to have him deliver cheesy pickup lines such as “Anong gusto mo? Kalamay o bibingka? Gusto ko kalambingka.” However, the crowd’s favorite pickup line would have to be, “You can fall from the sky, you can fall from a tree, but the best way to fall is to fall in love with me.”

Ultimately, Ji Soo found the pickup lines very witty. He also enjoyed the videos the fans prepared and was very happy seeing their smiles up close. The actor then serenaded fans with “City of Stars” from La La Land while handing out red roses to lucky fans. 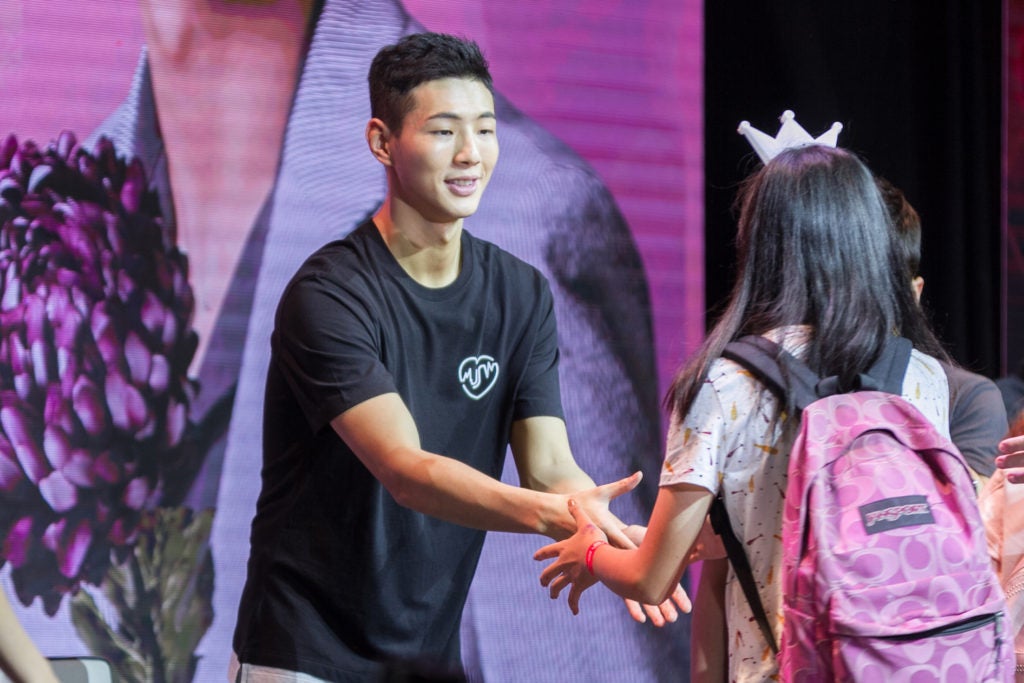 The next segment was Show & Tell, wherein JiSoo recounted some memories associated with an assortment of objects in a small wooden chest. One of the items he picked up was a picture of him wearing a long wig. This reminded him of a time when he won first place in a cross-dressing contest at his all-male high school. It also reminded him of  one scene he did in Strong Woman. Another item from the chest was a copy of his latest editorial from 1stLook Korea where he had to cut his hair shorter. When he asked the crowd whether they liked his new hairstyle, he was relieved to hear that they did, adding that he prefers it that way because it’s easier to maintain. 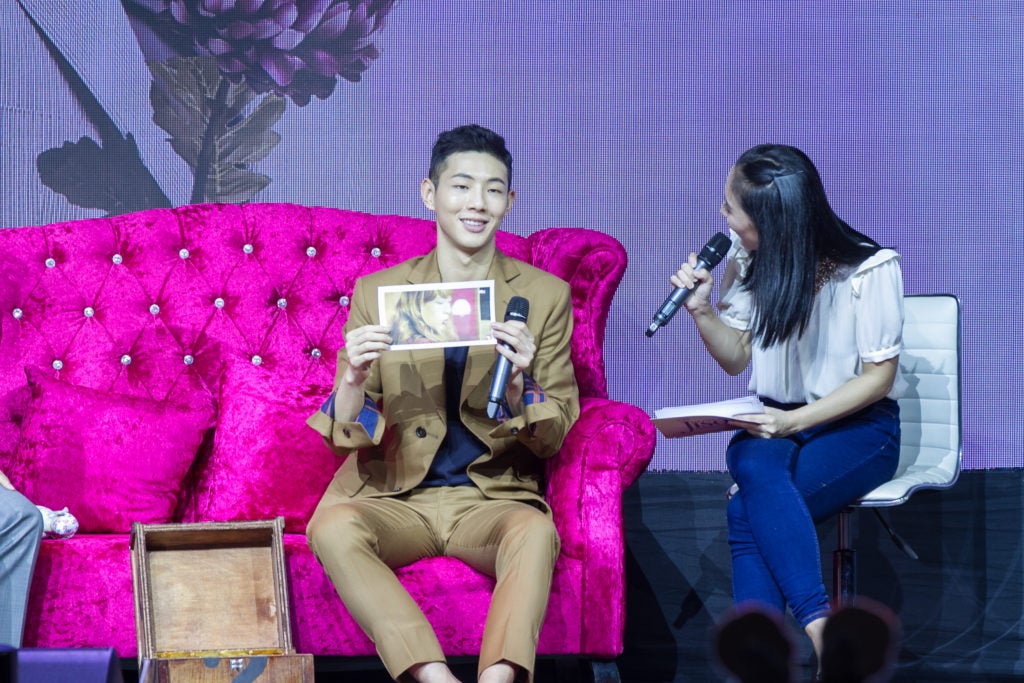 Ji Soo then got a taste of the Filipino culture by having him try the Sipa game and the Halo-halo dessert.

Fans then surprised him with cake, gifts, and a special video to celebrate his birthday on March 30. In response to this special birthday surprise, he promised to work harder in order to return the love the fans were giving him. He dedicated his last song, R. Kelly’s “I Believe I Can Fly,” to all his fans to wish them many blessings in 2018 and to remind them to be happy in times of struggle.

Ji Soo is currently promoting action drama Bad Guys 2: City of Evil as Han Gangjoo, a man serves someone else’s prison sentence in order to save his family from the clutches of the cartel.

This event is supported by: Globe at Home Prepaid Wifi, Jac Motors and Novotel.

Fan Meeting
Ji Soo
Ji Soo My One and Only
Korean celebrity
Valentine's Day
INQPOP! Stories we think you might also like: