WATCH: 2016 Car commercial reminds us how we should eliminate gender biases this coming New Year

For years, kids have been taught that Barbie dolls were just playthings for girls, and that model cars and remote-controlled airplanes were toys for only boys.

Unfortunately, this outdated view of gender stereotypes can affect our views and opinions on other people’s sexualities. And it may even reverberate negative notions in today’s generation and the succeeding ones to come.

Even to this day, we experience instances of its effects — from the unfair treatment of the sexes in the workplace to the insensitive comments on sexuality.

That’s why it’s good to rewatch this 2016 car commercial — because it proved that even the daintiest doll can drive a toy car that was “strictly designed for boys.”

The car commercial starts off with a blonde-haired doll who happens upon the “boy’s section” of the toy store. There, she is suddenly drawn to a flashy blue sports car and finds the urge to drive it.

As she gets in and drives through the aisles of the store, she realizes a world where gender biases are non-existent — wherein a toy soldier can drink tea on a pink stool without being judged, and a pony can skateboard without a care. 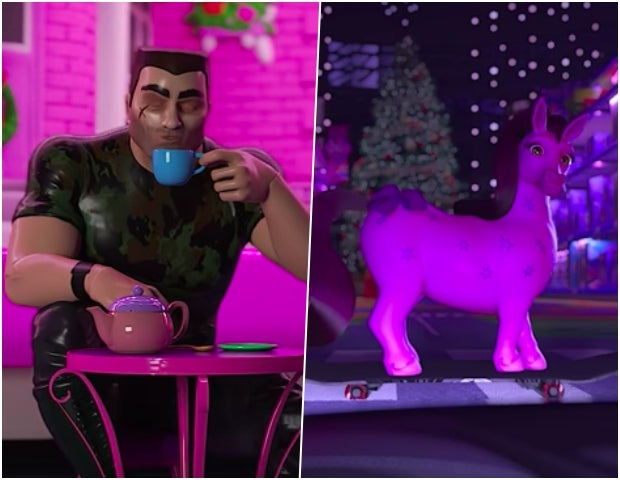 The doll is then challenged to a race by another toy and zooms past the aisles to try and win. But when she realizes that the store is about to open, she hurriedly drives back to her place on the girl’s toy shelves.

Though the doll wasn’t able to make it back to her place in time, a little boy who just entered the store was delighted to see her sitting on the front seat of the sports car.

The boy told his mother that he wanted both the doll and the toy car. However, the mother replied “These two [toys] don’t belong together,” as she separated the doll from the vehicle.

The scene then cutaways to the car commercial’s message: “Playing, just like driving, shouldn’t be a matter of gender.” And ends with the young boy purchasing both the model car and the doll.

We’re truly inspired by the lengths this car commercial went through to explain the need to eliminate gender biases. Now, you can watch the full video below to see the beauty of its message for yourself: