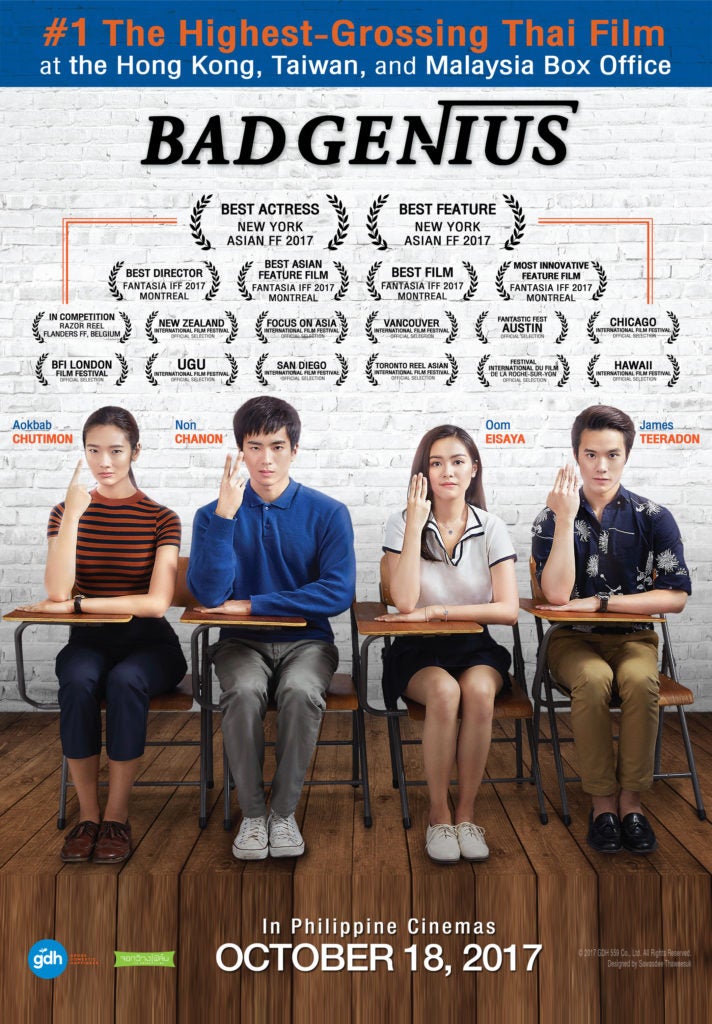 Asia’s biggest international movie hit Bad Genius is coming to the Philippines this October 18. The movie, directed by Nattawut Poonpiriya, stars the phenomenal Chutimon Chuengcharoensukying in her acting debut as Lynn, a straight-A student who devises an exams-cheating scheme which eventually rises to international levels.

The movie is an exciting, fun thriller based on real-life news of school cheating, and features themes of class inequality, and relatable teen social issues.

Hailed as #1 highest-grossing Asian film in Cambodia, Taiwan, Malaysia, and Hong Kong, Bad Genius has received critical and commercial success during their screenings at different film festivals around the globe.

On the festival circuit, Bad Genius was screened as the opening feature of the 16th New York Asian Film Festival and won awards like Best Feature and Screen International Rising Star Asia award for lead star, Chutimon Chuengcharoensukying. It was the first Southeast Asian film to be chosen to open the event. Due to its impressive attendance, the movie received encore screenings and bagged four awards including Best Film, Best Asian Feature Film, Best Director and Best Innovative Feature Film at the Fantasia International Film Festival. 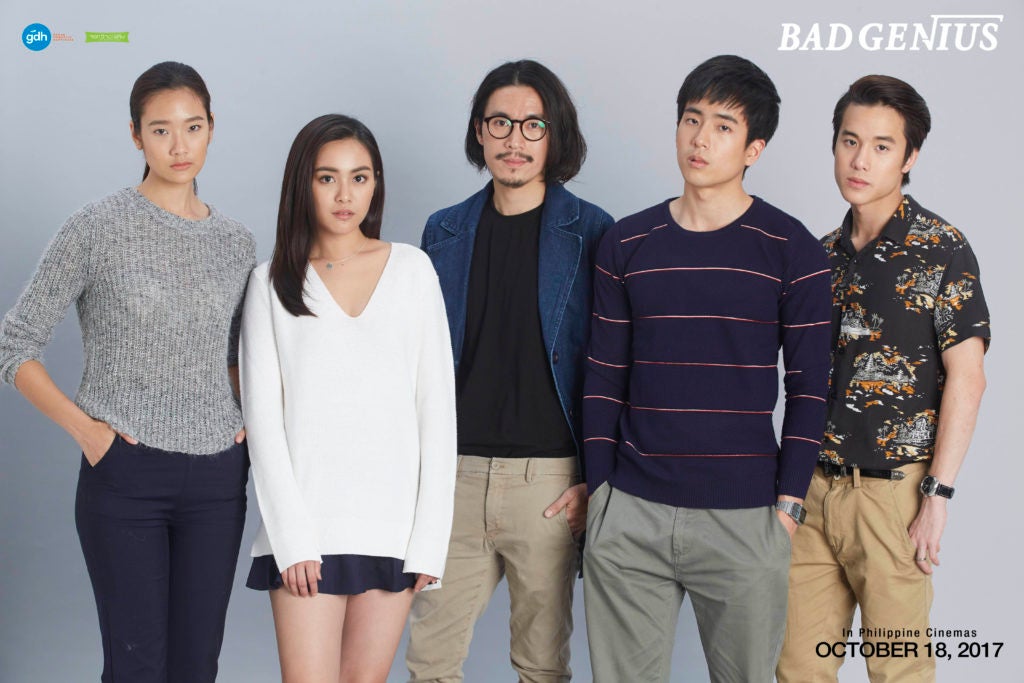 As the film was met with critical acclaim, in Asia and overseas, the movie also won the Fukuoka Audience Award at the Focus on Asia Fukuoka International Film Festival 2017 being the first Thai film that ever has received this award; and selected for Vancouver International, BFI London and Fantastic Fest film festivals.

Aside from the Philippines, Bad Genius is also going to be shown in at least 7000 cinemas in China (Oct 13), Korea (Oct 19), Australia (Oct 26) and Japan this October. Other countries also include Laos, Singapore, Indonesia, Vietnam and Brunei.

Bad Genius opens in cinemas on October 18, 2017. For more info, please you may visit https://www.facebook.com/badgeniusmovieph or follow #BadGeniusMoviePH. Bad Genius is distributed in the Philippines by Silverline Multimedia.