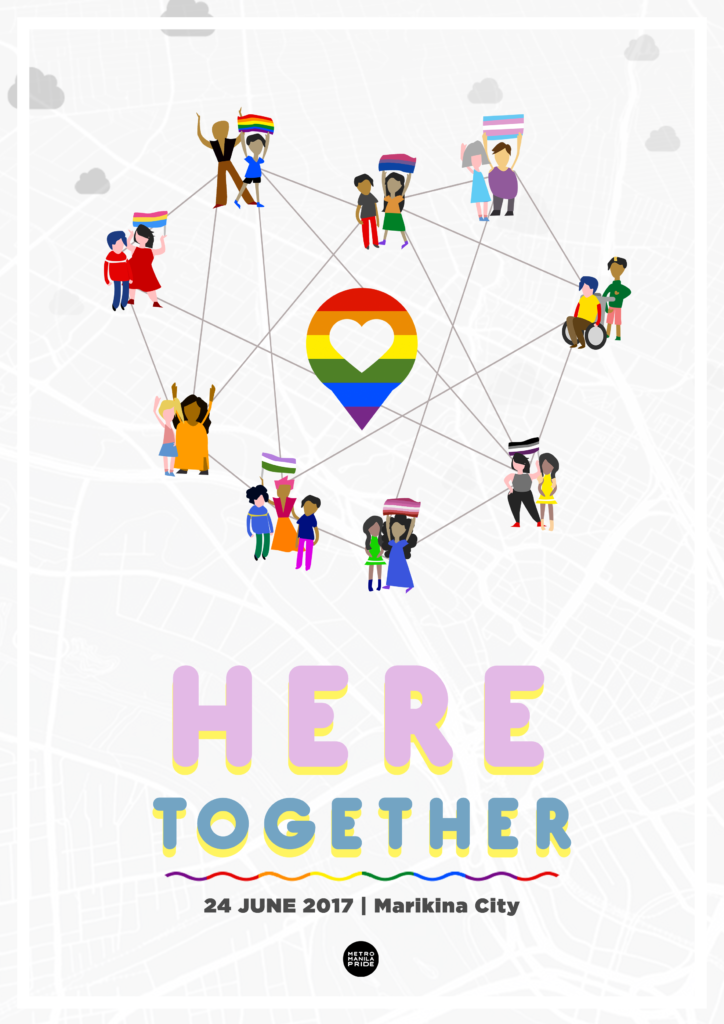 Now on its 23rd year, Metro Manila Pride continues its tradition of opening the biggest safe space for LGBTQ+ Filipinos with HERE TOGETHER, the 2017 Metro Manila Pride March and Festival. On June 24, 2017, LGBTQ+ people and allies are all invited to convene and stand together in Marikina City for a celebration of love, empowerment, and solidarity.

This year’s theme, HERE TOGETHER, is a call for the community, its allies, friends, family, and even strangers, to come together in a safe space to celebrate love, rights, and Pride. With the objective of bringing the largest safe space for LGBTQ+ people to as many parts of the metro as possible, Metro Manila Pride will be held in Marikina City, a historic first for the city. Marikina City has long been an ally to the LGBT community, showing its support through local initiatives and even a locally-organized Pride March in 2016. 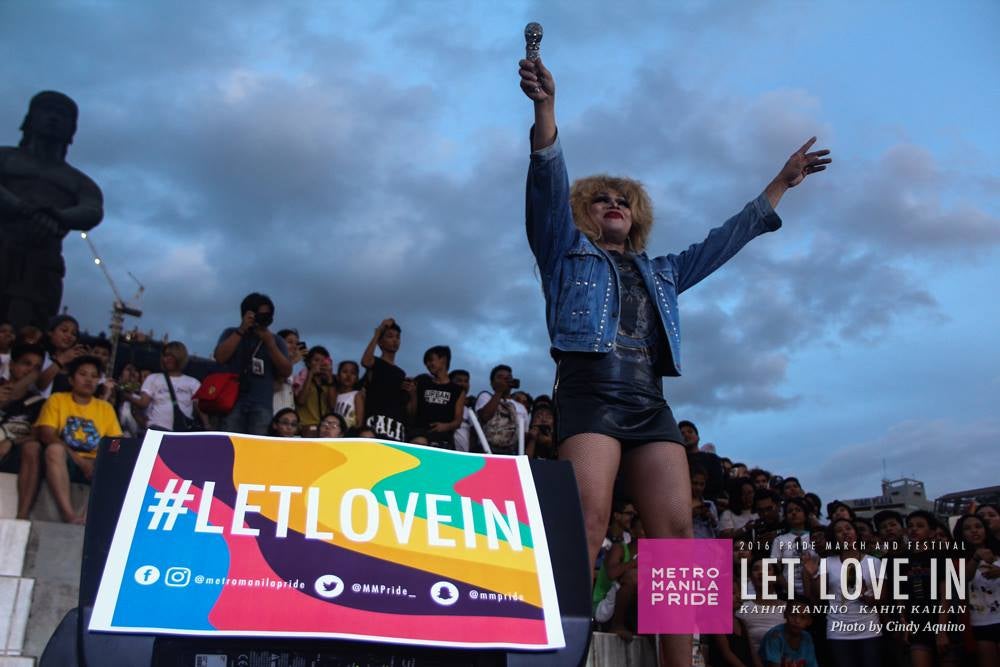 As the longest running Pride March in Southeast Asia, the Metro Manila Pride March has been up and running to inspire and empower LGBTQ+ people by celebrating the growing community and advocating the issues that impact its members year after year.

This year’s March and Festival hopes to shed light on the SOGIE Equality Bill’s #PassADB campaign, as well as cultivate a stronger sense of community among Filipino LGBTQ+ persons, and the allies that stand with them. 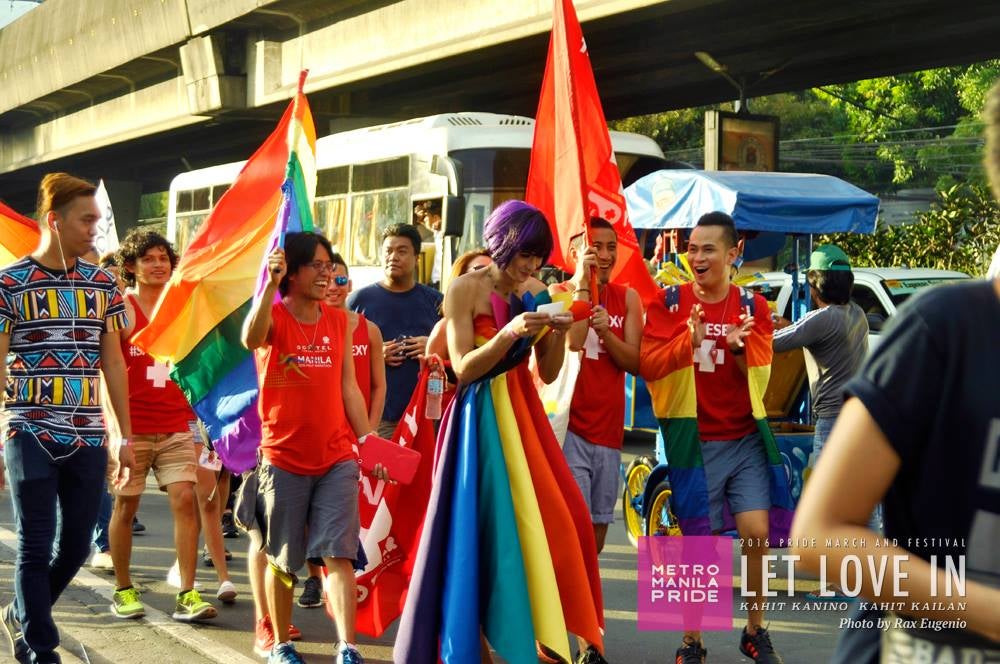 In an online survey released by Metro Manila Pride in April 2017, findings showed that the top three issues experienced by the LGBTQ+ community are: Lack of acceptance and violence in the home, discrimination in the workplace, and bullying in schools.

 “Many LGBTQ+ people are scared. They deny themselves their truths because they face discrimination and violence in the very places where they should have been safe,” said Nicky Castillo, Co-Coordinator of Metro Manila Pride. “At the Pride March and Festival, we provide people with a space where they can express their true selves without fear. But this year, we also want to call on the non-LGBTQ+ people who support us to stand up, speak out, and march on for us. Our voices have been loud these last 23 years. But in our campaign for equality we need more voices. We need your voices.” 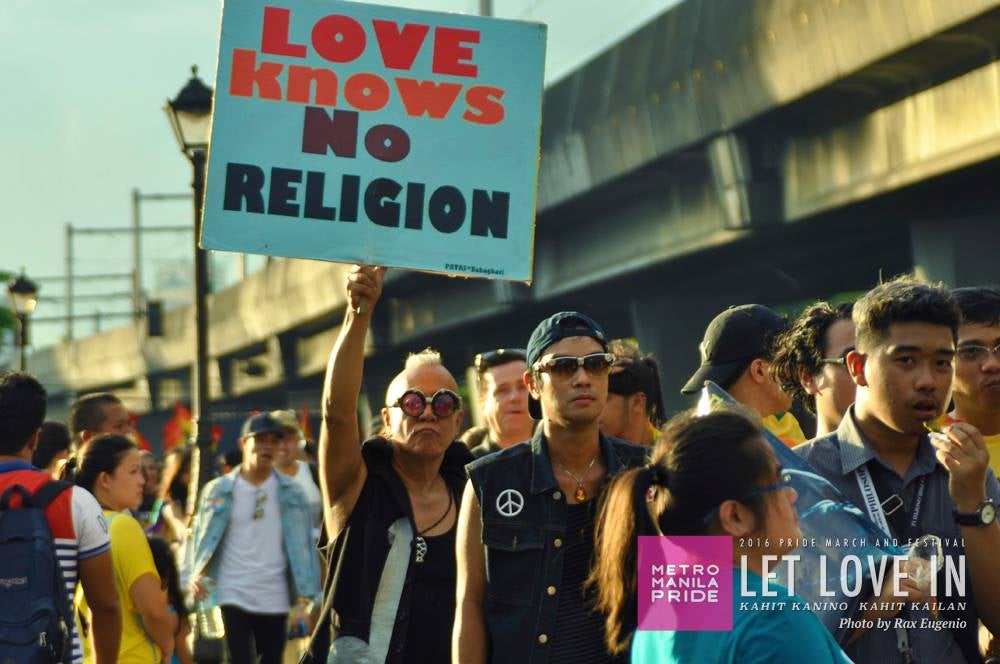 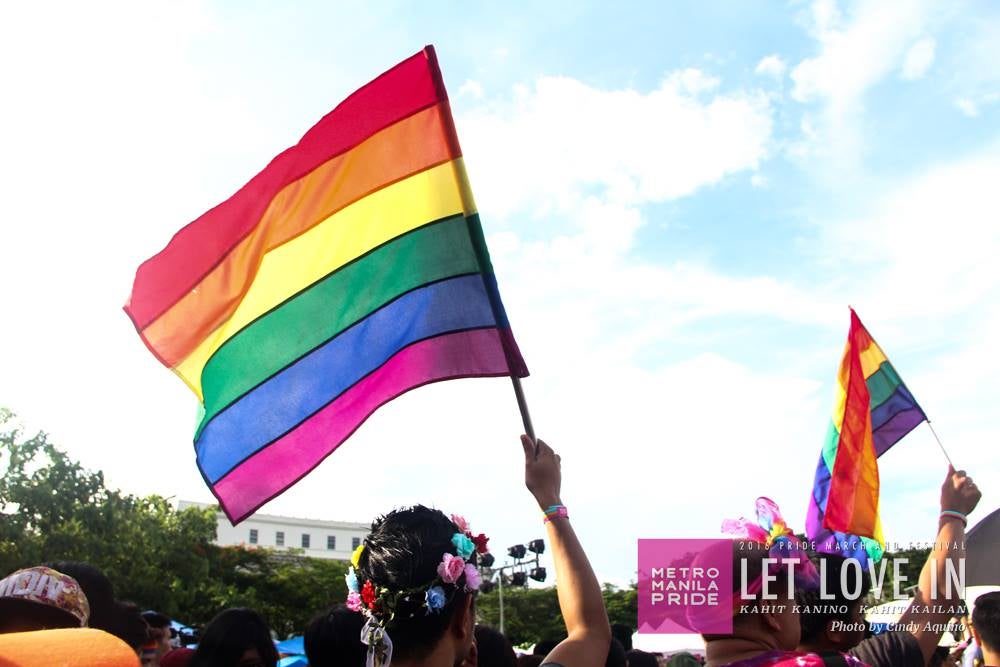 This year’s festival will begin at 12 noon, to be kicked off by the Proud Street Fair, an open marketplace for LGBT-owned, -themed, and -friendly businesses. The 45-minute Pride March proper begins at 4PM, ending with a two-hour post-march program filled with performances. 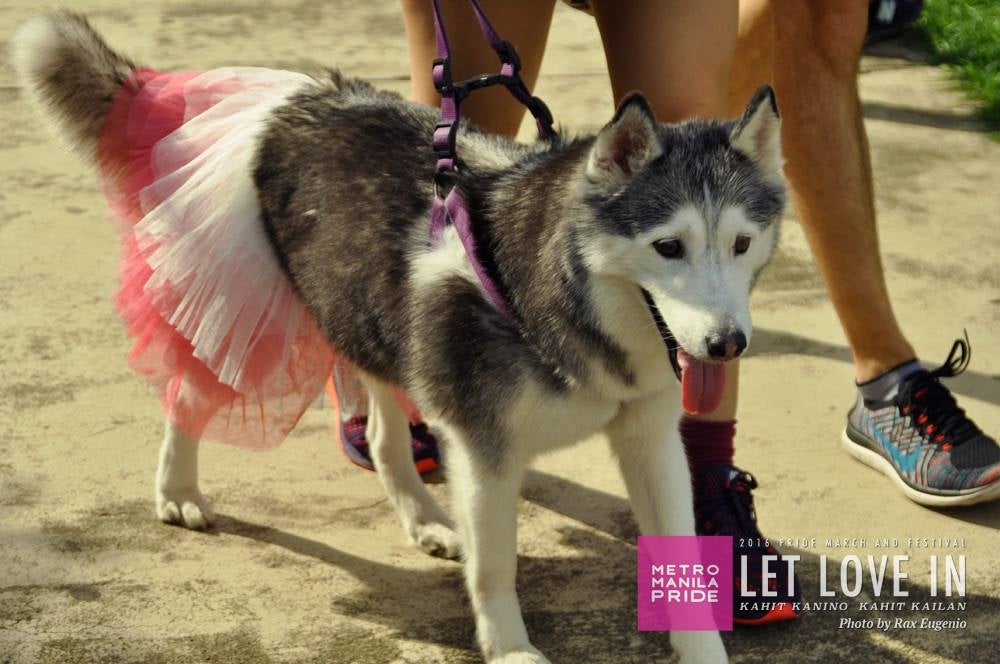 Metro Manila Pride is a volunteer-managed, non-partisan, non-profit organization, dedicated to creating safer spaces for the LGBTQ+ community in Metro Manila. With a growing group made up of people from various walks of life, Metro Manila Pride remains dedicated to creating a future where the Filipino LGBTQ+ community is empowered, respected, and able to live without discrimination and prejudice.