Rockstar Games has issued copyright strikes towards Mike Dailly, the creator of the video game Grand Theft Auto (GTA), for uploading YouTube videos of a prototype for the first game in the series.

Dailly took to Twitter to accuse Rockstar of “issuing copyright strikes to any GTA video they can find,” including his own prototype videos.

I see Rockstar are going full fuckers mode again, issuing copyright strikes to any GTA video they can find – including both my prototype videos. So now they're trying to block all release of anyone's work on a game – and any old development footage.

In a separate post, Dailly confirmed that he has removed GTA dev content from his YouTube channel and that examples of his own work that weren’t related to GTA but “inspired its evolution” were left.

For those asking – yes, I've now removed all GTA dev stuff. Only direct examples of my own work are left – work that was never used in GTA, but "inspired" parts of it's evolution.

Dailly is a Scottish video game designer, best known for having designed the game Lemmings and the original prototype of GTA. He is also one of the four founders of DMA Design, now more commonly known as Rockstar North which created the illustrious game series.

Considering Dailly is the original developer of the game, it would make sense for him to have a sense of value in sharing his knowledge with other game developers by releasing his own works to the public.

The videos in question showed off one of his original builds of GTA in 1994 and a prototype for the game’s rotating isometric feature.

This would not be the first time, however, that Rockstar has issued a copyright strike on anyone. In July this year, along with their publisher Take-Two Interactive, they sent a Digital Millennium Copyright Act (DMCA) takedown to Virtual Reality (VR) modder Luke Ross for modifying GTA and other Rockstar Games work in VR. He is known for converting triple-A games to work in VR by using mods.

A sad day for the Flat2VR modding community. @Take2Interactiv has submitted a quite anti-consumer DMCA request to remove ALL VR Mods for their games (GTA V, RDR2, Mafia, etc.)@LukeRoss_00 Has always been extremely careful not to use any IP in his mods. pic.twitter.com/GH6OX1eZIy

In 2021, other popular GTA mods were also taken down after Take-Two apparently altered a contract on what mods were permitted.

Take-Two CEO Strauss Zelnick has previously said that the company is “very flexible” when it comes to issuing DMCA takedowns and added that they would “issue a takedown notice if the economy is jeopardized, or if there is bad behavior.” 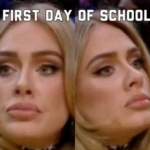 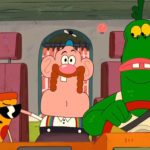