Pinoy Stand-Up Comedy Revolution: A Show for the Fans 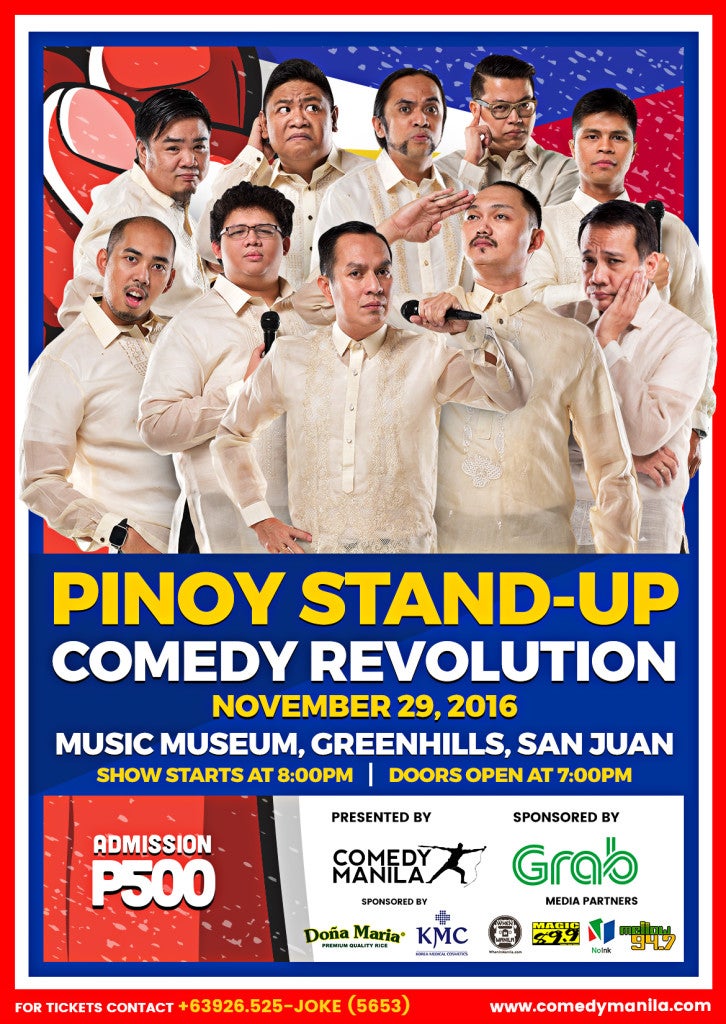 There is a reason why Filipino basketball fans love watching the NBA finals. They get to see the best of the best showcase their skills all in one place. It doesn’t matter which side you are on: you are guaranteed a great time. Events like these also give fans an opportunity to learn about all the key players and their stories that brought them to this historic moment. Stand-up comedy in the Philippines finally has this kind of event thanks to Comedy Manila’s latest production aptly titled, “Pinoy Stand-Up Comedy Revolution”.

To those unfamiliar with the name, Comedy Manila is a production house that produces stand-up comedy shows that feature both local and foreign talent. They also organize weekly Open Mic rooms, which are basically amateur nights, which provide aspiring comedians a stage and live audience to get their start at comedy. They have a roster of over 25 local comedians, each with varying years of stand-up comedy experience, and each with their own unique way to tickle your funny bone. And out of that impressive list, they narrowed it down to the 10 of the very best. These ten best represent a mix of both the best and next generation of Filipino comedians in the country.

Fans will surely not find any shortage of interesting personalities and stories showcased in the show. There is sure to be someone in the line up that the audience can relate to or connect with. Whether it be Nonong Ballinan, Ryan Rems and Victor Anastacio finding mainstream success with their respective shows on local TV networks; Or working professionals such as James Caraan, Red Ollero, Jeps Gallon, Nace Cruz and Derf Hebrado carving their own special niche in the entertainment industry; Or Comedy Manila founder GB Labrador, leading by example by being the only Pinoy representative in the 2016 Melbourne International Comedy Festival; Or lastly by Alex Calleja, arguably the best point of view stand-up comedian working in the country today, who is currently in the running for Laugh Factory USAs Funniest Person in the World competition.

There is no doubt that this show is for the fans of comedy. This show is also a big thank you for the support and love that the Filipino people have given to this relatively young and largely grass-roots movement. Comedy Manila is out to change what it means to perform comedy in the country. So come on down and see for yourself. Be part of the revolution.

Cultivating grit and resilience in our youth