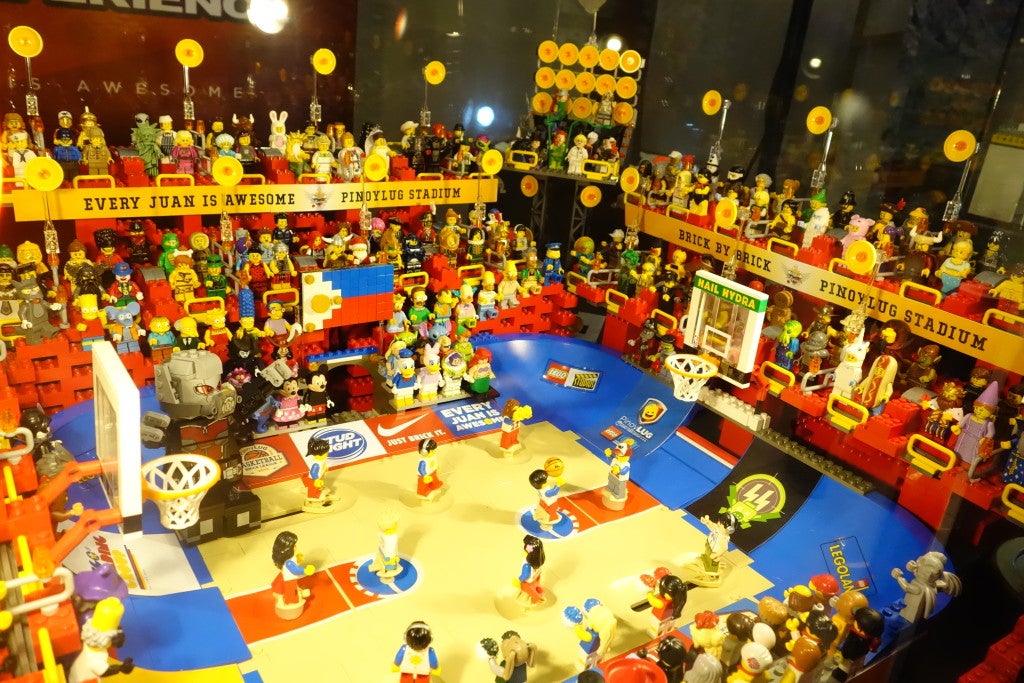 ToyCon regulars often have a favorite day to drop by the country’s biggest toy, hobby and genre event of the year. Some prefer the last day, Sunday, because that’s when a lot of the merchants drop their prices and great bargains on collectibles may be had. Others prefer day two, when the convention hits its stride and when most of the major fan events happen. I prefer opening day,typically on the Friday before the weekend. I prefer that because there are far fewer people and I get to enjoy the Con before it gets insane. 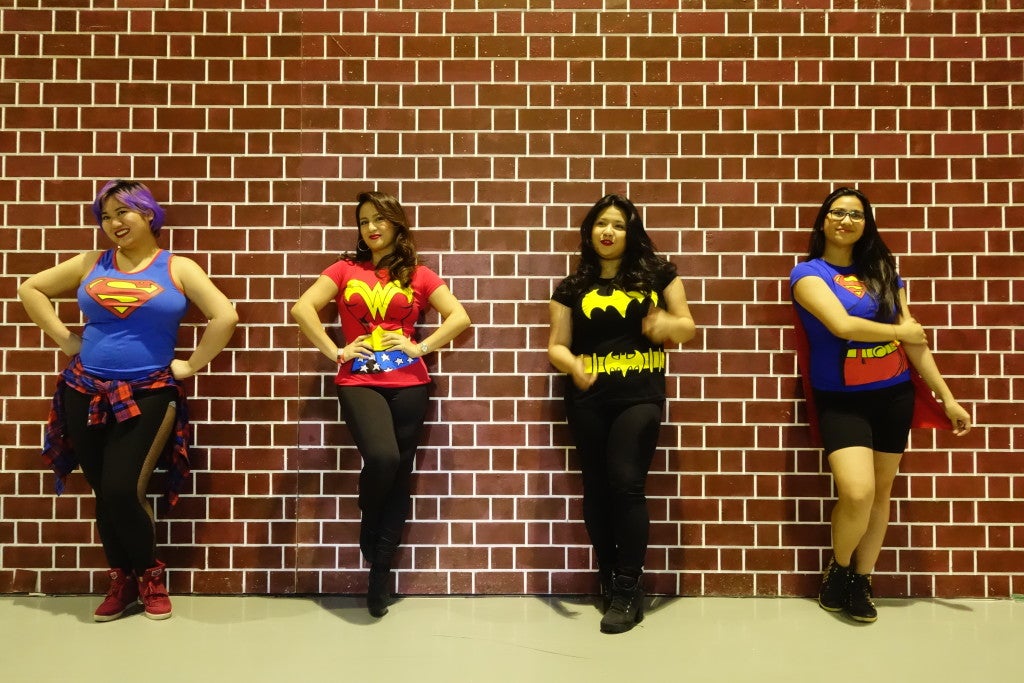 This year marked the 15th chapter of the, a.k.a. ToyCon, and, my, has this Con grown. For the first time ever, it was held at the SMX Convention Center in Pasay City, a venue that is far bigger and more befitting to the stature and popularity of the Con. It was time to fly beyond the confines of SM Megamall, its home up until now. 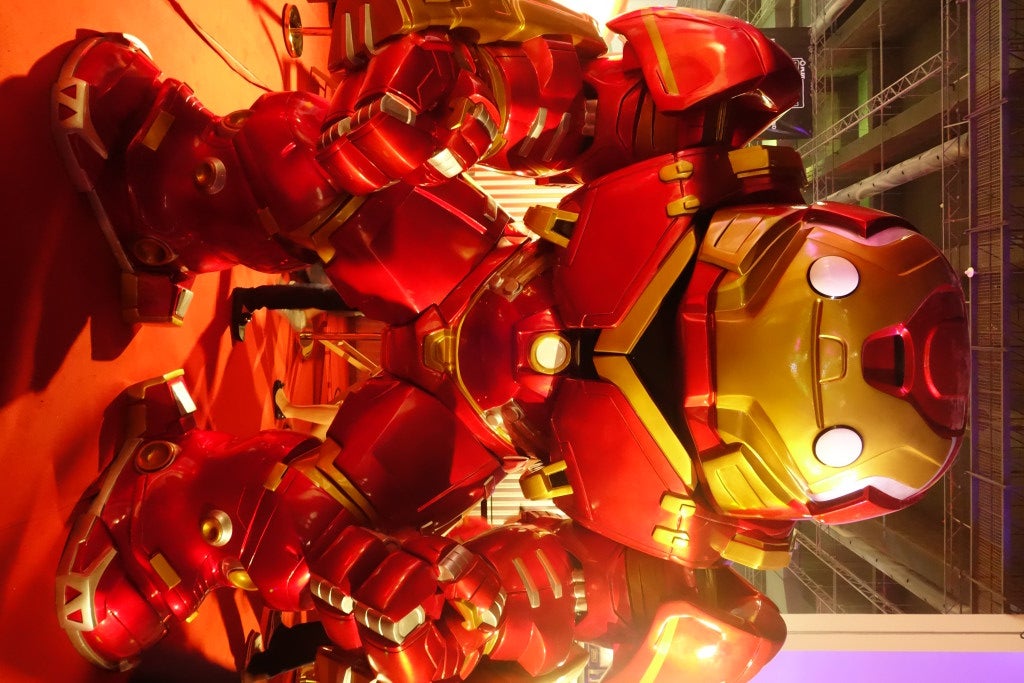 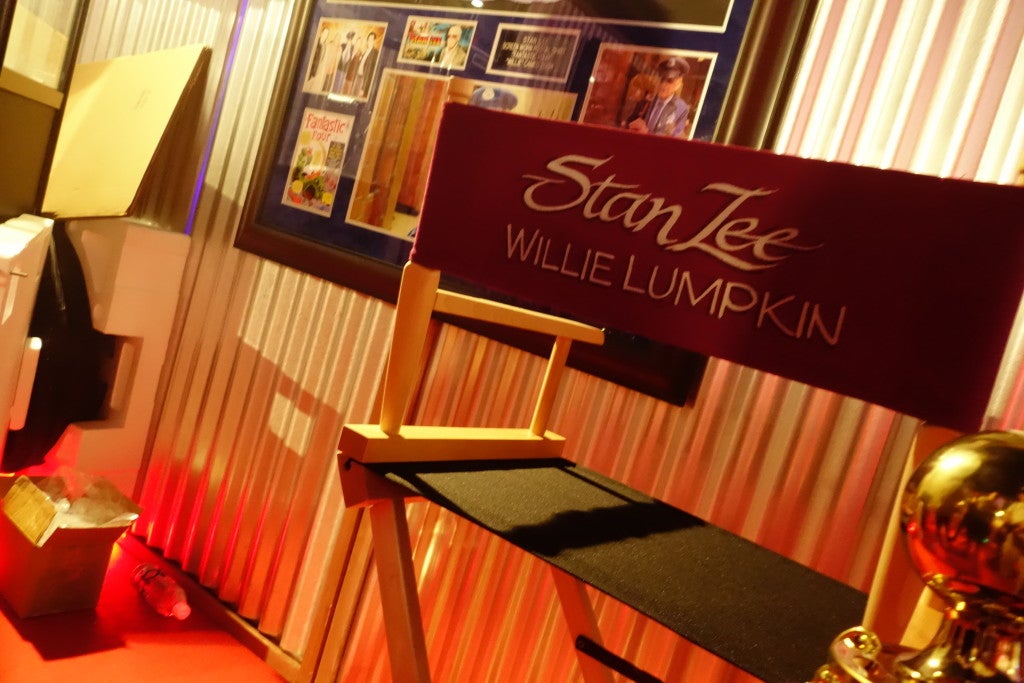 Day One found me wandering the spacious halls of the SMX, bewildered at the sensation of space. At the center of the venue was the Stan Lee Excelsior! Exhibition, a three-room display of Marvel memorabilia from the recent past, mostly props from the MCU movies. Ahead of that was the main stage, where most of the special event would take place and where I spent most of the day. To the left of the venue were the merchants with all their wonderful, wonderful wares. To the right was the gigantic Voltes V statue (unfinished on Day One), the creators’ section where pop culture artists presented their work, the giant Funko Pop characters and the signing booths. 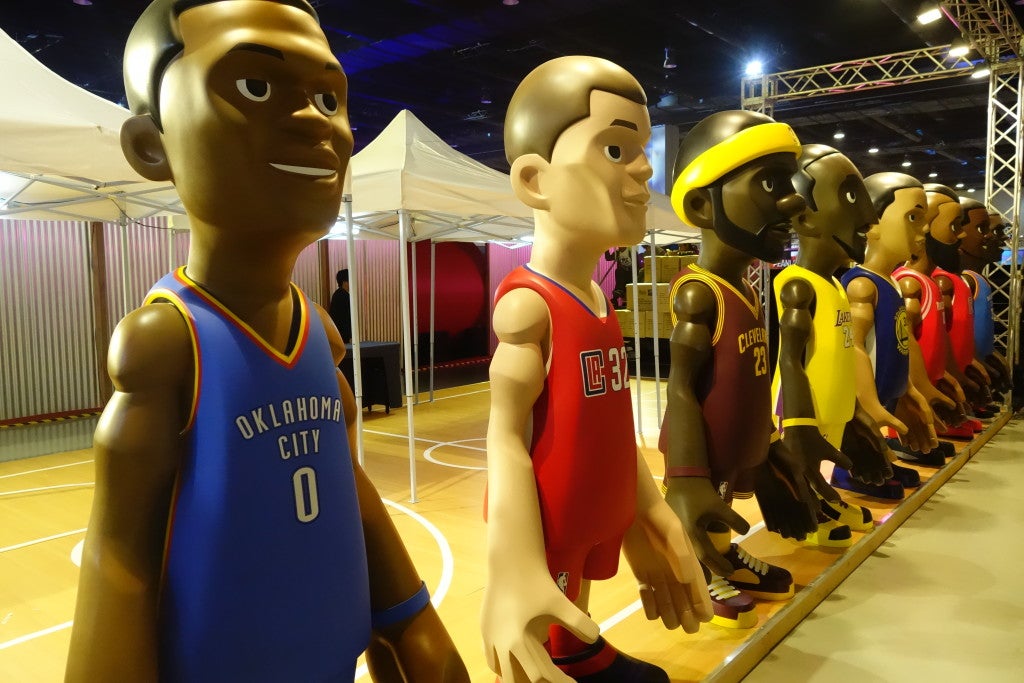 Taking control over the main stage was former CNN anchor and kick-ass bodybuilder slash DJ Hilary Isaac who moderated the media Q&amp;A with the ToyCon’s special guests. The presser started with welcome remarks from ToyCon organizer and founder Cholo Mallillin and partner PopLife FanXperience, the spin-off event of the Salt Lake City Comic Con, America’s 3rd largest comics convention. This was followed by an epic and candid encounter with gentle giant Kristian Nairn, fresh off his powerful death scene as Hodor in the previous week’s episode of HBO’s Game of Thrones. 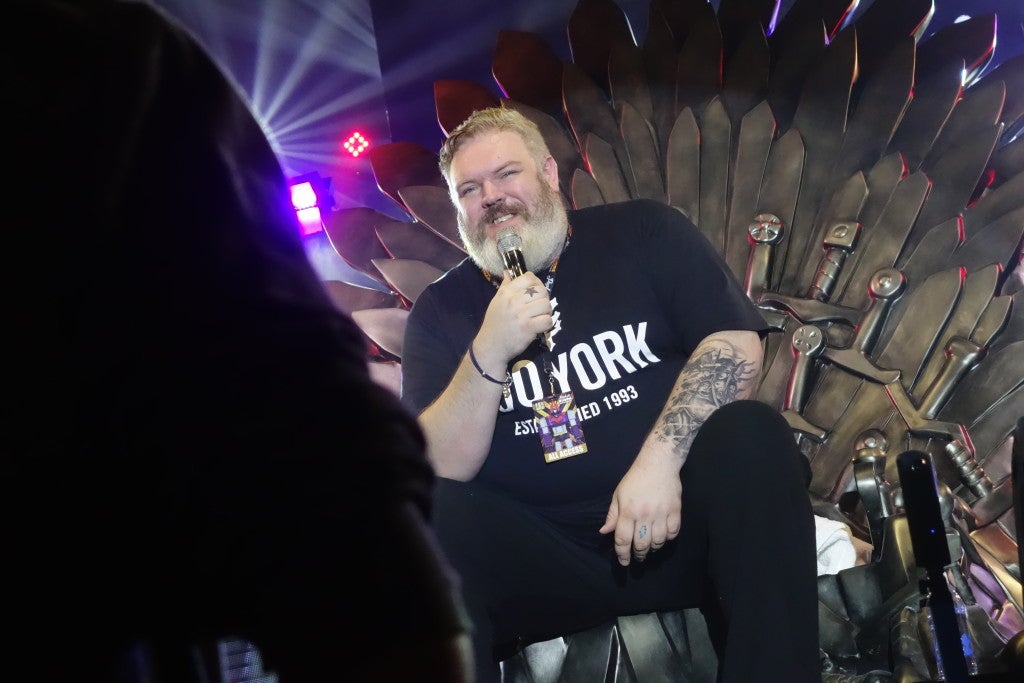 Looking large over the crowd, Nairn held court over the press from a replica of the Iron Throne, gamely answering questions about the show, his career as an international DJ, and his damnable Hodor costume, unwashed for the six seasons that he had to wear it. I asked him whether his character was truly dead or would be coming back in future episode. His reply? I know as much as you do, but I don’t think Hodor would be coming back. But, then again, this is Game of Thrones, where death doesn’t seem to be a hindrance to screen time. And besides, the exact moment of his death was off-screen. 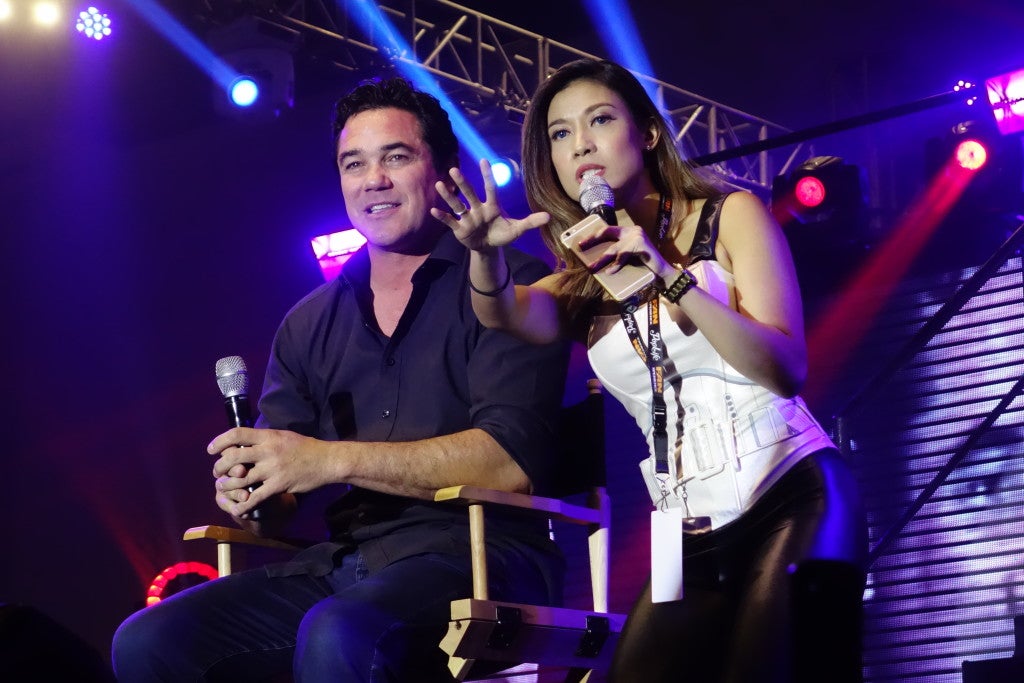 Dean Cain, AKA Superman from the beloved 90s series Lois &amp; Clark: The New Adventures of Superman, took the stage immediately after Nairn, looking great and talking about his new role as Jeremiah Danvers, father of Kara Danvers in WB Television’s Supergirl. Without revealing too much about Season Two, Cain promised some terribly exciting things in store for Supergirl. 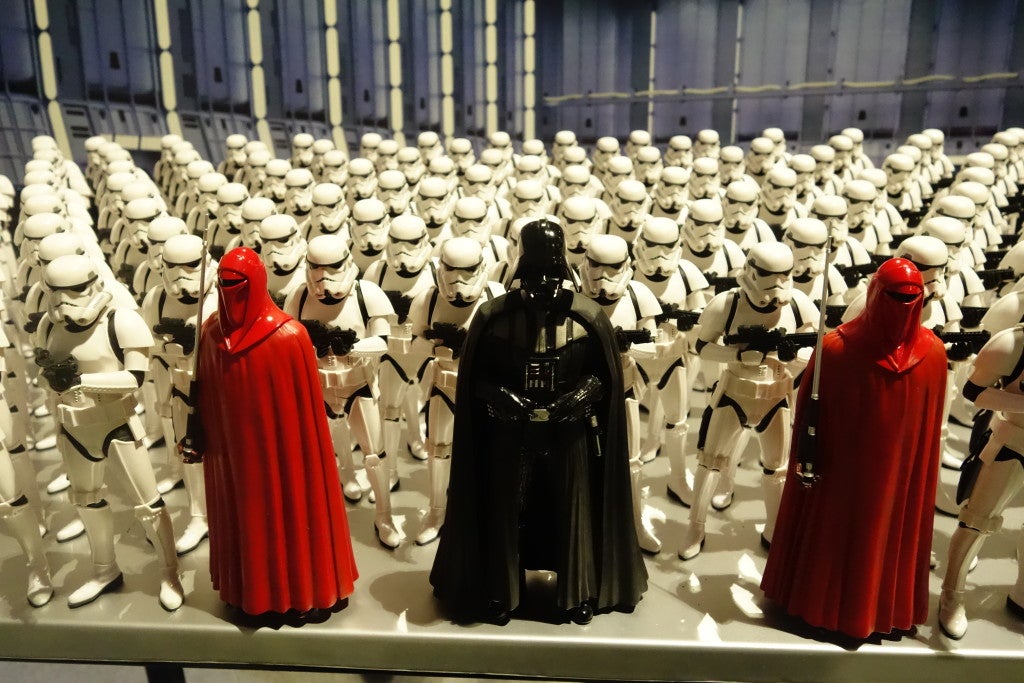 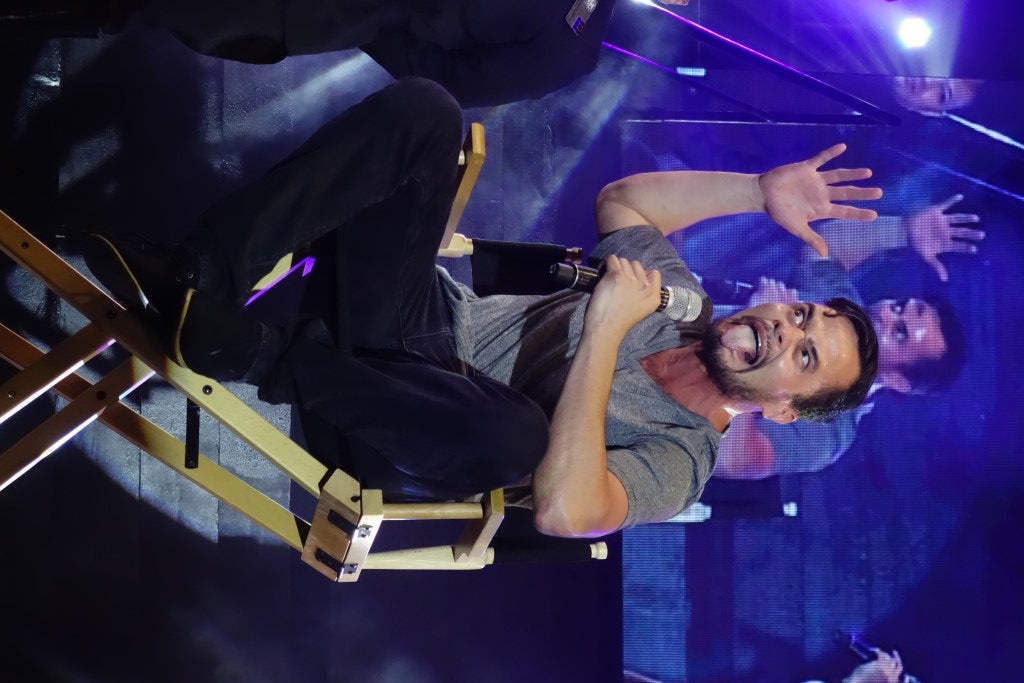 Another genre guest at the presser was Daniel Logan. Logan may not be a household name but he played the young Boba Fett, who would grow up to be one of the most iconic characters in the Star Wars universe, in Star Wars: Episode II – Attack of the Clones. Logan also voiced the bounty hunter in the animated series Star Wars: Clone Wars. Animated, a whirlwind of physical goofiness, Logan talked about how the Star Wars franchise changed his life. We’re all rooting for him to make a future appearance in the Disney series Star Wars: Rebels. 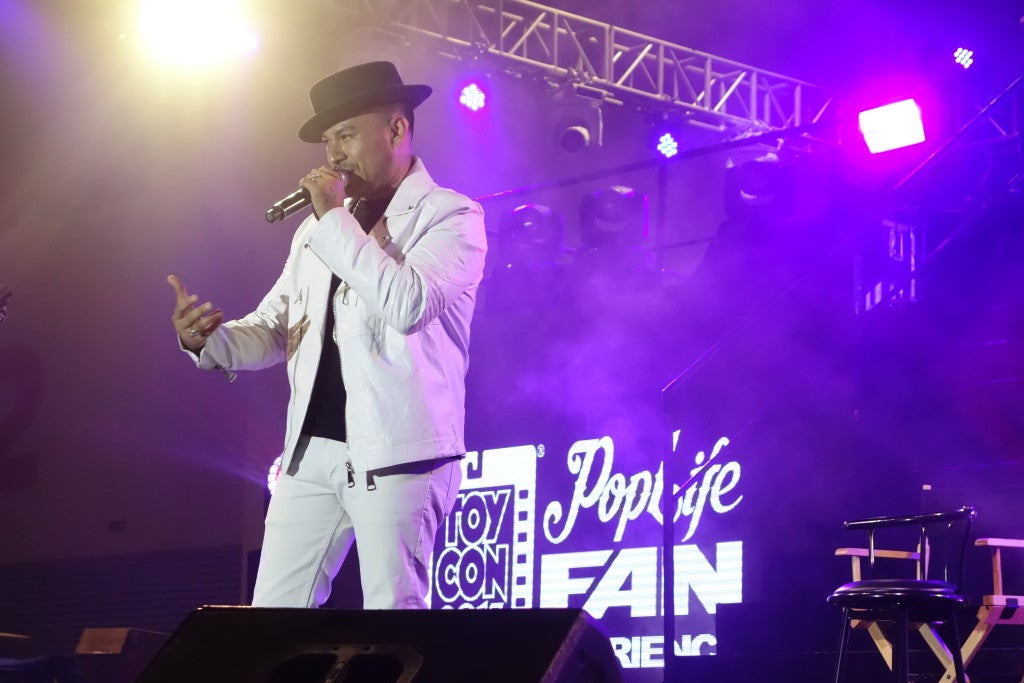 After an intermission number from Mexican R&amp;B sensation Frankie J, two more young lads took the stage, Bronson Pelletier and Kiowa Gordon, who played abs-blessed members of the Wolfpack in the Twilight series. While Twilight remains outside my target demographic (hey I am an old geezer), I found those two to be self-deprecating goofballs who knew how to take care of fans. A surprise bonus to anyone watching was a pushup contest between Pelletier and host Isaac. Isaac threw down the gauntlet which Pelletier gamely picked up. Who won? You’ll have to search for the YouTube video of the smackdown to find out. 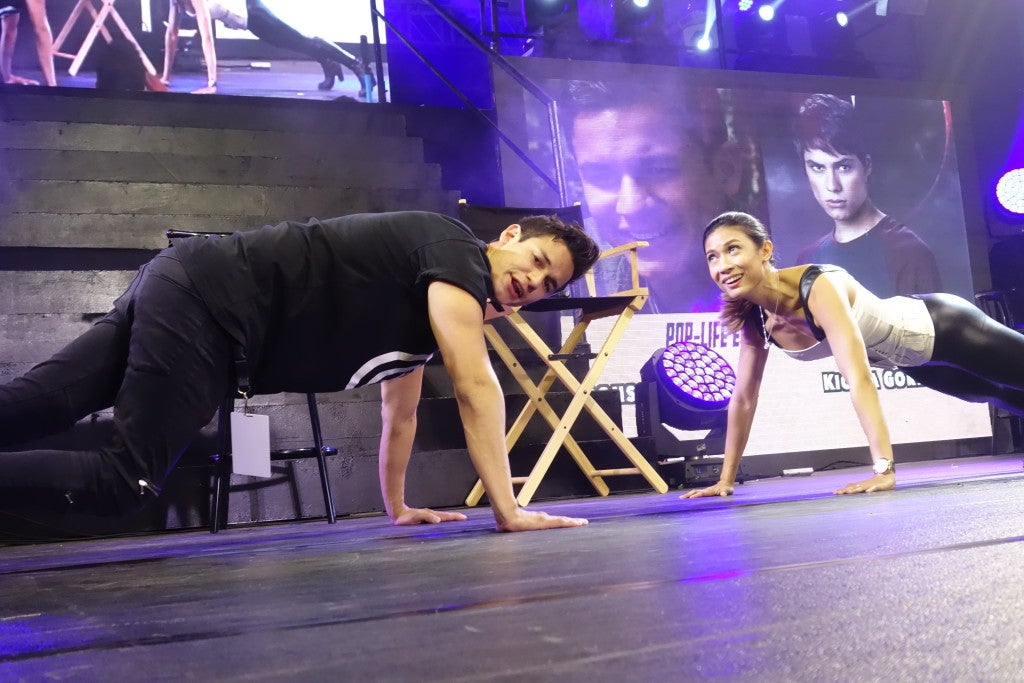 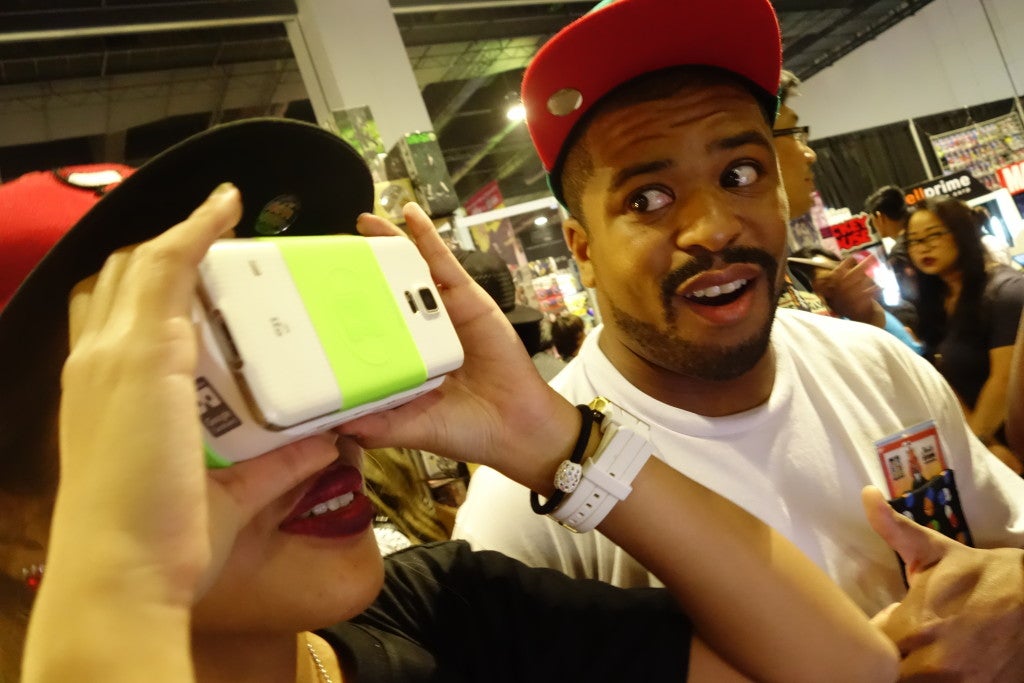 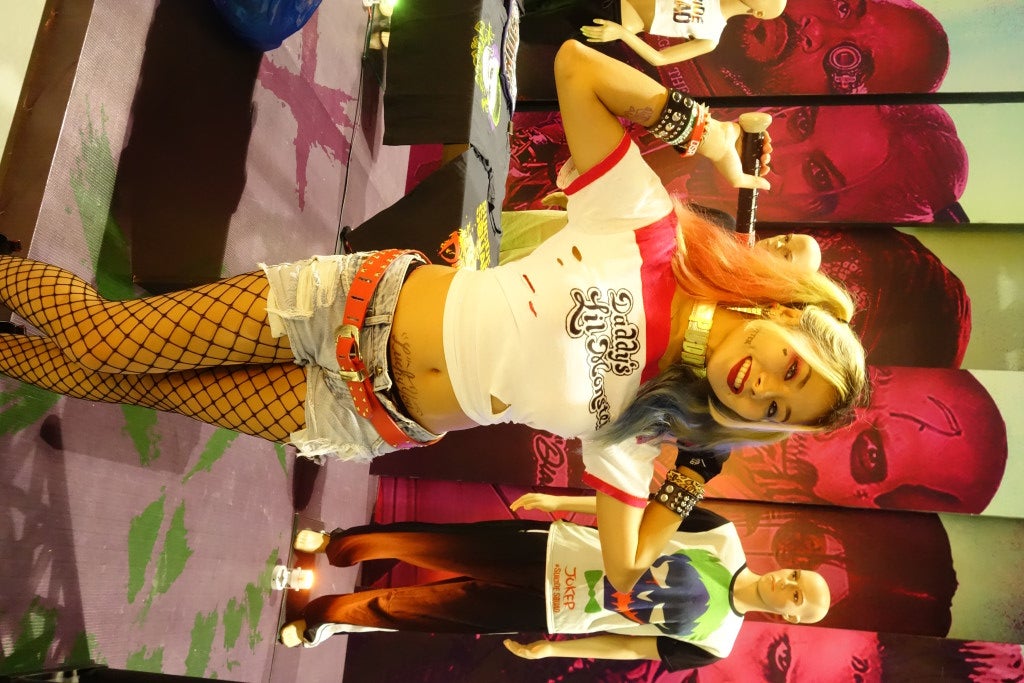 By the end of Day One, I had made about five rounds of the entire venue, stopping at all the booths I found interesting. I met interesting folks like Eric Lang, superstar board game designer, at the Gaming Library booth. I got to talk with the good folks at iflix and Arigatoys. I gawked at the gigantic FunkoPop Iron Man guarding the Stan Lee exhibit. And I bought stickers! Hey, geezers got budgets to follow. Still, the experience would trump whatever I could have bought. Face to face with Hodor, c’mon! That was awesome. Here’s hoping next year brings Gal Gadot and Olivia Munn to ToyCon XVI, eh?

Twitter rolls out its very own stories-like feature called “Fleets”