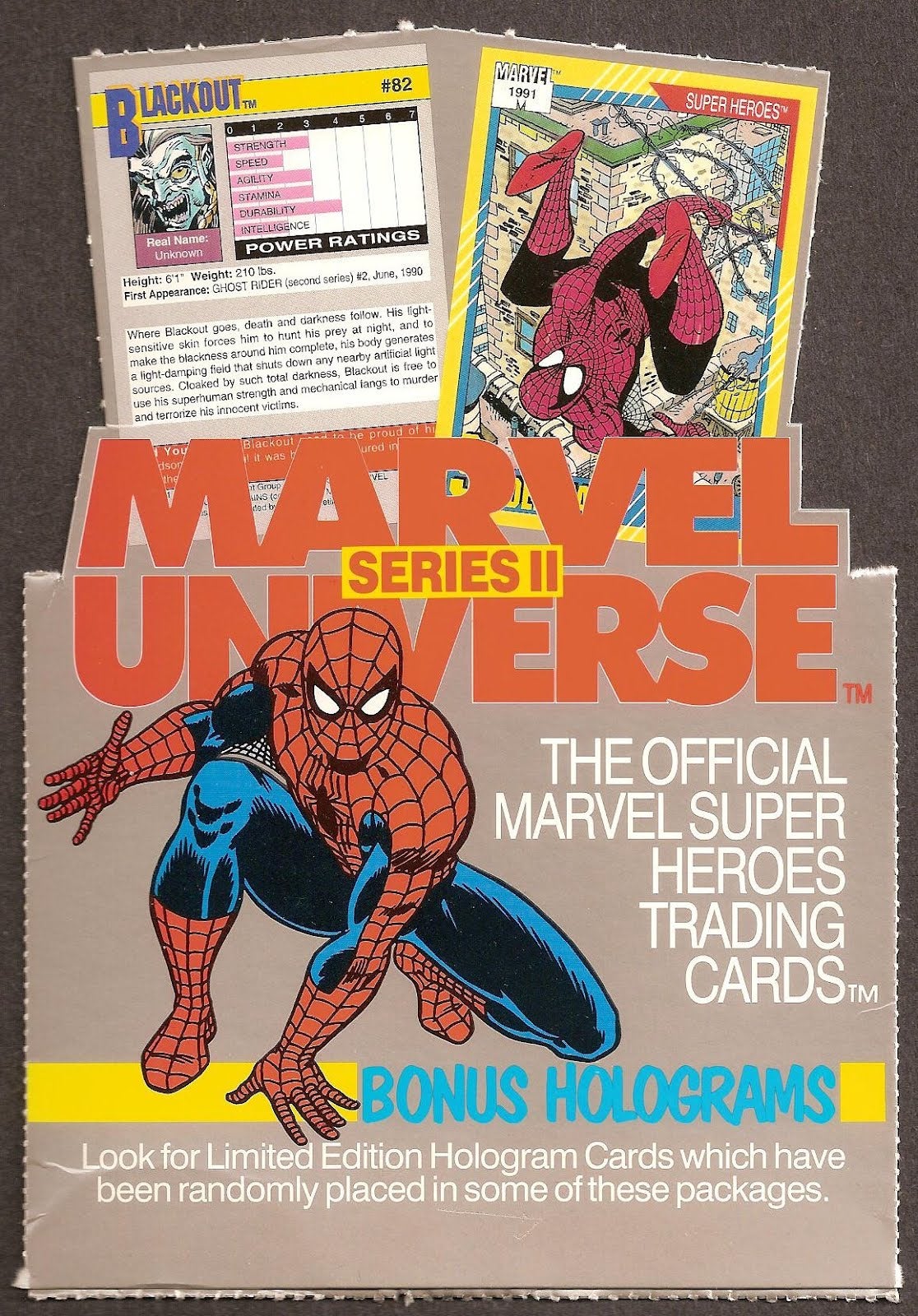 If you grew up in the halcyon days of the 90s, you would know that the label “geek” didn’t always have the charming connotation it now has.

Being a comic book fan back then wasn’t as simple as going online and checking wikis for information. You had to live it. 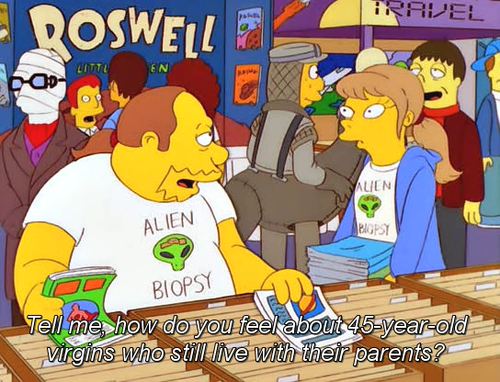 Snobby comic book stores and even snobbier comic book leets filtered out all the wannabes.

Geeks of all persuasions filled their heads with character stats, bios, and other info that has no bearing in real life two ways: through knowledge slowly acquired from years of passionate comic book reading or quickly through trading cards.

In the 90s, nobody did (non-sports) trading cards as well as Marvel. They were the king.

For five straight years, Marvel released one of the most cherished and successful collectible card series of all time: the Marvel Universe trading cards.

The concept was simple enough: 2.5 x 3.5 in. pieces of cardboard with artwork on the front and a bevy of particulars printed on the back aimed to expand current fans’ knowledge of the Marvel universe as well as to get new fans up to speed.

The series that started it all. Each card boasted original art with no artist credit so hardcore fans back then would try to show off to each other by figuring out who drew what. The hilarious “Spider-Man Presents” card sub-set is pure gold.

A bit more sophisticated in design than the first one, this series featured a graph on the back which helped settle a lot of “Who will win in a fight?” arguments back in the day.

Replacing the “Did you know?” trivia section of the previous sets, Series 3 included memorable quotes from each character, predating QOTDs by at least 2 decades.

The most interesting feature of this series is how the cards are grouped in sets of 9 which, when put together, creates one contiguous image.

The last batch of the series. Now-classic crossover story arcs such as Fatal Attractions, Siege Of Darkness, and Maximum Carnage are presented as a polyptych illustrated by the days’ hottest talents were the defining feature of this particular set.

Pre-Google, this was how kids learned more about their favorite comic series.

“Someday, all this info will come in handy,” vowed every single nerd ever. 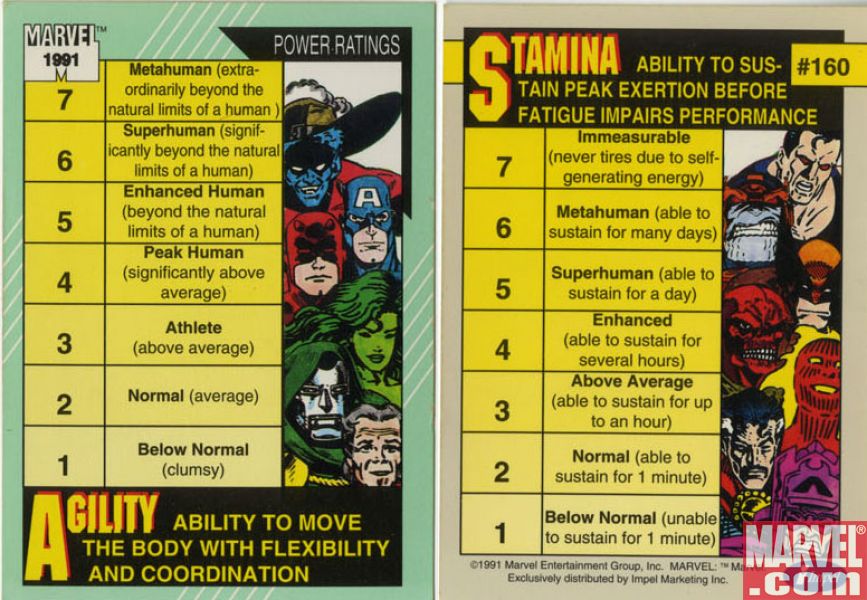 Eventually, these trading card sets branched out to cover various segments of the Marvel universe such as specific comic titles, characters, storylines, and even artist collections.

The focus soon shifted from providing interesting pieces of information for fans to fancy gimmicks intended to draw in collectors such as limited edition hologram sets, foil editions, and artist-painted series on heavy stock cardboard.

Some of the other stunts that were pulled to keep cards interesting were pieces that you put together to make one big poster and a Wolverine trading card set that was actually an in-continuity comic book.

While no longer a huge part of pop culture fandom, Marvel trading cards will always have a special place in the hearts of true-blue Marvelites the world over.

Keep it here at Inquirer POP! for more comic book news and your daily serving of pop culture goodness! And remember, kids: 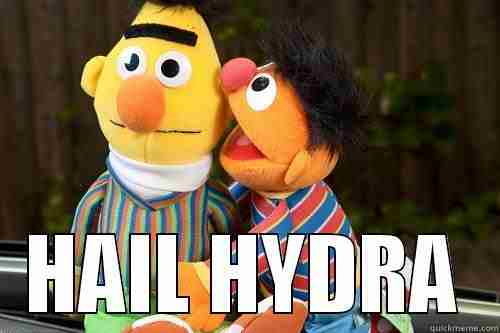