With the release of Star Wars: The Force Awakens in December, Filipino fans are abuzz with everything Star Wars, with Disney Southeast Asia partner Globe Telecom offering a complete Star Wars experience in and beyond the cinema. 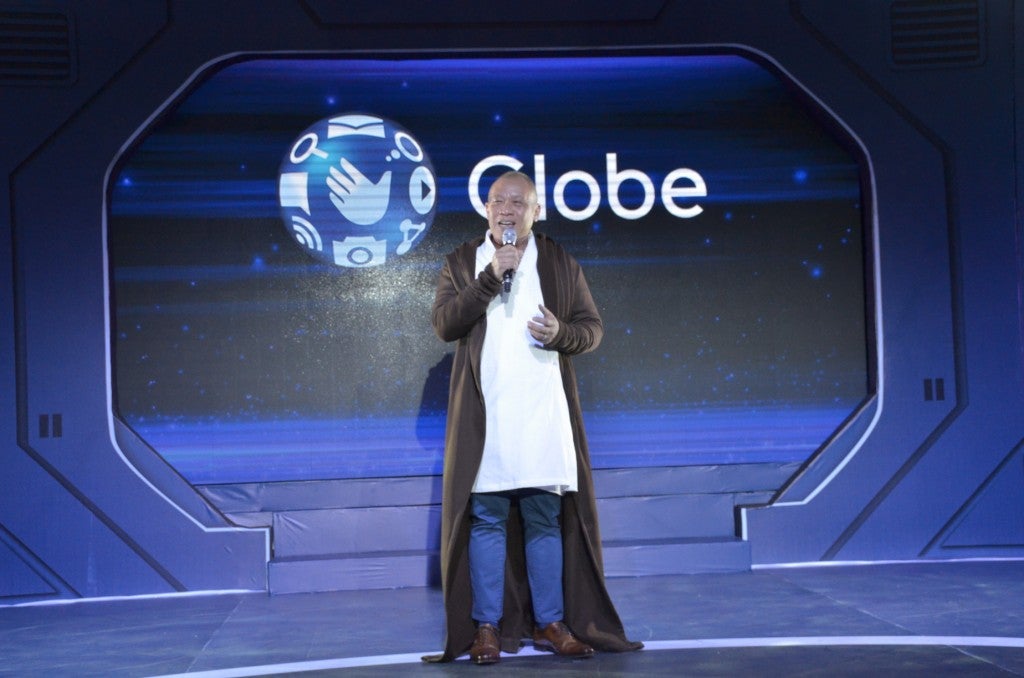 Globe President and CEO Ernest Cu welcomed guests at the recently held Globe event where they announced their partnership with Star Wars: The Force Awakens.

Fans and communities all over the world are gearing up for the much-awaited release of Star Wars: The Force Awakens. With a little over a month away before its premier in the Philippines, the Star Wars fever is definitely heating up with all the social media buzz and on-ground experience that Star Wars fanatics have been raving about. 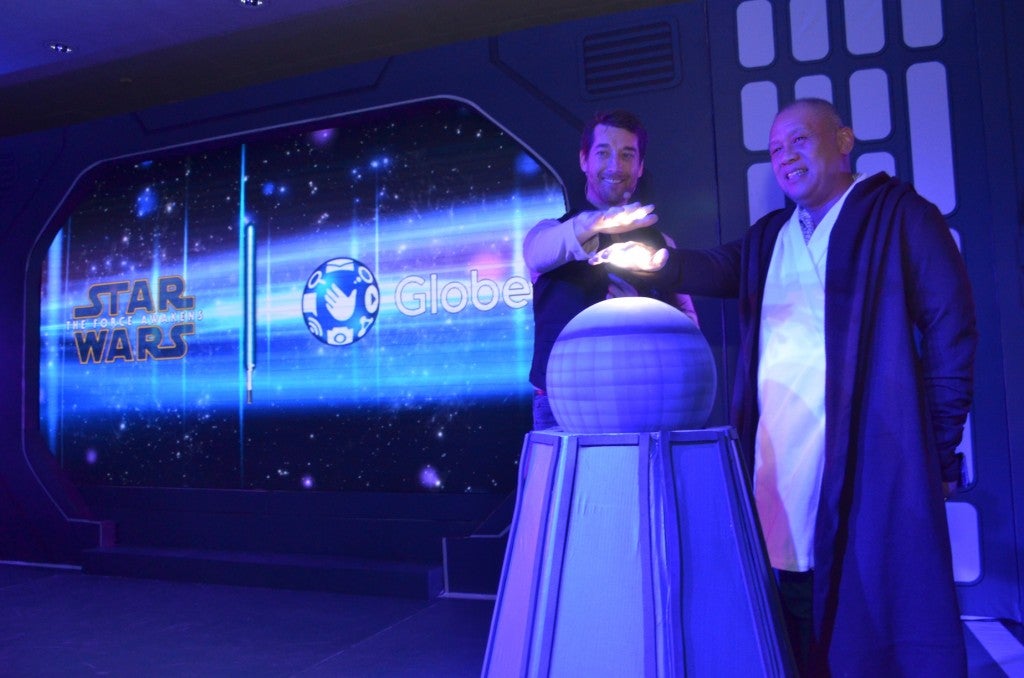 Globe President and CEO Ernest Cu together with Senior Advisor for Consumer Business Group Dan Horan share the stage to reveal the exciting partnership of Globe and Star Wars as part of the telco’s major collaboration with Disney.

Leading the pack is the country’s purveyor of the Filipino digital lifestyle Globe Telecom, whose partnership with Disney Southeast Asia allows the leading telco to bring the Star Wars fever to a new level with a series of experiences and offerings in anticipation of the movie premiere this December. 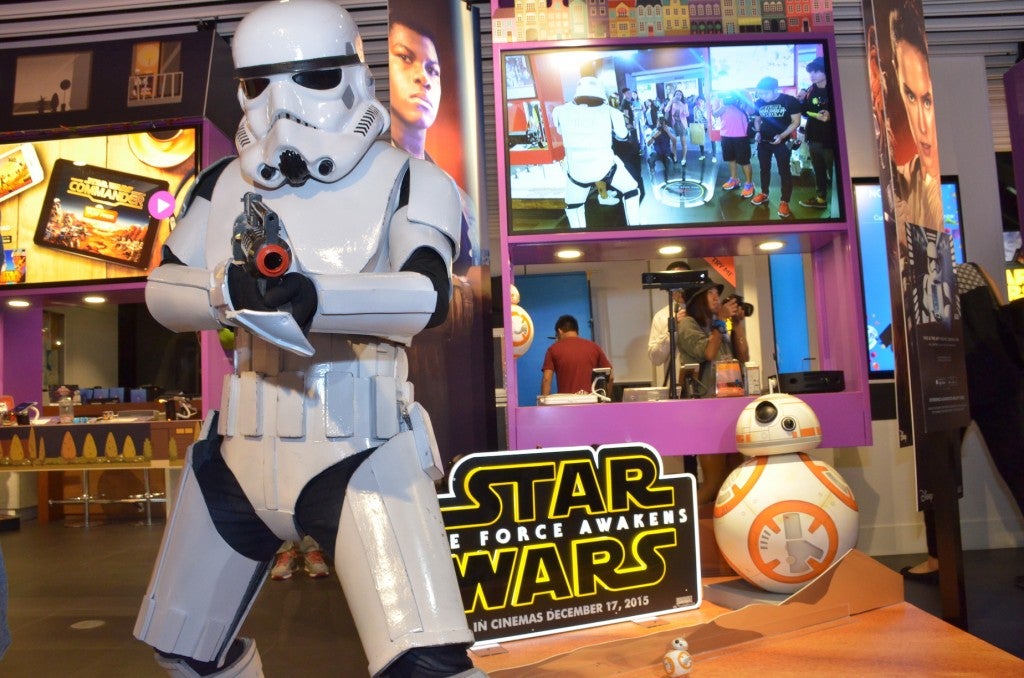 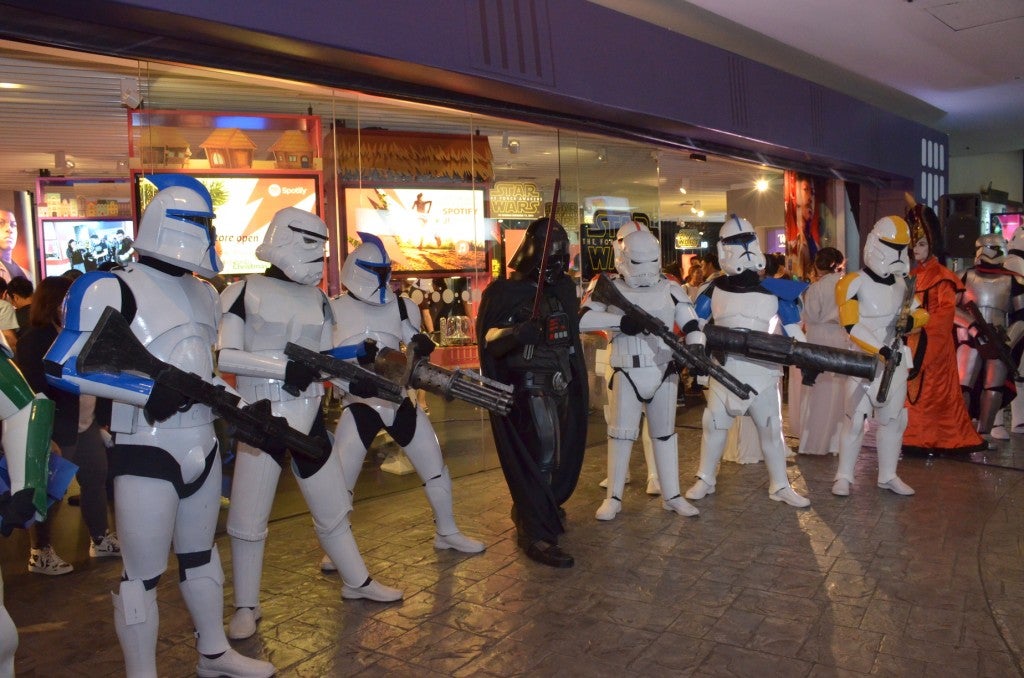 The Globe GEN3 store in Greenbelt 4, Makati was decked out in full Star Wars fashion – from games to gadgets – that customers will enjoy. 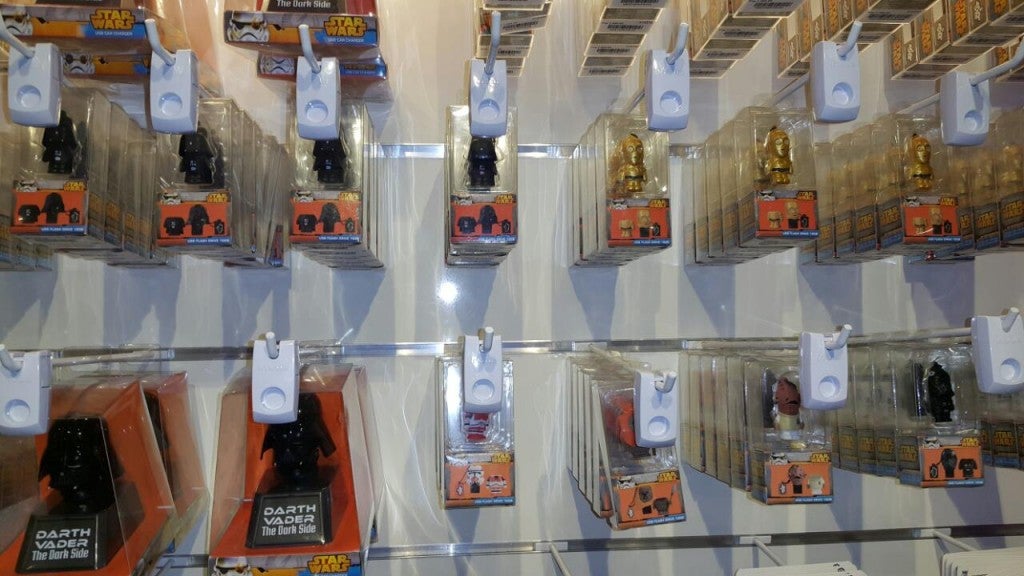 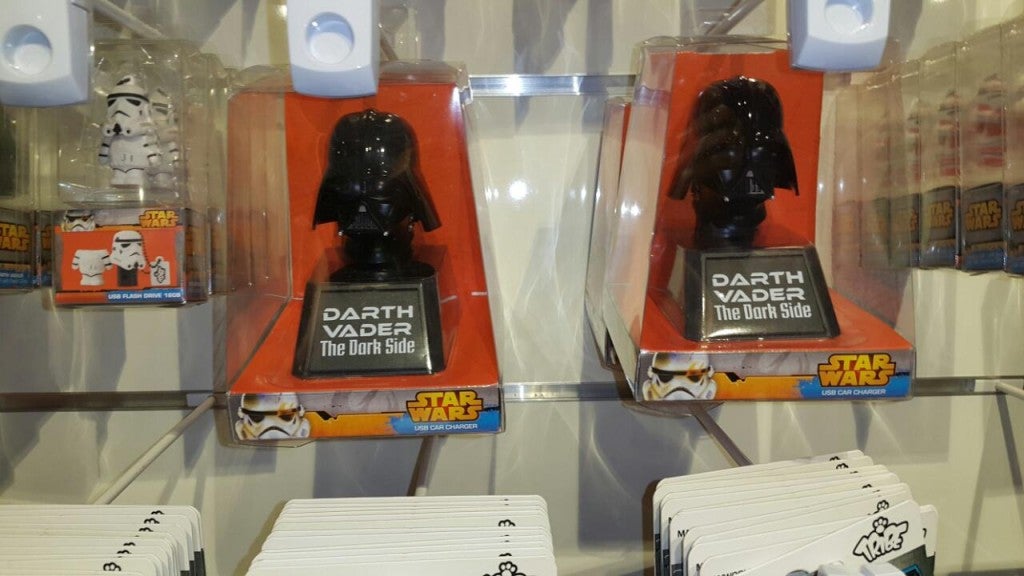 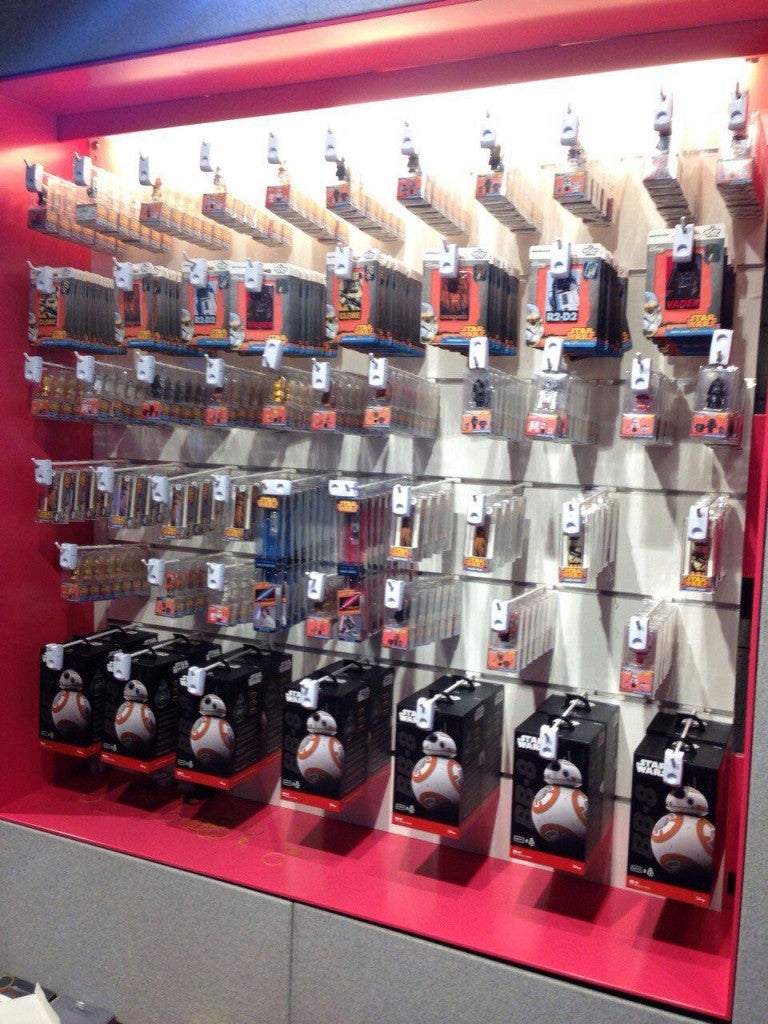 “Our collaboration with Disney and its brands such as Star Wars allows us to bring more wonderful experiences to our customers: from exclusive theatrical releases to innovative offerings. As the Star Wars fever heightens in the Philippines, we want to ensure that we do not just give our customers exclusive access to the premiere but also transport them into the Star Wars galaxy. From arcade games like the Star Wars: Battle Pod available in our GEN3 stores to gadgets and toys such as the BB-8 Droid by Sphero as part of our digital connectors line-up, we want our customers to be part of a complete Star Wars experience with all these offerings,” said Dan Horan, Senior Advisor for Consumer Business at Globe. 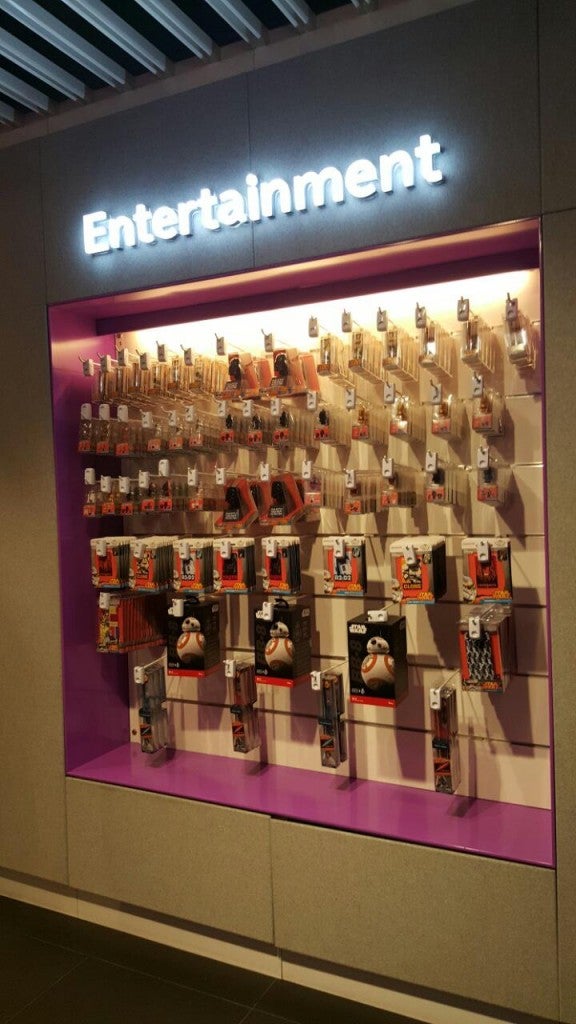 Recently, Globe also announced the availability of the most in-demand Star Wars toy to date, the BB-8 Droid by Sphero, in its GEN3 stores. Through an exclusive deal with the industry-leading robotics toy company Sphero, Globe is the only telco company that carries this product in the country. Offered at P12,499.75, the BB-8 is iOS and Android-compatible, housed in a durable polycarbonate shell and boasts of a Bluetooth smart BLE connection of up to a 100-feet range. 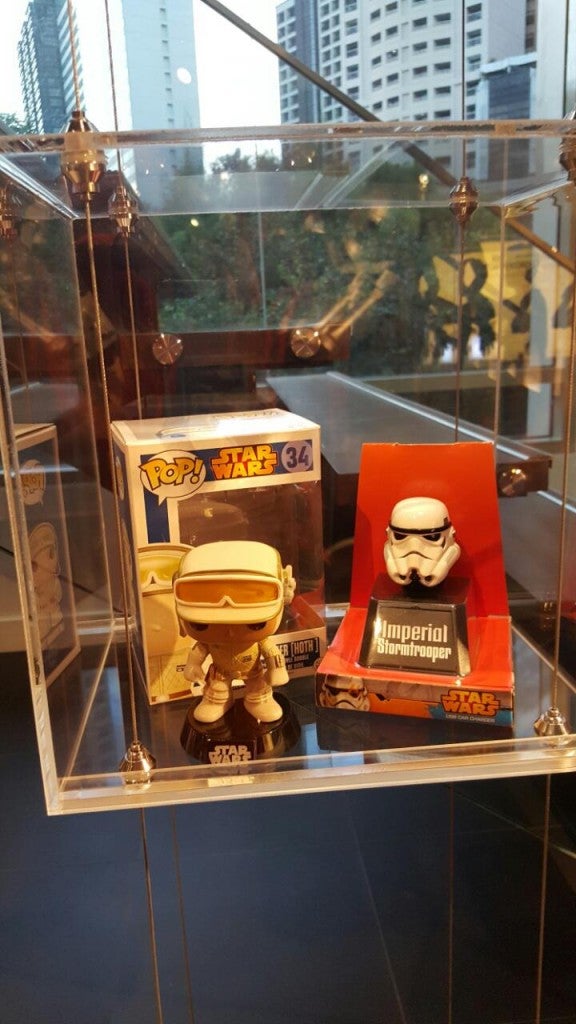 The Globe GEN3 stores carry a wide array of exclusive Star Wars gadgets that customers can purchase such as flash drives, powerbanks, car chargers, and toys such as the BB8 droid and collectible Funk-O-Pop figures.

In May this year, Globe signed a comprehensive and multi-year collaboration with Disney Southeast Asia, giving customers access to video-on-demand, interactive content, theatricals, promotions and other related services across multiple devices.. Globe customers will now have access to an array of Disney content offerings including long- and short-form programming, interactive content and games, theatrical releases and retail promotions.